The cost of scheduling an FCS opponent, in ticket sales 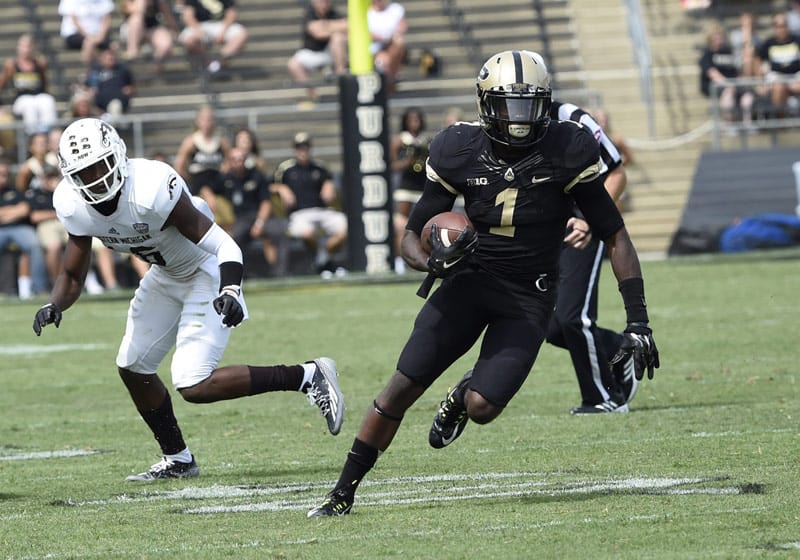 Though it’s terribly in vogue for FBS programs to schedule FCS opponents for the opener, it’s a practice that catches up with teams in one way or another.

While the most obvious detractor is a hit to strength of schedule—all the more important in the new College Football Playoff era—another equally worrying knock-on effect is a dip in ticket sales.

Think about it: Would you rather buy a ticket to see Arizona State play FCS Weber State or Arizona play UNLV?

The truth is, some programs “get away” with scheduling an FCS foe in Week 1 because—after eight months of basketball and baseball—fans are desperate to see their new-look teams play, even if it’s against a smaller school from a lower division.

Though some fan-bases are more enthusiastic than others, the bottom line is that FBS-FCS games aren’t good for ticket sales. While this might seem truer for power-five teams, the negative effect is actually more significant for programs from the smaller FBS conferences who already struggle to get people to games.

Take a look at the nine home teams in Week 1 who suffered the biggest drop in attendance from their average fill rate in 2013. It’s no coincidence that eight of these schools opened up against an FCS opponent.

The truth is, Nevada’s home attendance dropped as the 2013 season progressed and the Wolf Pack lost six of their last seven games.

It will be interesting to see how many folks turn out for this Friday night’s game with high-flying Washington State, the first power-five team to visit Reno since Cal did in 2010. Nevada won that game 52-31 in front of a crowd of 28,809.

Even though Pitt plays its home games at Heinz Field—also home of the NFL’s Steelers—it’s been successful selling seats, averaging almost 50,000 fans per game last season.

This is a fan-base that buys tickets based on the quality of the opponent, selling out its home opener last season against Florida State and shrinking to 40,249 in Week 2’s game with New Mexico.

With a 5-10 record at home since 2012, you can’t blame Illinois fans for not turning out in record numbers to see the Illini beat FCS Youngstown State 28-17.

Arizona State stands out on this list because it is a power-five program that is coming off a banner season, as opposed to being stuck in a losing rut. The Sun Devils’ 10-4 mark in 2013 was the best finish since 2007, making it realistic to predict a throng of Fork fanatics at the home opener.

Instead, the 52,133 that showed up last Thursday night was the fewest at Sun Devil Stadium since last season when only 50,104 turned out to watch ASU pound Colorado 54-13. It was also 3,610 less than the crowd at the 2013 home opener against FCS Sacramento State.

Compare this to Michigan State, which sold 75,127 tickets in a stadium that holds 75,005 for its 2014 home opener with FCS Jacksonville State.

It’s a credit to Purdue fans that they averaged nearly 49,000 at each of their seven 2013 home games, six of which the Boilermakers lost. The last time Purdue won at home was in last season’s Week 2 showdown with FCS Indiana State, when 50,165 fans packed in to watch the 20-14 victory.

It’s key to remember that the Spartans are just one season removed from an 11-2 record and a No. 21 finish in the AP poll, both first-ever achievements.

Though the Spartans regressed to 6-6 last year, they still managed to attract an average of 16,354 to their home games including selling 23,574 tickets for the season finale—an upset win over No. 16 Fresno State.

Before you bemoan the mention of Akron’s ticket sales—come on, aren’t they horrible?—remember that the Zips went 5-7 last year, the best finish since 2008. Yes, this is a program that went 3-33 from 2010-12, making five wins in ONE season look like Eureka.

Even though Ball State has only lost one home game in the last two seasons, it has trouble filling seats at Scheumann Stadium.

What makes the numbers surprising is Ball State’s 10-3 mark last year, its best finish since 2008. Given this, it’s hard to say what the Cardinals need to do to fill seats, but games with FCS Colgate surely aren’t the answer.

The program that suffered the biggest attendance drop in Week 1 was Northern Illinois, a team playing its first game since 2011 without super-stud quarterback Jordan Lynch.

Is this a fan base that watched its team beat Iowa and Purdue out of conference play last season quietly making the statement, “We deserve better?”

Actually all of these schools started class on or before August 25th, so all of the students are back on campus for these games

If you read all of the article, you would have read that the list is the 9 greatest drops in percentage of stadium fill rate, 8 of which happen to be for an FCS matchup.

And N.Illinois played in steady rain all night long. Good theme Amy but factor in weather as well. That said,it’s frustrating to see SJSU’s attendance down even against a FCS team. But in the short term,wins are critical…win and people will come.

You can’t factor in weather when the article is strictly based on numbers.

Yes, but it could be mentioned as a possible factor for decreased attendence

This is a great study just to show that attendance is down across the board. The SEC will be scheduling Big 5 Conference teams in the future and to say it’s just for strength of schedule is naive on their part. They are doing it because it’s hard enough to fill the stadium for any game at this point. FCS schools get a large payday for providing a guaranteed win to these Big 5 schools and fans not buying tickets to a game that is costing the school money to play doesn’t make fiscal sense. There was a time fans would pay to see a team play catch by the time the first game arrived. Those days are gone for now. Great stuff.

Bill, the author explained why the Pudue-Western Michigan game was included, read the article.

Attendance is tickets sold plus free passes, not actual number of people that attended the game. Most of these attendance figures are off by 25%. People stay home when a terrible team visits.

That’s fine, but there isn’t a source that will provide the actual number of people in the stands.

5 of the 9 schools on the list are non-power 5 conference teams. Pitt, Illinois, and ASU don’t have much of an excuse, but as for Akron, SJSU, Ball St., N. Illinois, and Nevada this article mainly illustrates how many of these non-power 5 conference teams are between a rock and a hard place. They have to fill out games on a schedule. Most power 5 teams don’t want to come to their stadium. They do not have a humongous following amongst their own fans. There are not a lot of geographically close FBS teams who are not already in their conference and who would be willing to come play at their stadium. Conversely, the inclusion of Purdue on this list indicates that many fans don’t distinguish that much between a lower level FBS team and an FCS team.

Well, two points. First, an FBS school could schedule an FCS school that travels well like North Dakota State and their fans would pick up any slack. Second, if you aren’t selling out your home opener, maybe the opponent isn’t the problem.

Fans are getting smarter, atleast some. Why pay a high price to see a crap game that will be decided in the first quarter when you pay the same price to see a good game. The schools don’t lower prices for the FCS schools. Playing FCS schools should be banned, it’s like the MLB playing their AA team and getting a victory in the standings. FCS schools have 22 less scholarships, lesser facilities, smaller players, etc…The FBS win was like 95% last year.

This is one of the reasons B10 is phasing out FCS games. Not only are the game not always sold out but the FCS schools have been upping the prices every year, they are costing 800 or 900K now. Adding an extra conference game saves 900K a year, better game for the fans, and better attendance. Instead of having 14 teams in 6-1-1 format B10 will have 6-3 format which means a lot more big profile cross overs with OSU, Mich, MSU. PSU vs west teams of WI, Nebraska,etc… for instance. Eeven newcomers lke Rutgers are selling out their B10 home games even though they will likely get beat. Also those cross overs are guaranteed to be national tv games over another FCS game.

B1G is currently 6-2 format except for IU and Purdue.

B10 did 6-2 just for a transition from the previous 6-1-1 and future 6-3 except Purdue and Indiana which will have a guaranteed cross over.

To Author or KK. Where did you obtain your attendance figures as I am big on recording and charting attendance and every major sports website for some reason has not released them with their box scores? Thanks, love the site.

Jack,Phil Steele is a great source for attendance figures.

Thanks, totally skipped him.

The capacity at Sun Devil Stadium actually went down to about 66,000 due to renovations. However, a lot of the ASU faithful would rather be doing elsewhere than sweating in a 100 degree stadium on a weeknight watching a game that was over at halftime. I’m not a fan of hosting these FCS teams, but realize there are a lot of issues to football in the desert in August.

Do it like Oregon does it,..Package the game around a top ten opponent….With a standing room only crowd of 57,388 at Autzen Stadium last Saturday against South Dakota, the Ducks ran the nation’s third-longest sellout streak to 97 consecutive games (cap. 54,000), dating to 1999.

The percentage of empty seats in these games was compared to the entire average from the 2013 season, not just a particular game.

Thursday night in San Jose, with the Bay Area traffic is not surprising. Probably about 5,000 more people if the game is on a Saturday evening.