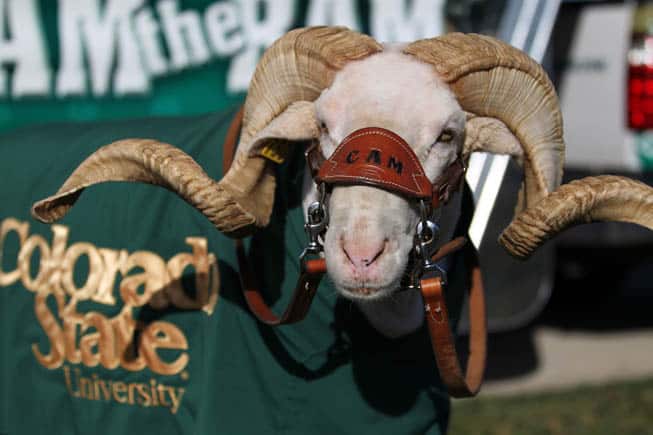 The Colorado State Rams have completed their 2014 non-conference football schedule with the addition of Boston College and UC Davis, the school announced this evening.

Colorado State will host UC Davis at Sonny Lubick Field at Hughes Stadium on Sept. 13, 2014. Two weeks later on Sept. 27, the Rams will travel to take on the Boston College Eagles at Alumni Stadium in Chestnut Hill, MA.

The only previous meeting between Colorado State and Boston College was in the 2003 San Francisco Bowl. BC defeated CSU in that game 35-21 on New Year’s Eve.

“This will be a great opportunity for our team to play a really quality opponent from the ACC and showcase our great University on a national level,” said Colorado State Head Coach Jim McElwain. “It’s great for the Colorado State fan base and is really going to help our program as we continue to build toward a sustained level of excellence that we expect at Colorado State University.”

Colorado State opens the 2014 season vs. in-state rival Colorado on Aug. 30 at Sports Authority Field at Mile High in Denver. The Rams then kick off their home schedule on Sept. 6 against the Tulsa Golden Hurricane, who will be playing their first season in the American Athletic Conference.

The Mountain West will not release their 2014 conference football schedule until the Spring, but the opponents for each member are known.

Looks like C-State wanted to fill up their non-con only with teams that wear gold helmets.

What about the Colorada State vs UTEP game? That was the 2nd game in a Home and Home contract. Was it rescheduled?

UTEP bought out of the game.