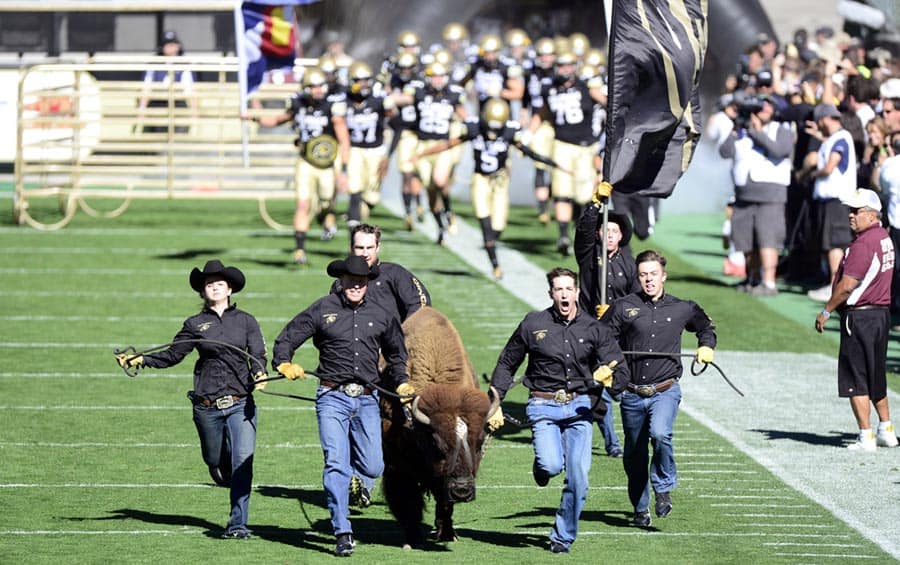 The Colorado Buffaloes and the Georgia Tech Yellow Jackets have scheduled a home-and-home football series for 2025 and 2026, both schools announced today.

In the first game of the series, Colorado will host Georgia Tech at Folsom Field in Boulder on Aug. 30, 2025. The Buffaloes will then travel to take on the Yellow Jackets at Bobby Dodd Stadium in Atlanta on Sept. 5, 2026.

Colorado and Georgia Tech have never met on the gridiron, but they do share a close bond. The two schools were both named National Champions back in 1990. Georgia Tech was crowned by the UPI Coaches Poll, while Colorado led the AP Poll.

“It’s important for us to play games in parts of the country where we can’t get to very often for our alumni bases, and we have a good one in Georgia,” CU athletic director Rick George said. “It will be a terrific high profile series, and I am sure some fans will use it to settle the bragging rights back to 1990.”

Georgia Tech is the first announced non-conference opponent for the Colorado Buffaloes for both the 2025 and 2026 seasons. According to CU’s release today, they are also holding spots for in-state rival Colorado State for 2023 and beyond.

The Yellow Jackets now have two non-conference games scheduled in 2025 and 2026. Georgia Tech is also slated to face in-state rival Georgia to close each regular-season.

another “early” schedule announcement, to get the attention of those 4th graders, who’ll be playing in these two games…..