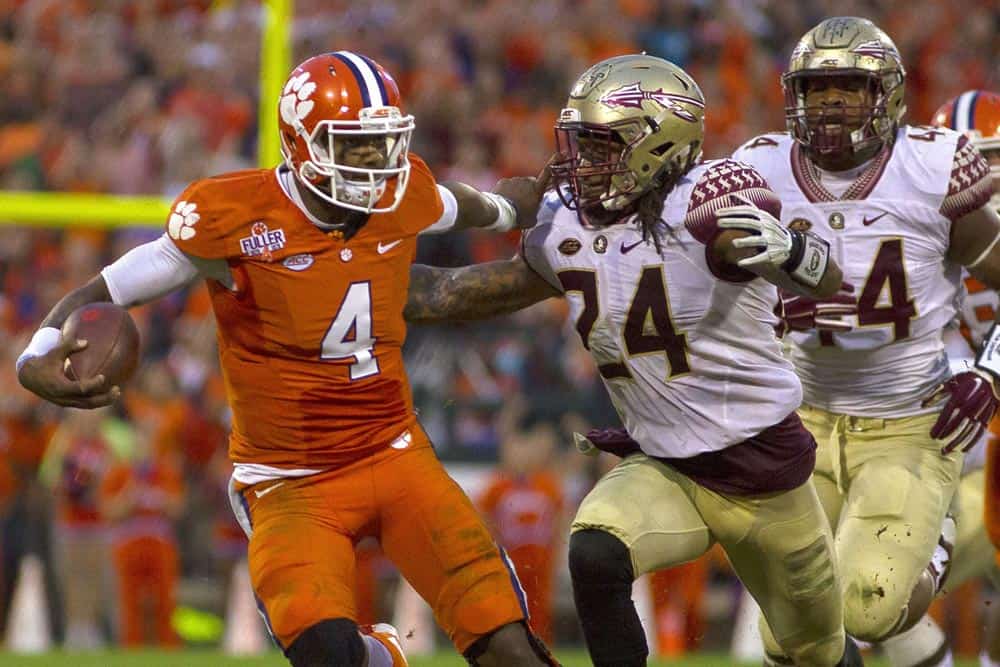 I wish Fox could compete with ESPN/ABC. But clearly they can’t if they have to put Utah vs UW at midday instead of primetime.
Also, FOX won’t gain anything from airing Stanford vs Arizona at 8 PM.

I also don’t get why CBS just does the 1 game a week. What else do you have going on at noon that’s so important? They should make a play for additional SEC / AAC games.

Fox is competing with ESPN better in NFL games & other sports, due to the fact that the PAC-12 is down this year I would agree about the Stanford vs Zona game.
As for CBS & one game deals, most of the time they will add on an 8pm primetime game with SEC teams as the year goes on, not sure if its going to happen this year or not.

I’m not sure why FOX decided to put Oklahoma-Kansas in primetime on FS1 instead of Washington-Utah. I would have switched those games. Putting the game on the broadcast network in primetime wasn’t an option as FOX will have Game 4 of the World Series that evening.

Next year, FOX will have 25 Big Ten games to televise which will likely result in more telecast windows on the broadcast network, probably in the mid-afternoon time slot. So for a comparable week next year, you might have Michigan-Michigan State at noon and Washington-Utah at 3:30 leading into a World Series game.

I think CBS should have more SEC night games, in some weeks they air a C-USA game or MWC game in the afternoon instead. For weeks where CBS has an SEC game at night ESPN would just have to air a different conference in the night slot.

CBS only has the rights to one SEC night game per season. ESPN generally puts their best SEC game in primetime each week and they aren’t going to give that up.