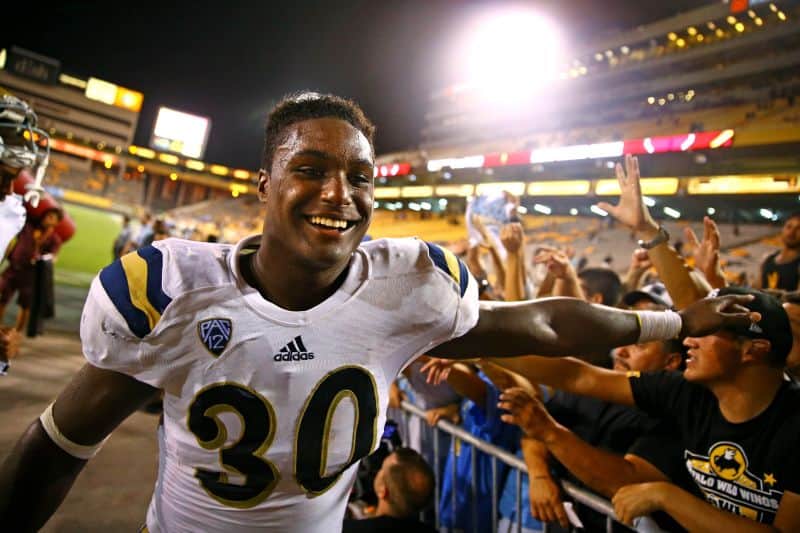 Every Monday, the five power conferences announce their football TV schedule for the weekend after next. Announcements are also made by the American, C-USA, MAC and others. Today, selections were announced for the weekend of Oct. 11, 2014.

The remainder of times and TV for the weekend of Oct. 11 are listed on each team’s 2014 football schedule.

Did the SEC announce the Tennessee / Tennessee-Chattanooga game time? Or is it a six-day hold?

It has been announced for 4pm. Updating the post now.

I will be glued to the TV

no abc 8pm game that weekend?

Love the strike through on the Shootout – someone has a sense of humor.

Glad someone else caught that…it still rankles me to call it the “Showdown”. :)

CBS is scheduled to have 2 games that week. 2 of the 6-day option games will be on CBS, while the other 3 will be on the ESPN family of networks at prime time. Looking at the ESPN TV listings for that day, it appears as if there will be a 6 PM and 9 PM game on ESPN, which would probably be an SEC East and SEC west game respectively. The other game would be on ESPNU at 7 PM

one game will be sec network night game

You’re right actually. ECU @ S Florida is scheduled for 7 PM on ESPNU, and Ch So @ Vandy isn’t on SECN.

You can expect the 8PM game on ABC a week from Saturday to be ND @ FSU with the GameDay gang right behind them; expect confirmation within 30-45 minutes. Thank goodness this Saturday’s NASCAR race is the final night race of the year.