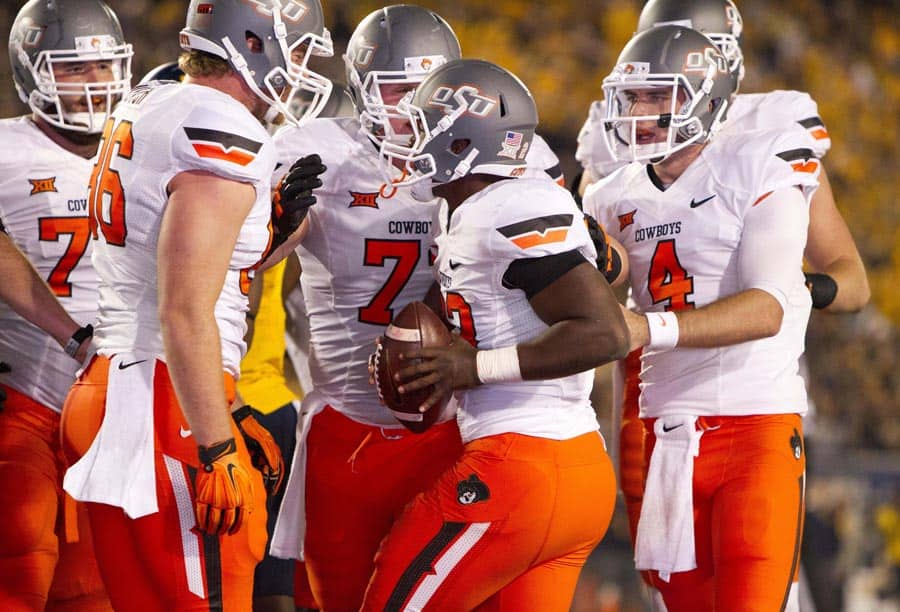 Every Monday, the five power conferences announce their football TV schedule for the weekend after next. Some selections are also made by the American, C-USA, MAC, MWC, and Sun Belt. Today, selections were announced for the weekend of Nov. 7, 2015.

The remainder of times and TV for the weekend of Nov. 7 are listed on our main College Football Schedule.

I think that Rice @ UTEP game is on CBSSN, not FS1.

Someone please explain to me how Notre Dame VS Pitt is at noon instead of being the prime time matchup on ABC? Ohio St vs Minnesota is instead. Congrats on being undefeated Ohio St you havent even played a top 50 team to date

Don’t know but I’m guessing it’s because the Steelers have an early-afternoon game the next day.

Also because the Big Ten makes ESPN decide their primetime games before the season starts.

Another whining Golden Boner Fan. Maybe they realize that people are sick of seeing the most overrated program in history in primetime. There sh*t game against Temple is prime time this week. What a f*cking joke. They smartly decided show a game that will actually have NC implications.

Wow! LSU is at Bama at night on CBS, that’s a change, normally it is that other way around or 3;30 on CBS, time of the year CBS starts doing double headers.

I think that going on five years in a row now or something like that, the LSU vs Alabama games have been on CBS in primetime. The next week, CBS will air games at Noon and 3:30.

CBS always gets one primetime game a year.

CBS gets 2 weeks per year where they get to have 2 games on a Saturday. This is one of those weeks.

If Memphis and Navy win this week, Gameday needs to come to Memphis for the undefeated Tigers vs one loss midshipmen. With Paxton Lynch’s and Tigers success and Navy’s national following I think it would be a great choice.

If TCU and Oklahoma St both win they’ll probably go there. However, I think they should go to Memphis @ Houston the following week.

Tcu Oklahoma state game is on fox.Gameday normally does ESPN or ABC games.