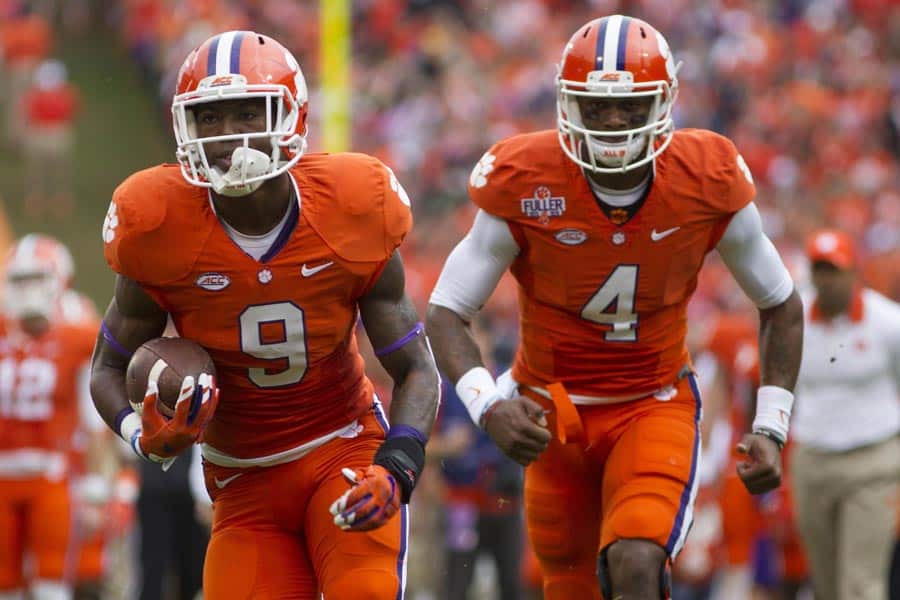 Every Monday, the five power conferences announce their football TV schedule for the weekend after next. Some selections are also made by the American, C-USA, MAC, MWC, and Sun Belt. Today, selections were announced for the weekend of Nov. 28, 2015.

The remainder of times and TV for the weekend of Nov. 28 are listed on our main College Football Schedule.

They are missing a big opportunity by putting OSU-UM at noon. It screws the west coast fans of both schools over because they have to get up earlier and prepare for the game much earlier. These issues would not exist with an 8 PM start time. Starting next year, the Buckeyes-Wolverines game needs to be a permanent fixture on Saturday Night Football to maximize its ratings potential, especially on the West Coast.

This game has been at noon since I can remember, I have been to many of these games & I last thing I would want is to be at the stadium at night in Ann Arbor, it is just way to cold. This is considered one of the (if not) the biggest rivalry in college football, I doubt it hurts the fans on the west coast that much. There are many PAC-12 games I would like to watch but living on the east coast when a game starts at 8pm or 10:30pm est is not easy to watch either.

I know how this is going to sound but does anybody think there are TOO MANY games on TV? When I was 13, in 1988, I can still remember that on rivalry Saturday ABC showed only two games, Mich-OSU and then USC-UCLA. CBS showed ND vs Penn State and OU-Nebraska and my local ACC station showed Clemson vs South Carolina. And that was pretty much it. Can’t recall what ESPN showed. I mean yeah, I like the availability but can any casual fan look at each week’s tv lineup and truly get excited about HALF of what is shown. Just throwing it out there.

I remember those times, EPSN would show an Ivy League game at 12noon & that was about it. I enjoy seeing the line ups these days, even if you can’t find a game you want there is ESPN3 so you can get it on your tablet or computer. One big reason great players go to smaller colleges like Kent St or Utah St, they know there is TV time & they can show their stuff. College football is so huge now with College Game Day starting it off it is non-stop action all Saturday.

What changed in the TV deal over the off season to allow CBS to show a team more than 5 times in one season? When CBS selected the Miss. State @ Bama game, they unofficially forfeited the right to show the 2014 Iron Bowl. The Iron Bowl would have been Bama’s sixth time on CBS last year.

Fast forward to 2015, and you have the same scenario. However, CBS will pick up Bama for the sixth time when they televise the 2015 Iron Bowl.

SEC gave an exemption for this game, It has been reported on other sites,