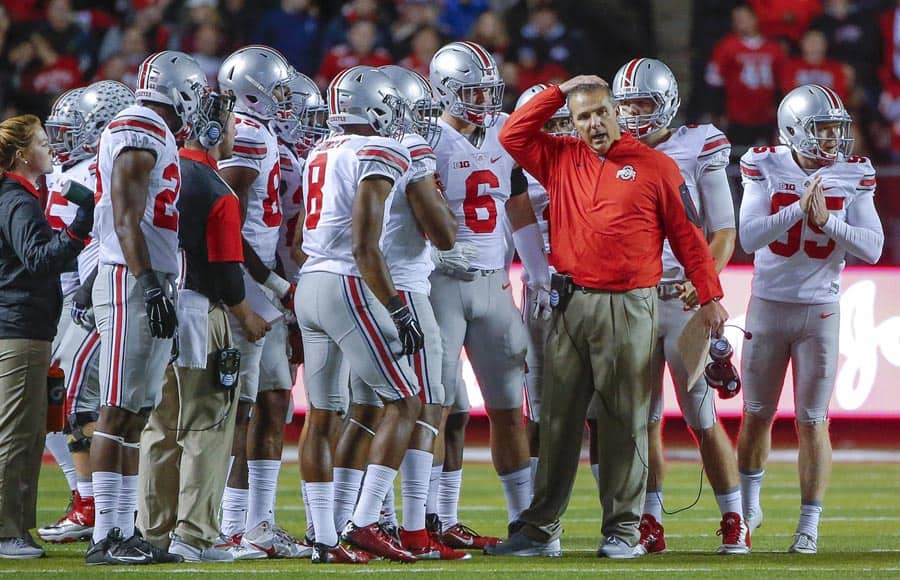 Every Monday, the five power conferences announce their football TV schedule for the weekend after next. Some selections are also made by the American, C-USA, MAC, MWC, and Sun Belt. Today, selections were announced for the weekend of Nov. 21, 2015.

The remainder of times and TV for the weekend of Nov. 21 are listed on our main College Football Schedule.

Do u think that WVU or NC State will make a bowl game?

Yes they both will

West Virginia can have wins over Kansas on the road and Iowa State at home and their in.

no night games in the Big Ten? That’s ridiculous, every other power 5 conference is going to play at night on the 21st, and they better put UM-OSU at night on the 28th it’s about time the B1G’s biggest rivalry get played under the lights in primetime

You must be new to CFB or not very observant. B10 avoids scheduling night games in late November, it occurs on rare occasions. There are usually no B10 might games after the 2nd week in November. except the conf championship game. It actually works out great with their ABC/ESPN deal b/c B12 back loads their schedule with all the expected top 4 playing the last few weeks.

OSU-UM is already announced as a noon kickoff. It almost always is. Tradition.

Also because up there it is colder at night than at places in the south, which creates a worse fan experience.

Andy time to create a new tradition. An 8 PM kickoff for OSU-UM would benefit any fans those schools have on the west coast, they’d get to sleep in on the day the game is played. A noon kickoff on the east coast is 9 AM on the west coast, not ideal if you want to attract a large television audience.

The delay of some of the game times is unnecessary. ie… B10 knows that Ohio State/Mich St will be 330 game ABC game in all areas besides ACC cuntry which will get Clemson game. You don’t put a marquee game(OSU/MIch St) at 12pm ET(11 am ct, 9 am pacific). Penn St and Michigan will get the 12pm game on ABC/ESPN/2–regional coverage