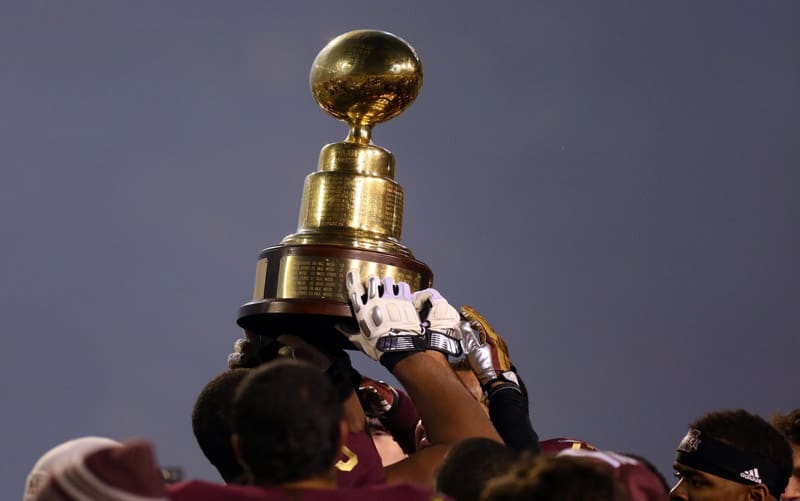 The Egg Bowl is set for Nov. 29 on CBS. (Spruce Derden-USA TODAY Sports)

Every Monday, the five power conferences announce their football TV schedule for the weekend after next. Announcements are also made by the American, C-USA, MAC and others. Today, selections were announced for the weekend of Nov. 22, 2014.

The remainder of times and TV for the weekend of Nov. 22 are listed on each team’s 2014 football schedule.

I wonder who the NCAA cares less about, the athletes or the fans.

What are you talking about? The NCAA does not pick the times and networks it’s dictated by the conference contracts with the networks. You’re beef with the times or whatever you’re whiing about is with the conferences and their network contracts. In fact, the NCAA actually has little power in FBS fball, they don’t control the “championship”. It;s why it;s not called the ncaa championship,,it’s called the bcs before and now the college playoff championship.