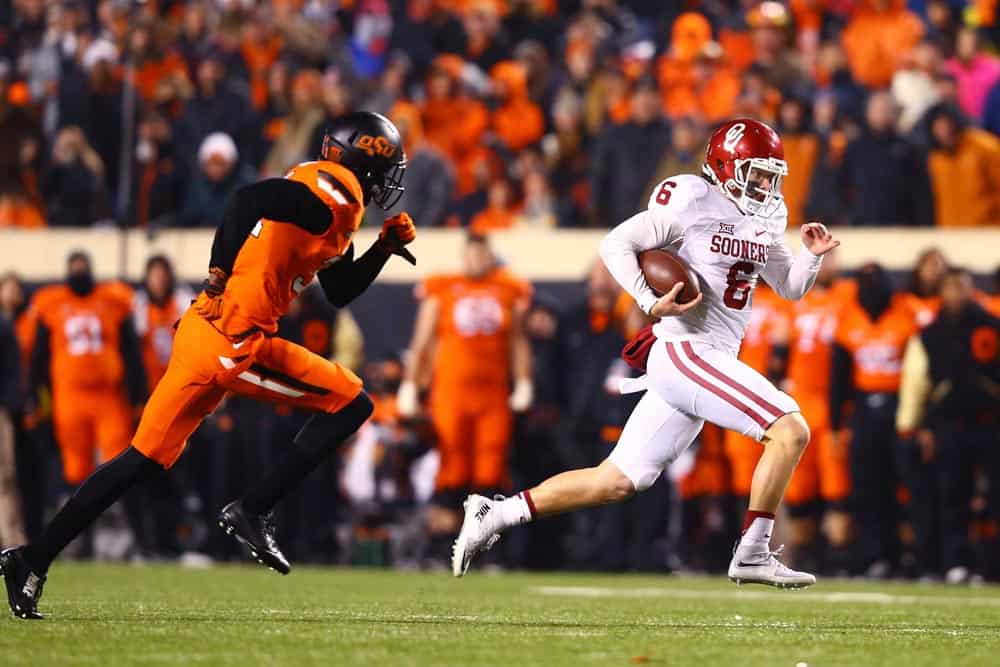 Today, selections were announced for the weekend of Dec. 3, 2016.

I wonder why FOX wants a 12:30pm kick in Stillwater instead of a top of the hour I am thinking a 30 minute pregame show from Indianapolis

So FOX has already picked up the BIG Championship game. BIG, Pac-12 & ACC are all at night, oouch!

The Pac-12 Championship is actually on Friday night, but besides the Big Ten and ACC Championships that night there are also the MAC and Mountain West Championships, as well as Arkansas State vs. Texas State… so basically ACC vs. B1G, ratings-wise.

Games on Friday are indicated in parentheses.

It’s only competition right now on Saturday afternoon is Baylor-WVU.

They would probably lose ratings and stadium attendance if they moved the game to Thursday. Remember the players are students as well, so the professors would be pissed that the players are missing time, and the students aren’t doing their homework because they’re watching the game. Putting the game on Saturday afternoon gives them no competition, and the fans have a reasonable amount of time to get from their home to Atlanta and back home on the same day, which means they don’t have to waste money buying a hotel room, or take the risk of driving late at night.

Thanks Larry Scott for signing the deal with FOX to put the game on Friday every other year, and putting the game in a neutral sight. I’m sure you’re going to love seeing 30,000 empty seats at Levi’s Stadium in the cold, possibly rainy weather.