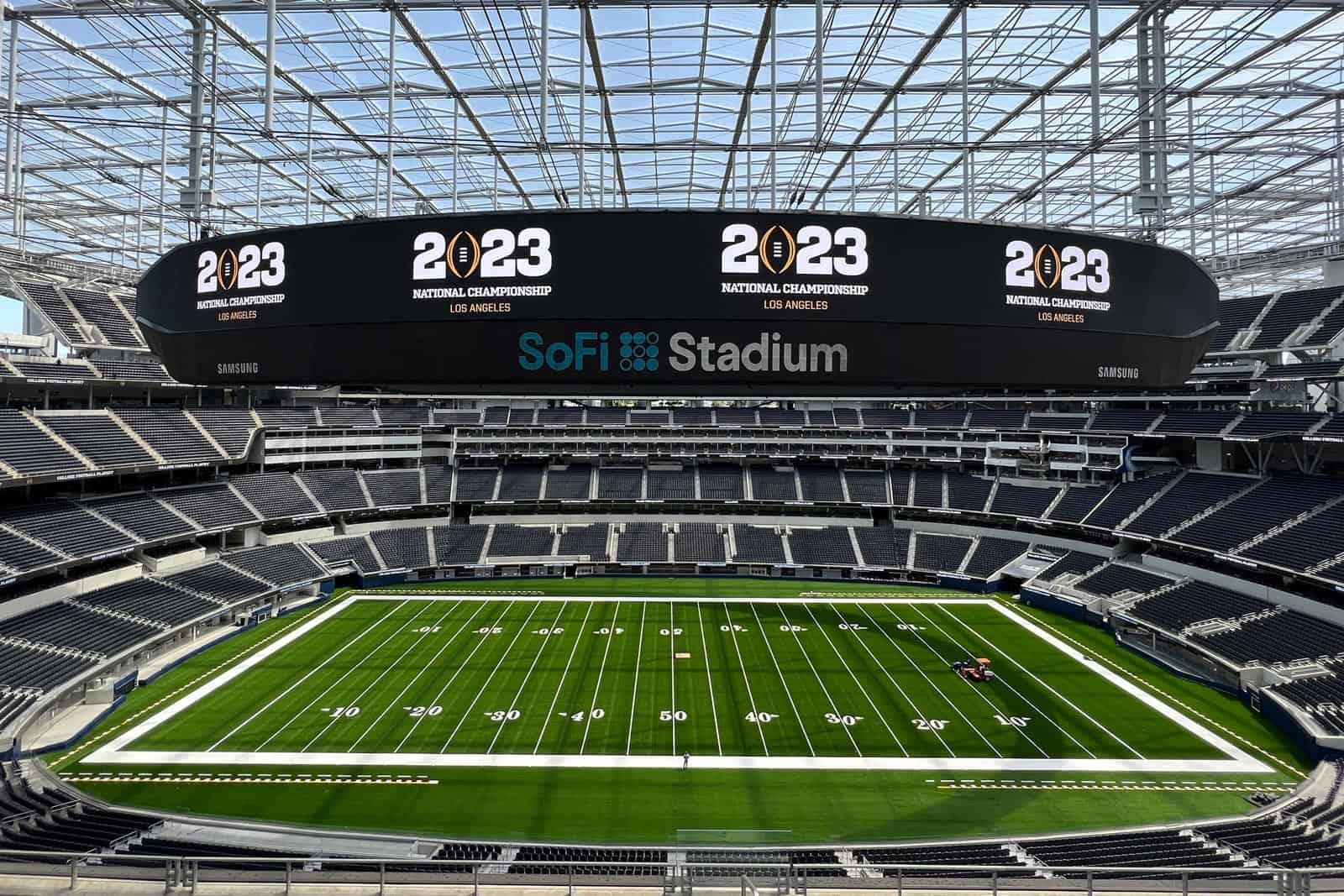 Earlier today, the College Football Playoff officially announced that the CFP National Championship for the 2024 season will be contested at Mercedes-Benz Stadium in Atlanta, Ga., on Monday, January 6, 2025.

“We are excited to return the College Football Playoff National Championship to Atlanta,” Hancock said. “When the playoff was created, the goal was to move the national championship game to ten different communities in the first ten years of the playoff. After visiting ten different communities during our first ten years of existence, we accomplished our goal of sharing this celebration of college football with the entire country.

“Bringing the game back to Atlanta was a simple decision when we looked at everything. One of our greatest title games took place in Atlanta in 2018, and the city could not have been a better host. A state-of-the-art stadium, a walkable downtown with venues to host all the activities surrounding national championship weekend and great people made Atlanta an obvious choice to be the first city to host a second title game.”

Atlanta previously hosted the National Championship on January 8, 2018. Alabama defeated Georgia in that contest, 26-23 in overtime.

The semifinal games for the 2024 season, which were previously announced, are set to be played at the Goodyear Cotton Bowl at AT&T Stadium in Arlington, Texas, and the Capital One Orange Bowl at Hard Rock Stadium in Miami Gardens, Fla., on Saturday, December 28, 2024.

On Monday, the site for the College Football Playoff National Championship for the 2025 season was revealed. The game will be played at Hard Rock Stadium in Miami Gardens on Monday, January 5, 2026.

Miami was also the host of the CFP National Championship following the 2020 season, but the game was played during the COVID-19 pandemic. Alabama defeated Ohio State 52-30 in that contest before a limited capacity crowd of 14,926.

“We are delighted to be returning to Miami,” Hancock said. “South Florida was a great host for the 2021 national championship game despite the event having to be scaled back because of COVID-19, and we look forward to returning in 2026 with a full complement of events and activities during national championship weekend. The first-class stadium, convention center, hotels and supportive people in South Florida made the decision to return quite easy. The CFP National Championship has become one of the most popular sporting events in the United States in a short period of time, and we look forward to a terrific celebration in Miami in 2026.”

College Football Playoff Semifinal games for the 2025 season were previously announced. Those contests will be played at the Chick-fil-A Peach Bowl at Mercedes-Benz Stadium in Atlanta and the Vrbo Fiesta Bowl at State Farm Stadium in Glendale, Ariz., on Saturday, December 27, 2025.

This season, the CFP Semifinals will take place on New Year’s Eve. Those games will be played at the Chick-fil-A Peach Bowl in Atlanta and the Vrbo Fiesta Bowl in Glendale on Saturday, December 31, 2022.

For the 2023 season, semifinal game participants will square off in either the Rose Bowl Game at Rose Bowl Stadium in Pasadena, Calif., or the Allstate Sugar Bowl at Caesars Superdome in New Orleans, La., on Monday, January 1, 2024.

The College Football Playoff National Championship for the 2023 season will be played at NRG Stadium in Houston, Texas, on Monday, January 8, 2024.

For a complete look at the future College Football Playoff schedule, including semifinal games, championship games, and the New Year’s Six contests, check out the link below.