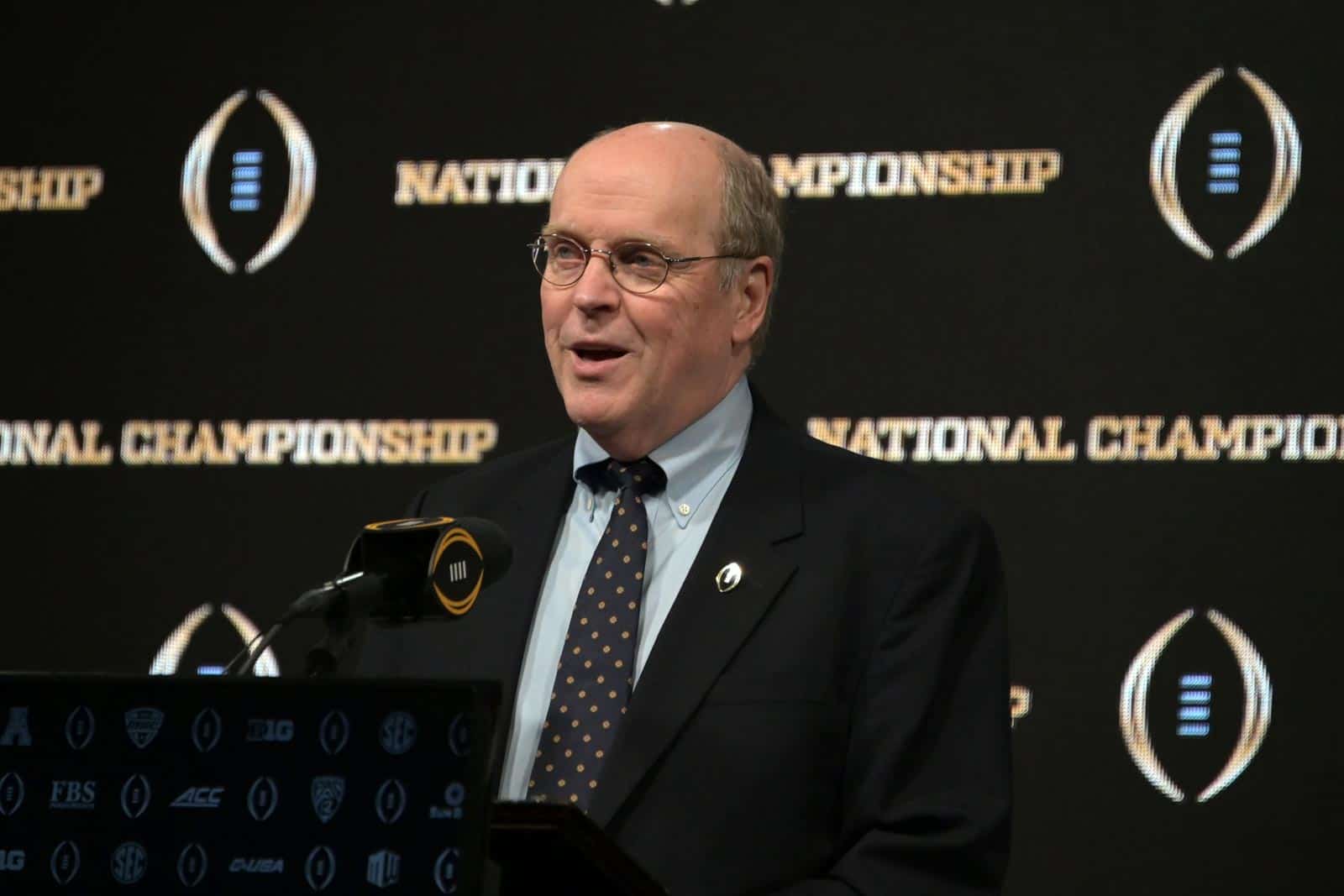 The College Football Playoff has announced schedule changes for the 2020-21 season due to the novel coronavirus 2019 (COVID-19) pandemic.

The final College Football Playoff Selection Committee Rankings were originally scheduled to be released on Sunday, Dec. 6. Due to conferences pushing back their championship games as far back as Dec. 19, the committee will now release their final rankings on Sunday, Dec. 20.

“With recent schedule changes for the regular season, it makes sense for the committee to make its final rankings after the conference championship games, when it can get a complete picture of the season,” College Football Playoff (CFP) executive director Bill Hancock said. “The selection committee members understand the need to be flexible as we all navigate uncharted waters this season, and this move will allow them to evaluate all the available information.”

The College Football Playoff Semifinal games this season are slated to be held at the Rose Bowl Game in Pasadena, Calif., and the Allstate Sugar Bowl in New Orleans, La., both on Friday, Jan. 1, 2021.

Teams competing in the College Football Playoff National Championship will now arrive in Miami on Saturday, Jan. 9, which is one day later than originally scheduled. As a result, the media day typically held on Saturday morning will not occur this season.

The 2020-21 College Football Bowl Schedule has not been officially announced yet. One game, the FBC Mortgage Cure Bowl, is tentatively slated for Saturday, Dec. 19. With conference championships taking place on that date, it’s possible that the beginning of bowl season will be pushed back a few days.

OK, due to the pandemic we’ve seen the NHL go to a 24-team playoff and MLB to a 16-team playoff.

This year, it doesn’t look like any non-conference games will be played between Power 5 schools. Even Notre Dame is in the ACC for this season.

Only the ACC and the Big 12 have permitted 1 OOC game, and are effectively requiring them to be played at home against a G5 team.

Because of the pandemic, SOS for 2020 has suffered across the Power 5.

So, I propose that the CFP adopt a temporary format for the 2020 season.

This season would see every Power 5 conference champion guaranteed a spot in the CFP. The three at-large bids would go to the three highest-ranked runners up (not necessarily CCG losers).

To limit the spread of COVID-19 at the CFP, a bubble format would be instituted for the quarterfinals. As the semifinals are the Rose and Sugar Bowls, and the title game is at Hard Rock Stadium, the bubble will have to be a venue that is not hosting the semifinals, final, or another NY6 game, and one with a very close practice facility too.

The Quarterfinals would have to be held in the early afternoon and in primetime to give enough lead time between games. They also must be held over two days.

Generally, I’m opposed to an expansion of the playoffs. This year, there will be absolutely zero basis to say team A had a tougher schedule or won a tougher conference than team B as all of the P5 teams are playing within their own silos. Five conference champions should all be in the 6 or 8 team field with the committee tasked with determining seeds and the at-large team(s).

Because of the Virus this I suggest we go way old school on the College Football Championship. Just let the Coaches and the AP writers vote (separate polls of course).

To be clear I mean no Playoff games, no Bowl games, just decide the national championship by the vote of the Writers and the Coaches. And the most part I do not think we need to actually play any regular season games to have those coaches and writers vote, they do it each and every year in mid August

When a full season is played and all 130 teams are playing FBS football I am all for an 8 team playoff. I think it would be awesome, exciting, and great TV. So play no games, award the national championship, so many players will not get COVID, tear ACL’s or get concussions and so many coaches will not get fired for losing games. I think it is win for win for everyone in college football who matters, of course that is not the fans.

The thing that makes the most sense is to not have a playoff. Any “national champ” will forever have an asterisk next to it (from playing less games to not playing enough out of conference teams). So why try to force something. If it’s possible to still have the bowls have them revert back to their historical conference tie ins. I would hope by next year we will have returned to some sense of normalcy. Just tack what should have been this year of the playoff onto the end of the current deal.