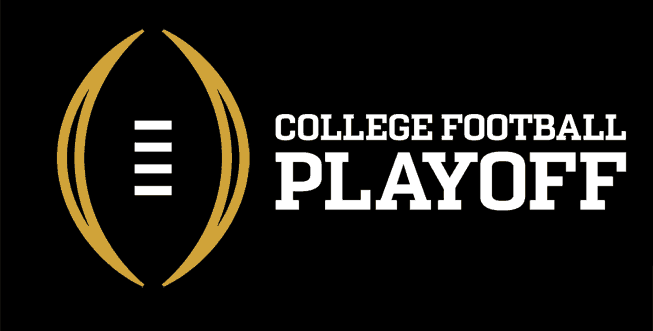 “We have made tremendous progress during the off season in preparation for the significant task at hand come this fall,” said Jeff Long, selection committee chair. “Our members are looking forward to the new era of college football and the role we will play in determining the rankings and matchups for the College Football Playoff. It’s a thrilling time and each one of us is honored to be a part of it.”

1. Mission. The committee’s task will be to select the best teams, rank the teams for inclusion in the playoff and selected other bowl games and, then assign the teams to sites.

2. Principles. The committee will select the teams using a process that distinguishes among otherwise comparable teams by considering:

* Comparative outcomes of common opponents (without incenting margin of victory), and,

* Other relevant factors such as key injuries that may have affected a team’s performance during the season or likely will affect its postseason performance.

3. Voting Process. The voting process generally will include seven rounds of ballots through which the committee members first will select a small pool of teams to be evaluated, then will rank those teams, with the top-ranked teams being placed in the rankings in groups of three or four. Individual ballots will be compiled into a composite ranking. Each committee member will independently evaluate an immense amount of information during the process. This evaluation will lead to individual qualitative and quantitative opinions that will inform each member’s votes.

5. Meeting Schedule. The committee will meet in person weekly beginning at mid-season to produce interim rankings before selection weekend.

7. Metrics. There will not be one single metric to assist the committee. Rather, the committee will consider a wide variety of data and information.

8. Participants. There shall be no limit on the number of teams that may participate from one conference in the playoff semifinals and the associated bowl games.

A. The team ranked No. 1 by the selection committee will play team No. 4 in the semifinals. Team No. 2 will meet team No. 3.

B. When assigning teams to sites, the committee will place the top two seeds at the most advantageous sites, weighing criteria such as convenience of travel for its fans, home-crowd advantage or disadvantage and general familiarity with the host city and its stadium. Preference will go to the No. 1 seed.

10. Pairings for Selected Other Bowl Games.

(Note: A “displaced conference champion” is a champion of a contract conference that does not qualify for the playoff in a year when its contract bowl hosts a semifinal game.)

* The committee will use geography as a consideration in the pairing of teams and assigning them to available bowl games.

* To benefit fans and student-athletes, the committee will attempt to avoid assigning a team, or conference, or the highest-ranked champion of a non-contract conference, to the same bowl game repeatedly.

* The committee will consider regular-season head-to-head results when assigning teams to bowls.

* The committee will consider conference championships when assigning teams to bowls.

* Teams will be placed in the playoff.

* Contract bowls will be filled in accordance with their contracts.

* Remainder of the Cotton, Fiesta and Peach Bowl berths will be filled.

If a committee member or an immediate family member, e.g., spouse, sibling or child, (a) is compensated by a school, (b) provides professional services for a school, or (c) is on the coaching staff or administrative staff at a school or is a football student-athlete at a school, that member will be recused. Such compensation shall include not only direct employment, but also current paid consulting arrangements, deferred compensation (e.g., contract payments continuing after employment has ended) or other benefits.

The committee will have the option to add other recusals if special circumstances arise.

A recused member shall not participate in any votes involving the team from which the individual is recused.

A recused member is permitted to answer only factual questions about the institution from which the member is recused, but shall not be present during any deliberations regarding that team’s selection or seeding.

Recused members shall not participate in discussions regarding the placement of the reduced team into a bowl game.

13. Terms. Generally, the members shall serve three-year terms. Until the rotation has been achieved, certain terms may be shorter or longer. Terms shall be staggered to allow for an eventual rotation of members. Members will not be eligible for re-appointment.

14. Committee Chair. The Management Committee selected the first chair of the committee. The selection committee members will select future chairs.

Additional information about the selection committee members, rankings protocol and more, can be found online at www.collegefootballplayoff.com.

About the College Football Playoff
The College Football Playoff will begin with the 2014-15 season. The semifinals will match the No. 1 seed vs. No. 4, and No. 2 will face No. 3 in semifinal games that will rotate annually among the Peach Bowl, Cotton Bowl, Orange Bowl, Sugar Bowl, Rose Bowl and Fiesta Bowl. The first semifinals will be January 1, 2015, at the Rose Bowl and Sugar Bowl. The first national championship game will be January 12, 2015, at AT&T Stadium in Arlington, Texas.

The Future will be a final 32 team play offs