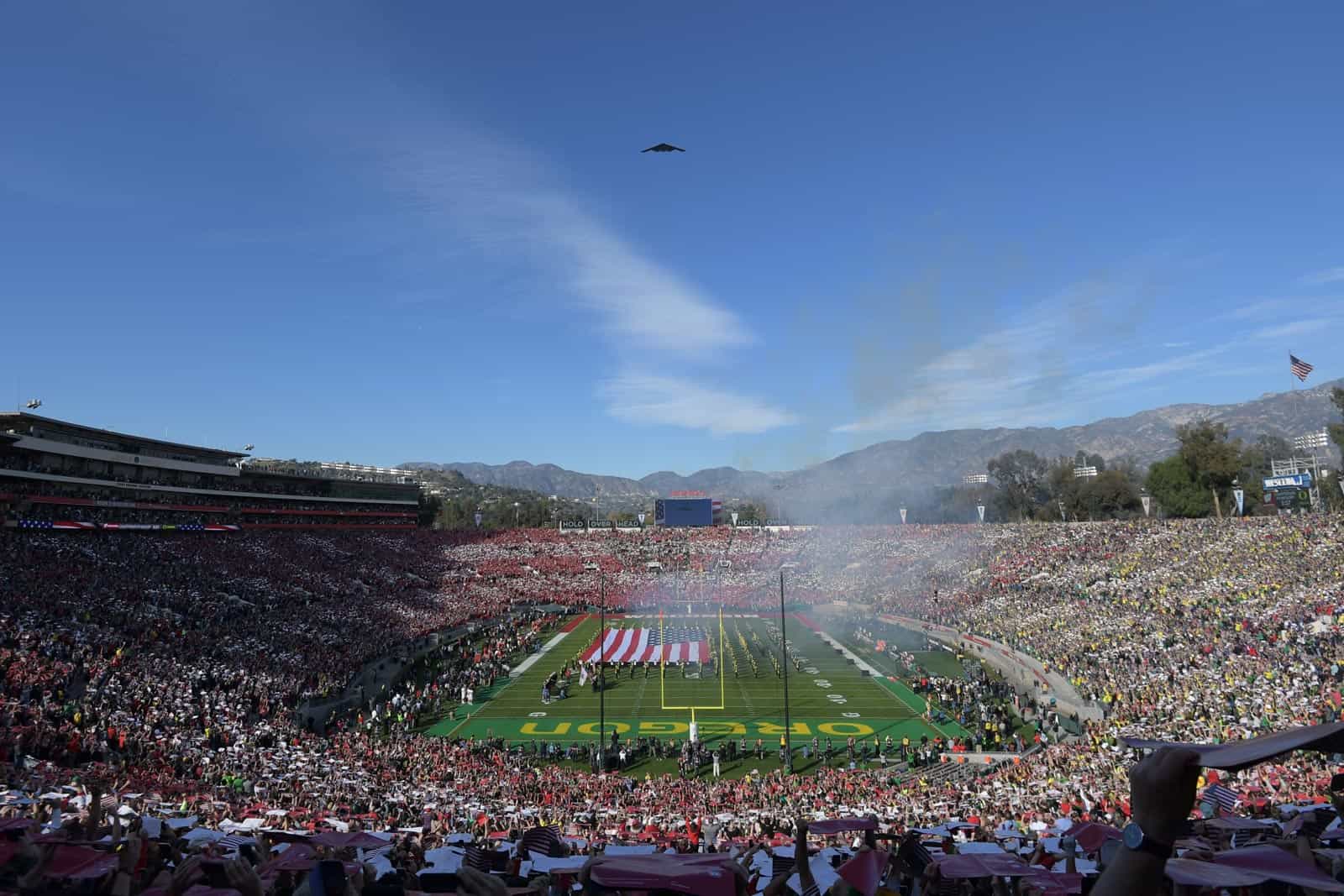 The College Football Playoff has moved the Rose Bowl semifinal game to AT&T Stadium in Arlington, Texas, it was announced on Saturday.

The College Football Playoff Management Committee and Tournament of Roses mutually agreed to move the game from Rose Bowl Stadium in Pasadena, Calif., to Arlington due to the “…growing number of COVID-19 cases in Southern California.”

“We are pleased that parents and loved ones will now be able to see their students play in the game,” Bill Hancock, Executive Director of the College Football Playoff said in a statement. “We are very grateful to Rose Bowl officials and the City of Pasadena. They have worked hard to listen to the concerns of the CFP, the teams that might have played there, and their state and government officials. The Tournament of Roses has acted in the best interest of the people who live in Southern California. And we’re grateful to Cotton Bowl and AT&T Stadium officials for their ability to make this late switch possible.

“Add this to the list of ways 2020 has demanded flexibility and last-minute accommodation from everyone in college football. Given all the complexities and difficulties involved, this is the best outcome for everyone concerned.”

Participants in the College Football Playoff Semifinal at the Rose Bowl Game will be announced on Sunday, Dec. 20 at approximately 12:15pm ET.

Per the Rose Bowl, it has not yet been determined whether the game in Arlington will be called “…CFP Semifinal at the Rose Bowl Game presented by Capital One. The name is a part of the Master License Agreement and is co-owned by the Pasadena Tournament of Roses and the City of Pasadena.”

The other College Football Playoff Semifinal host this season is the Allstate Sugar Bowl. The game is scheduled for Friday, Jan. 1, 2021 at Mercedes-Benz Superdome in New Orleans, La., and it will be televised at 8:45pm ET on ESPN.

Good. This is best for everyone. I am happy that the Tournament of Roses/Pasadena people agreed and they can call the game whatever they want for sponsorship purposes. If I were the Rose Bowl people, I would still want the game to have the Rose Bowl name, just like in 1942, because it shows continuity, flexibility, and adaptability, all positives.

They moved it because of the illegal lockdowns in California and some teams showing their hand in not willing to play if there are gonna be no spectators. Thank GovNewsome for the loss in revenue to the Pasadena area.

Since you decided to make this political, you really should thank President Trump for the bad circumstances we are in now because of Covid-19. Plenty of blame to go around.

Or maybe we should blame a handful of Democratic governors who put sick people in nursing homes to drive up the death rate all so they could say it was Trump’s fault.