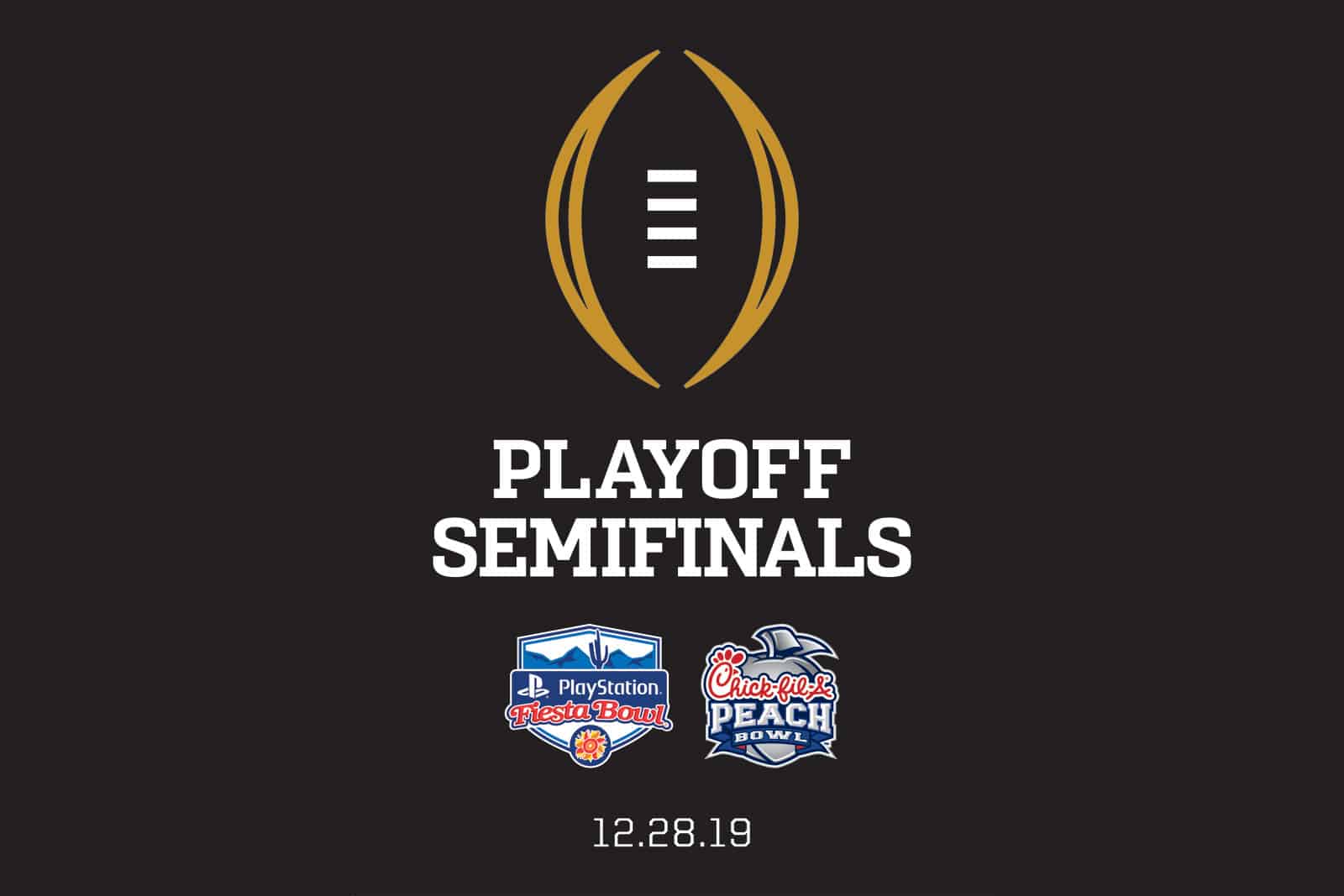 The College Football Playoff 2019 semifinal pairings have been announced. The LSU Tigers, the top-ranked team, will play the No. 4 Oklahoma Sooners in the Chick-fil-A Peach Bowl at Mercedes-Benz Stadium in Atlanta, Ga.

The Ohio State Buckeyes, the No. 2 team, will play the No. 3 Clemson Tigers in the PlayStation Fiesta Bowl at State Farm Stadium in Glendale, Ariz. Both College Football Playoff semifinal games will be played on Saturday, December 28 2019.

The Rose Bowl Game is projected by Stadium’s Brett McMurphy to have a Wisconsin vs. Oregon matchup since both conference champions were selected to the College Football Playoff and the Rose Bowl is not a playoff game this season.

The Georgia Bulldogs and Baylor Bears will likely square off in the Allstate Sugar Bowl since the Big 12 and SEC have contracts for that bowl game.

The remaining college football bowl games will be announced throughout the day and finalized by Sunday evening.

In the end it was easy for the committee with only four zero and one teams from the 5 Major Conferences. The committee should thank Utah and Wisconsin for losing to make their task easier.