College football conference realignment 2010-14: How have programs performed since moving? 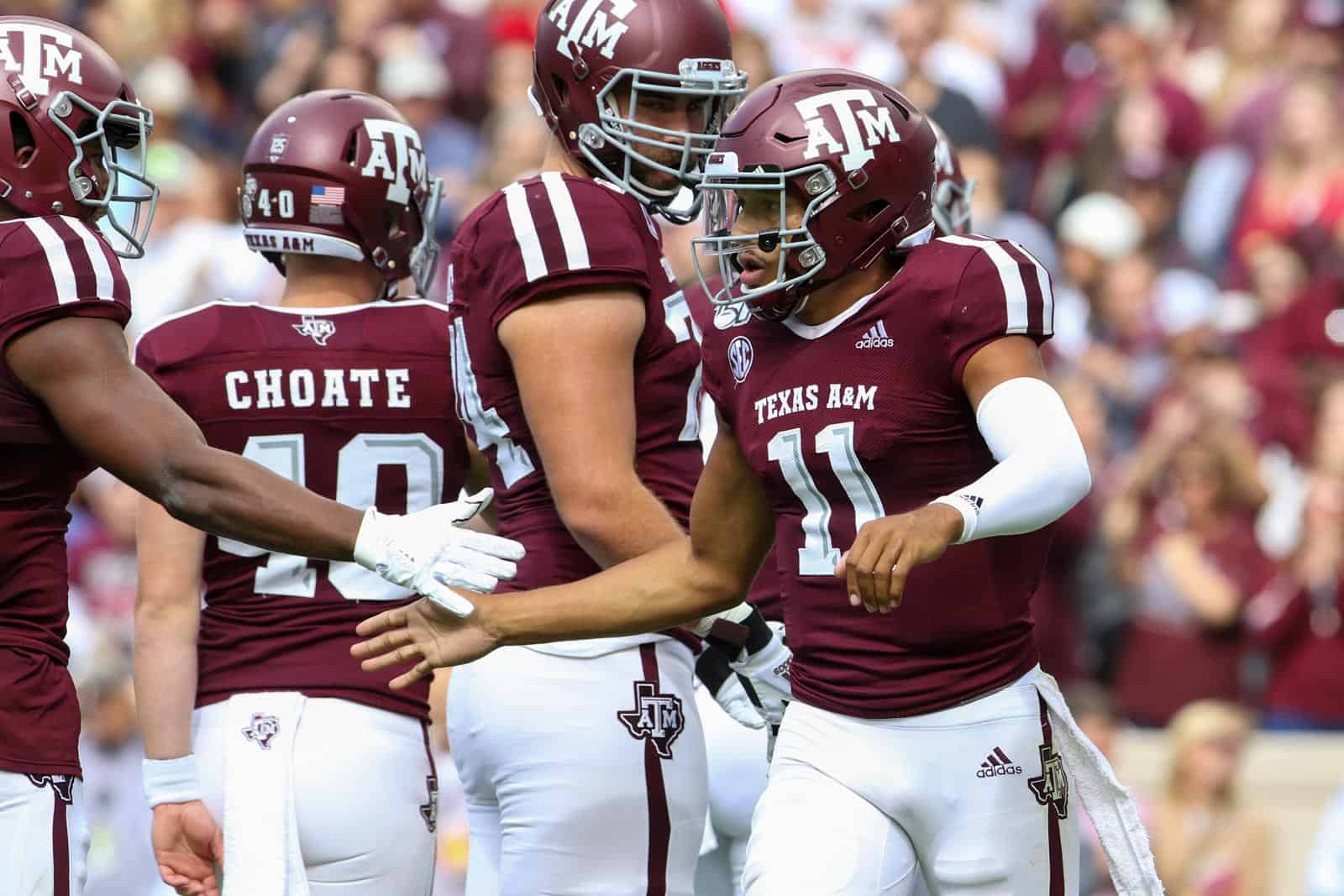 It’s been a decade since Nebraska and Colorado left the Big 12, a move that sparked a significant wave of realignment across the FBS level of college football.

Here’s a look at the impact – in terms of wins and losses – on the dozen Power programs that were a part of the reshuffle.

The Buffaloes have only posted a winning record once since leaving the Big 12, a 10-4 finish in 2016 which included a No. 17 rank in the final AP poll. Though Colorado finished above .500 three times in the nine years leading up to its move to the Pac-12 each occurred between 2002-05. Since then, the struggle to post a winning record has been consistent and likely has little to do with conference affiliation.

Realigned: from the Big East/American to the ACC in 2014

Louisville finished off its tenure in the Big East/American with a bang, posting a 23-3 record in its final two seasons. While the Cardinals haven’t come any where near that level of success in the ACC, they’ve posted 8-plus wins every season since joining with the painful exception of the 2-10 finish in 2018. If they had managed even a 6-6 mark that year their record in the ACC would improve to 48-29 (62%). Though Louisville hasn’t produced championship caliber teams in its new home, it’s done well, especially given that it moved to the tougher of the two divisions in the ACC.

Missouri’s eight-year winning percentage has taken a 10% hit since joining the SEC, that despite posting a sizzling 23-5 mark in its second and third year (2013-14) after the move. Where the Tigers posted winning records in seven of their eight final seasons in the Big 12, they’ve only gone over .500 four of its eight years in the SEC. And where they were mentioned in the AP’s final Top 25 three times in the same time frame in the Big 12, that number dropped to two since hooking up with the SEC. While Missouri hasn’t tanked, it has lost momentum since moving, especially since 2016.

The Cornhuskers have gone through five different head coaches in the 18 seasons between 2002-19. The most successful of the bunch was Bo Pelini, who went 67-27 (71%) from 2008-14, never dipping under the nine-win mark. His tenure straddled the shift in conferences, the first three years in the Big 12 and the final four in the Big Ten. If you throw out his consistent numbers, the Huskers went 44-32 (58%) in their six non-Pelini seasons in the Big 12 and 28-34 (45%) in their five non-Bo seasons in the Big Ten during the given time frame. While this doesn’t point to a definitive conclusion, Nebraska has suffered a setback by moving conference.

Realigned: from the Big East to the ACC in 2013

Pitt earned one double-digit finish in the 14 seasons from 2006-19, a 10-4 mark in 2009, four years before it left the Big East. While the Panthers haven’t matched that result in the ACC, they’ve been bowl-eligible six of the seven years since they joined and finished over .500 four out of seven tries. It’s a step up from the five bowl appearances and three winning records they earned in their final seven campaigns as Big East members. Realignment has done little to impact Pitt’s performance in wins and losses.

Realigned: from the Big East/American to the Big Ten in 2014

Rutgers achieved eight-plus win finishes in four of its final six seasons in the Big East. Since joining the Big Ten, it’s posted only one such record, an 8-5 mark in its inaugural campaign (2014). It’s also the only time the Scarlet Knights have finished over .500 since moving conference. While league membership, and therefore schedule strength, is only one part of the equation, Rutgers’ move to the Big Ten has cost it dearly in performance. No other program listed has suffered a bigger hit.

Realigned: from the Big East to the ACC in 2013

After dipping under the .500 mark three of its last eight years in the Big 12, Texas A&M has posted eight consecutive winning records since joining the SEC. And where the Aggies were ranked in the final AP Top 25 once from 2000-2011 its been mentioned three times since 2012. Whether its coaching, recruiting or simply freeing itself from the perceived unjust rule of the University of Texas – Texas A&M has flourished since realignment.

When the old Southwest Conference disbanded after the 1995 season, TCU found itself left out in the cold. The Horned Frogs fought their way back into the Power ranks first in the WAC (1996-2000), then C-USA (2001-04) and the MWC (2005-11) before finally making it back home to the Big 12. While their performance has definitely taken a hit since landing there, they are one of only two programs listed here that truly went from playing a Group of 5 schedule to a Power 5 slate (the Big East was considered an “automatic qualifying conference” by the BCS). So, where TCU posted double-digit wins six of its eight tries before hooking up with the Big 12, it’s only managed three such finishes since. It’s also suffered three losing seasons since moving – something that only happened once from 2004-11. That truth told, TCU’s 12-1 mark in 2014, its 11-2 finish in 2015 and its 11-3 record in 2017 deserve recognition. To put it into perspective, how many double-digit win seasons as Texas posted since 2012? One. A 10-4 finish in 2018.

Utah, like TCU, is unique because it truly moved “up” from a Group of 5 league to what’s now referred to as a Power 5 conference. And, also like the Horned Frogs, while the Utes have taken a hit in wins since realignment, they’ve managed to – impressively – stay not just relevant but be contenders in their new league. Utah posted five double-digit win seasons and only one losing record in its final nine years in the MWC. Since joining the Pac-12, they’ve earned two double-digit win campaigns and suffered only two losing seasons. Given that they now also have a clear pathway to play for a national title, realignment has been highly favorable for Utah.

Of the five programs listed who left the Big East during realignment, only Rutgers has lost more ground in wins/losses than West Virginia. It’s no coincidence that these are also the only two of the five that didn’t join the ACC. What sets the Mountaineers apart from the Scarlet Knights is that they had a lot more to lose, posting eight consecutive winning seasons on its way out of the Big East. It’s a run that included four double-digit win finishes, six mentions in the final AP poll (three of which were in the Top Ten) and wins in the Sugar Bowl (2005), Fiesta Bowl (2007) and the Orange Bowl (2011). Since joining the Big 12, West Virginia has finished with double-digit wins once, a 10-3 mark in 2016, also it’s only time to hit nine-plus wins in eight tries. Perhaps more so than any other program mentioned, realignment has cost West Virginia in upward trajectory.

I would have liked to see conference records analyzed here at least in addition to overall records. Teams can schedule whoever they want non-conference, so weighting teams’ fortunes by overall record may be a bit misleading.

Life in the Big XII and old Big East sure was nice for some teams.

All of these programs moved to tougher conferences so the lower win rates make sense, except A&M.

But in analyzing the cost, what about the $ benefit increase that supports all the other athletic programs by having changed conferences?

Yes, and the SEC West is the toughest division in College Football. Even though I actually believe that, my best guess is that Texas A&M now has a recruiting advantage inside the state of Texas against its formal rival because of the SEC brand. I hope to be proven wrong.