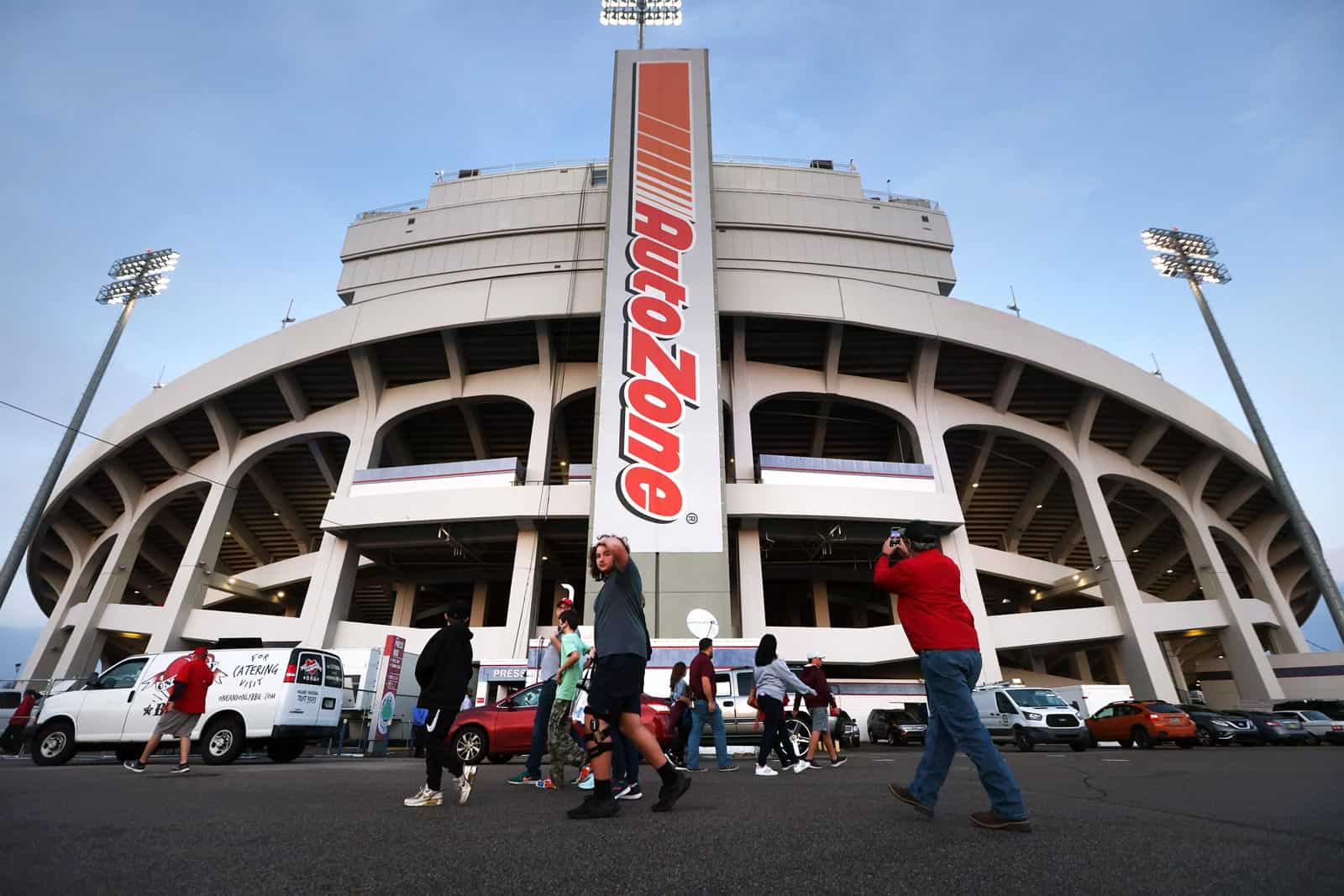 The College Football Bowl Schedule today features four contests with one ranked team in action. Three of the games will be televised by ESPN with the remaining game on FOX.

Bowl action on Wednesday, December 28 kicks off at 2:00pm ET on ESPN with the Military Bowl presented by Peraton. The UCF Knights of The American square off with the Duke Blue Devils of the ACC in that contest at Navy-Marine Corps Memorial Stadium in Annapolis, Md.

The AutoZone Liberty Bowl follows on ESPN at 5:30pm ET, and the contest will feature the Kansas Jayhawks of the Big 12 battling the Arkansas Razorbacks of the SEC. The game will be played at Simmons Bank Liberty Stadium in Memphis, Tenn.

Next is the San Diego County Credit Union Holiday Bowl, which will kickoff in primetime at 8:00pm ET on FOX. The matchup features the North Carolina Tar Heels of the ACC against the 15th-ranked Oregon Ducks of the Pac-12 at Petco Park in San Diego, Calif.

Bowl action on Wednesday, Dec. 28 concludes with the second Big 12 vs. SEC contest of the day, this one featuring the Texas Tech Red Raiders and the Ole Miss Rebels in the TaxAct Texas Bowl at NRG Stadium in Houston, Texas. ESPN will televise the contest beginning at 9:00pm ET.