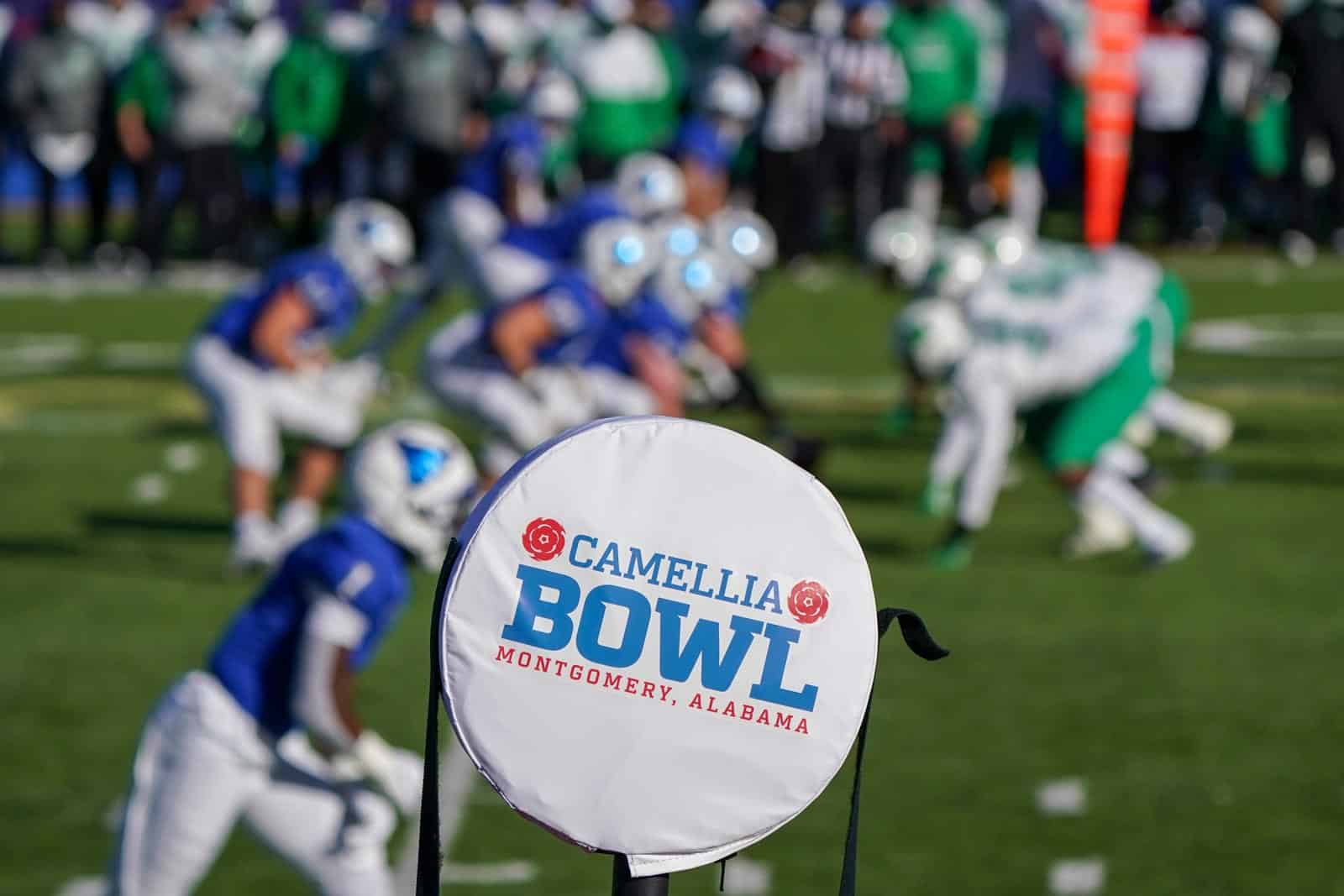 Bowl action kicks off at noon ET on Tuesday with the Georgia Southern Eagles of the Sun Belt Conference taking on the Buffalo Bulls of the MAC in the Camellia Bowl at the Cramton Bowl in Montgomery, Ala. The game will be televised by ESPN.

The SERVPRO First Responder Bowl follows on ESPN at 3:15pm ET, and the contest will feature the Memphis Tigers of The American taking on the Utah State Aggies of the Mountain West Conference. The game will be played at Gerald J. Ford Stadium in Dallas, Texas.

Next is the TicketSmarter Birmingham Bowl at Protective Stadium in Birmingham, Ala. The Coastal Carolina Chanticleers of the Sun Belt will battle the East Carolina Pirates of The American and the game will be televised by ESPN at 6:45pm ET.

Bowl action on Tuesday, Dec. 27 concludes with the Wisconsin Badgers facing the Oklahoma State Cowboys in the Guaranteed Rate Bowl at Chase Field in Phoenix, Ariz. ESPN will televise the contest beginning at 10:15pm ET.