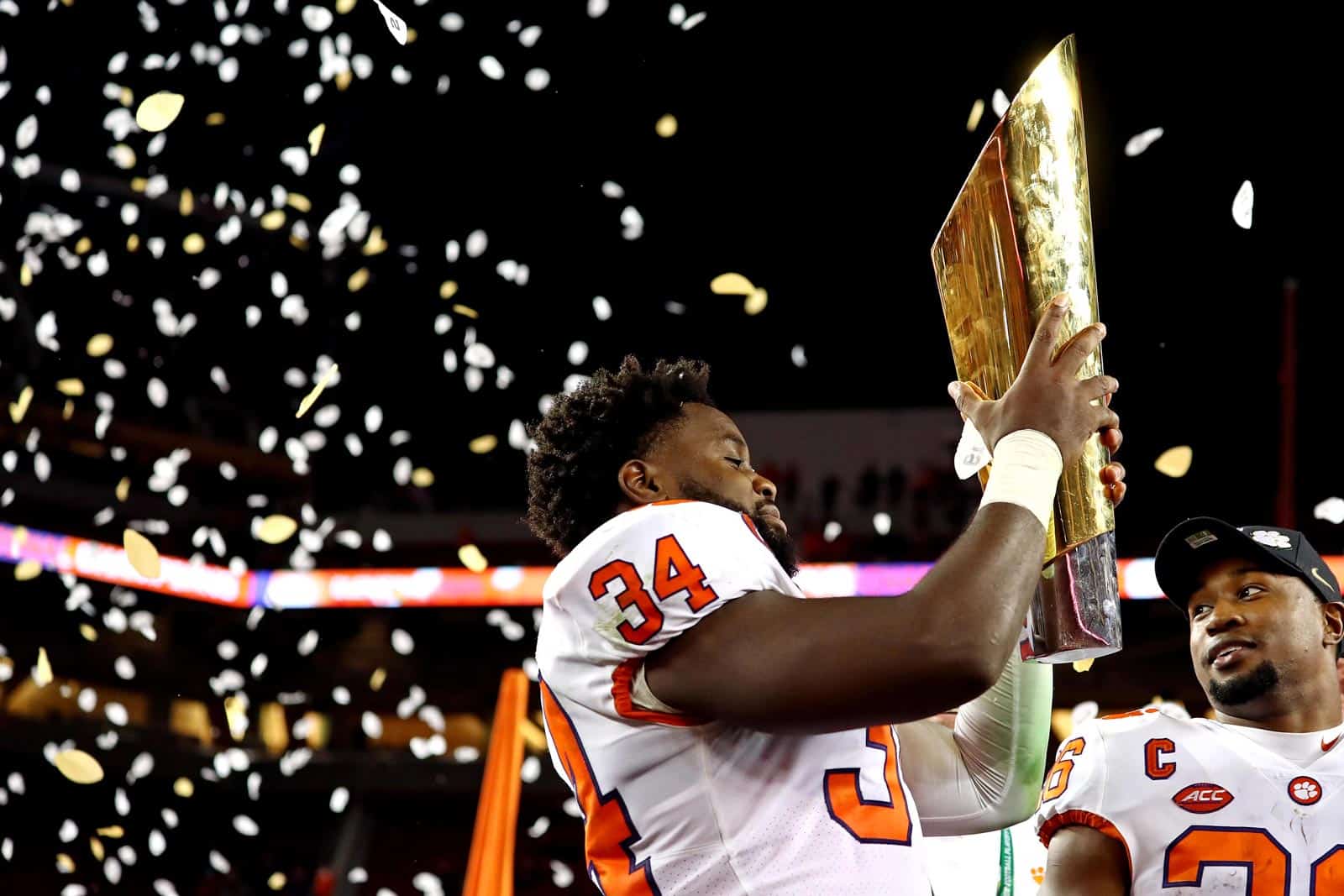 The College Football Bowl Schedule for the 2019-20 season has officially been released by the Football Bowl Association. The FBA represents college football’s 41 postseason games.

With 41 total games including the College Football National Championship, 78 teams will play in a postseason game in 2019-20, which is 62% of the FBS.

The ESPN family of networks will televise 36 of the 41 contests this season. CBS Sports Network will televise two bowl games, while FOX, FOX Sports 1, and CBS will televise one contest each.

The 2019-20 bowl season kicks off on Friday, Dec. 20 with the Makers Wanted Bahamas Bowl at 2:00pm ET on ESPN. That game pits teams from Conference USA and the Mid-American Conference (MAC).

Following the Bahamas Bowl is the Frisco Bowl at 7:30pm ET, and it will air on ESPN2. The game will feature an American Athletic Conference team against an at-large opponent.

On Saturday, Dec. 28, 2019, the two College Football Playoff semifinal games will take place. Hosts this season are the Chick-fil-A Peach Bowl in Atlanta, Georgia, and the PlayStation Fiesta Bowl in Glendale, Arizona. Kickoff for the semifinals will be 4:00pm ET and 8:00pm ET, with the exact order announced after the pairings are set in December.

Looks jacked up. Why are they doing low-rung bowl games after January 1? Lots of empty space here it seems like where they could have gotten these lower end bowls in. I just don’t like the flow of the postseason when it’s done like this.

The College Football Playoff games are too early. They should have been on New Years Day of the Saturday after if it has to be on a Saturday. I still want about 35 Bowl Games, not 41.