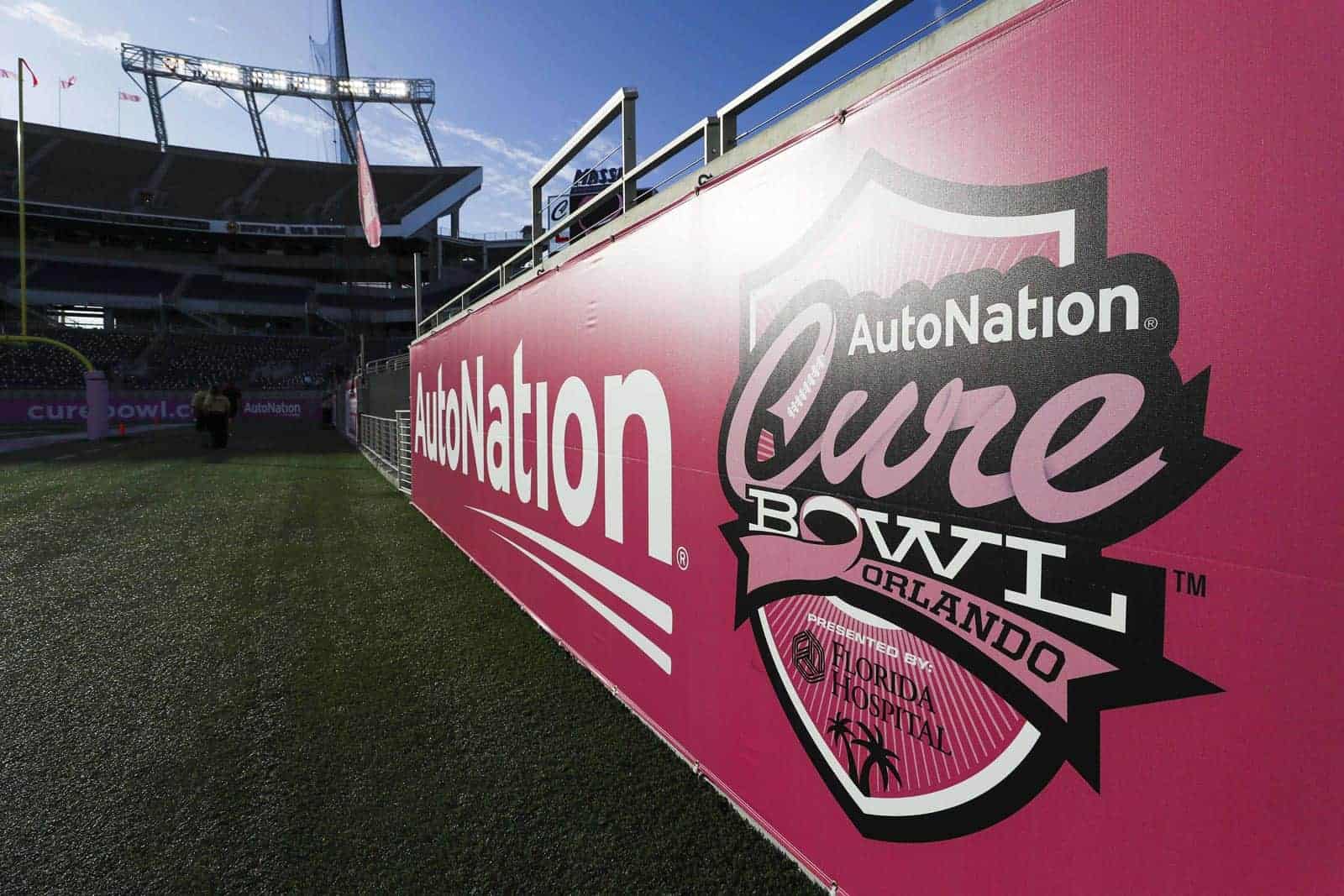 In FBS action, Conference USA is represented in four of Saturday’s five matchups – playing a Sun Belt opponent in three of the contests. If you’re looking for one game to zero in on, check out (25) Boise State vs. Oregon in the Las Vegas Bowl on ABC at 3:30pm EST.

What follows is the first of five viewing guides covering the wide swath of bowl action. It’s formatted chronologically, taking you game-by-game through the schedule.

It’s when to watch, what to watch for and who to watch doing it.

In the words of Eleanor Roosevelt, “It’s about to get real.”

Troy and North Texas have met 10 times previously, most recently in 2012. The series dates to 2001, Troy leads 8-2. This is the first-ever meeting in the postseason.

North Texas is No. 7 in the FBS in long plays from scrimmage, earning more than 10 yards on 227 snaps. This is a great matchup against a Troy defense that ranks No. 26 in yards per game and No. 14 vs. the run. The Mean Green’s biggest statistical weakness is rush defense, ranking No. 108 nationally and No. 13 of the 14 teams in the Sun Belt.

North Texas: sophomore quarterback Mason Fine (#6) (No. 12 in the FBS in TD passes), senior running back Jeffery Wilson (#3) (No. 20 in the FBS in rushing yards per game – status questionable due to a broken foot), senior kicker Trevor Moore (#30) (No. 4 in the FBS in field goal percentage).

Western Kentucky is 3-1 in bowl play. It beat Memphis 51-31 in last season’s Boca Raton. Its only loss came in its very first outing, the 2012 Little Caesars, a 24-21 defeat to Central Michigan.

WKU and Georgia State have only met once previously, a regular-season game in 2013 in Atlanta. The Hilltoppers won 44-28.

This is the battle of two potent passing attacks. Western Kentucky is ranked No. 9 in the FBS in pass offense while Georgia State is No. 31. On paper, the Hilltoppers have the advantage in defending the pass, ranked No. 36 nationally vs. the Panthers’ No. 92 mark. WKU has gained 340-plus yards through the air in each of its last seven outings.

Western Kentucky: senior quarterback Mike White (#14) (No. 7 in the FBS in passing yards per game).

Georgia State: sophomore wide receiver Penny Hart (#18) (No. 8 in the FBS in receiving yards per game).

Boise State has won both previous meetings – regular season games in 2008 and 2009.

The battle Royale in this one is Oregon’s No. 8 nationally ranked rushing attack taking on Boise State’s No. 20 ranked rush defense. Though BSU has allowed a paltry 125.85 ground yards per game this season, it will be intriguing to see how that number holds up vs. Duck team stacked with top-tier athletes. Keep in mind that while the Broncos are No. 9 in the FBS in turnover margin, Oregon is No. 130 (or dead last nationally) in penalties.

Boise State: senior wide receiver Cedrick Wilson (#1) (No. 10 in the FBS in receiving yards per game), junior linebacker Leighton Vander Esch (#38) (No. 6 in the FBS in total tackles and No. 4 in solo tackles).

Oregon: senior running back Royce Freeman (#21) (No. 11 in the FBS in rushing yards per game – it’s up in the air whether he’ll participate in the bowl game or prep for the NFL draft).

Colorado State is 6-10 in bowl play. It lost 61-50 to Idaho in last season’s Famous Idaho Potato – its third consecutive bowl loss. It hasn’t won a bowl game since the 2013 New Mexico, a 48-45 victory over Washington State.

This is the first-ever meeting between Marshall and Colorado State. The Thundering Herd are 0-2 all-time vs. current Mountain West members while the Rams are 29-16 vs. Conference USA (25-10 vs. UTEP).

Like Troy-North Texas in the New Orleans, this matchup features an explosive offense vs. a solid defense. Colorado State is No. 10 in the FBS in long plays from scrimmage, racking up a whopping 221 plays of 10-plus yards. Cue up Marshall’s defense, No. 25 nationally in yards per game and No. 19 vs. the run and you’ve got a classic strength vs. strength scenario.

Marshall: junior linebacker Chase Hancock (#37) (No. 16 in the FBS in total tackles).

Middle Tennessee and Arkansas State first met in 1948. The Blue Raiders lead 9-5, but the Red Wolves have won three straight, most recently a 45-0 shutout in 2012. This is the first-ever postseason meeting between the two.

This one will come down to how well Middle Tennessee’s defense can contain an Arkansas State passing attack that ranks No. 6 in the nation. Though the Blue Raiders have been decent vs. the pass ( No. 46 in the FBS), they coughed up 485 yards and five scores through the air in a loss to Western Kentucky in November. To compare, WKU is ranked No. 9 – just three places behind Arkansas State – in passing offense.

Arkansas State: junior quarterback Justice Hansen (#15) (No. 6 in the FBS in yards per game, also has thrown 15 picks – the second-most of any QB in the nation), senior defensive end Ja’Von Rolland-Jones (#11) (No. 2 in the FBS in sacks and No. 9 in tackles for a loss).