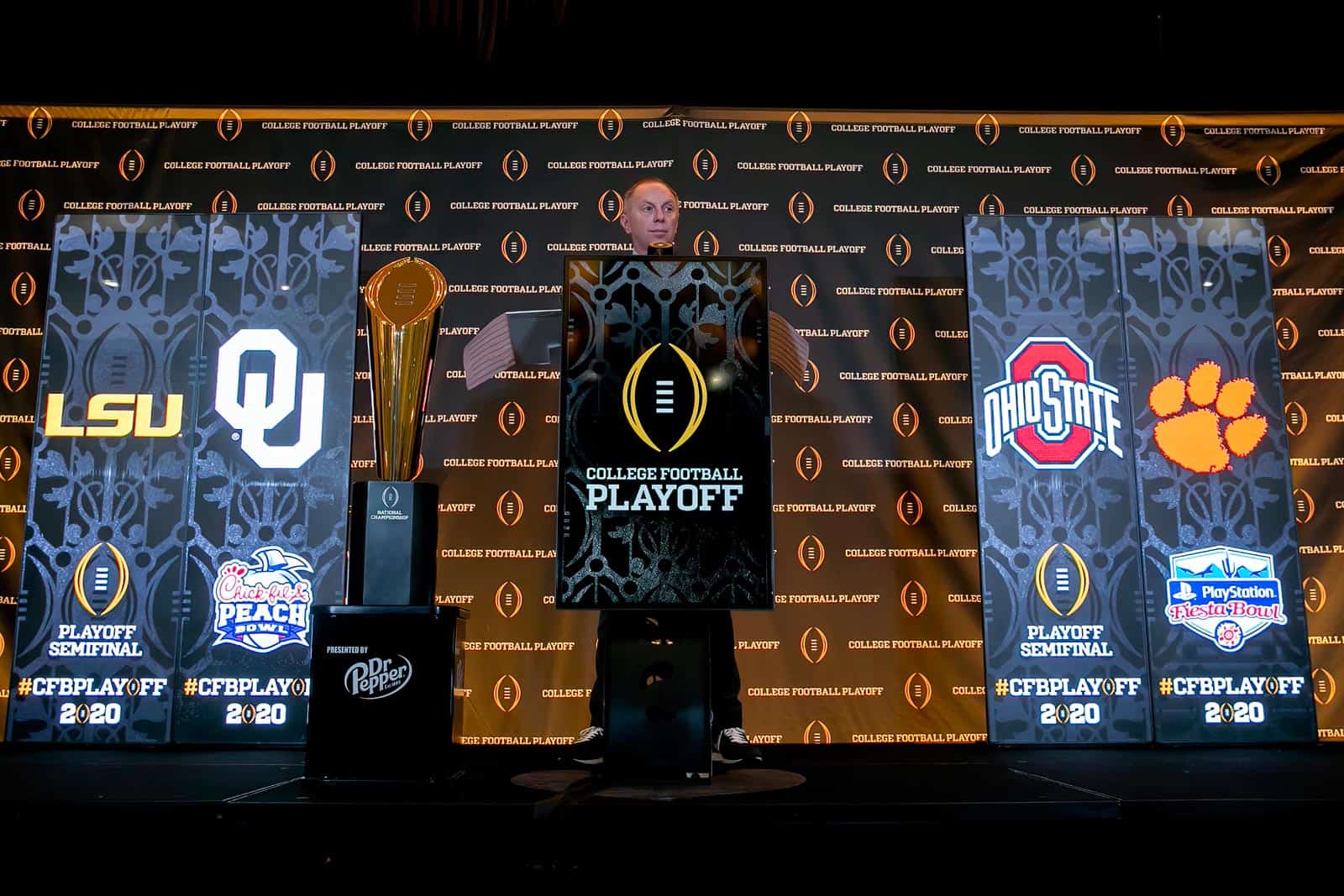 The College Football Bowl Schedule for 2019-20 is now available to download in iCal format. The schedule can be opened and added to calendars in macOS, iOS (iPhone/iPad), Google Calendar, and Microsoft Exchange Server.

The 2019-20 bowl schedule begins in nine days on Friday, December 20, 2019. Two games are slated for that day, the Makers Wanted Bahamas Bowl and the Tropical Smoothie Cafe Frisco Bowl.

The College Football Playoff Semifinals will feature the No. 1 LSU Tigers against the No. 4 Oklahoma Sooners at the Chick-fil-A Peach Bowl at Mercedes-Benz Stadium in Atlanta, Ga. (4:00pm ET, ESPN), and the No. 2 Ohio State Buckeyes against the No. 3 Clemson Tigers at State Farm Stadium in Glendale, Ariz. (8:00pm ET, ESPN). Both games will be played on Saturday, Dec. 28, 2019.

There are four bowl games scheduled for New Year’s Day (Wednesday, Jan. 1, 2020). The Outback Bowl and Vrbo Citrus Bowl are first at noon ET, and they are followed by the Rose Bowl Game at 5:00pm ET and the Allstate Sugar Bowl at 8:45pm ET.

The College Football National Championship is set for Monday, Jan. 13, 2020 at Mercedes-Benz Superdome in New Orleans, La. That game will match the LSU/Oklahoma and Ohio State/Clemson winners at 8:00pm ET on ESPN.

BTW… The University of Alabama’s official helmet logo needs to be changed from ’16’ to ’17’.

I am curious how they decide that