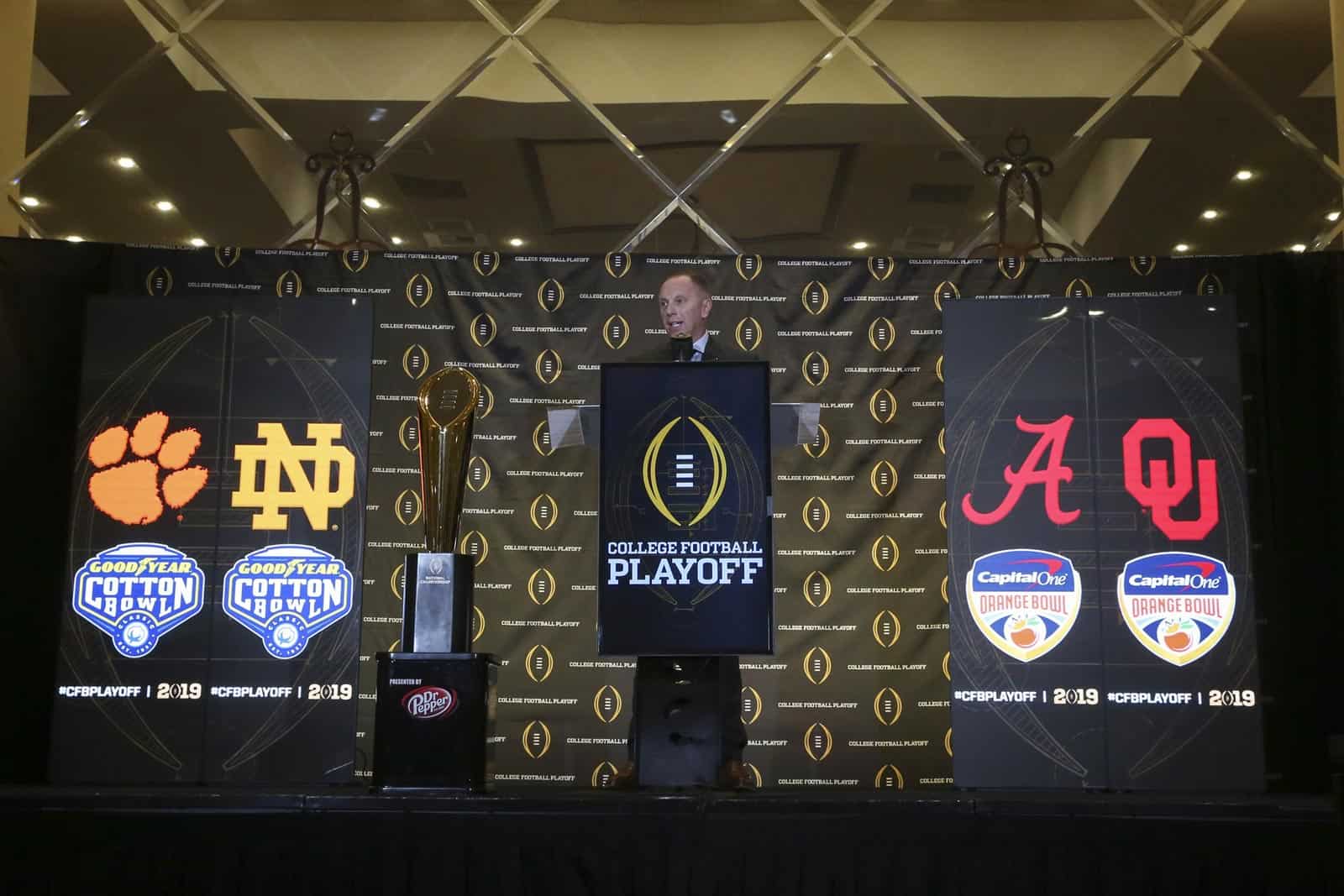 The College Football Bowl Schedule for 2018-19 is now available to download in iCal format. The schedule can be opened and added to calendars in macOS, iOS (iPhone/iPad), Google Calendar, and Microsoft Exchange Server.

The 2018-19 bowl schedule begins in just over a week on Saturday, Dec. 15. Six bowl games are scheduled for that day, beginning with the Air Force Reserve Celebration Bowl at noon ET on ABC.

The College Football Playoff Semifinals will feature No. 2 Clemson hosting No. 3 Notre Dame in the Goodyear Cotton Bowl and No. 1 Alabama hosting No. 4 Oklahoma in the Capital One Orange Bowl. Those games will be played on Saturday, Dec. 29 at 4:00pm ET and 8:00pm ET, respectively.

The College Football National Championship is set for Monday, Jan. 7, 2019 at Levi’s Stadium in Santa Clara, California. That game will match the Oklahoma-Alabama and Notre Dame-Clemson winners.

After all the matchups are announced.