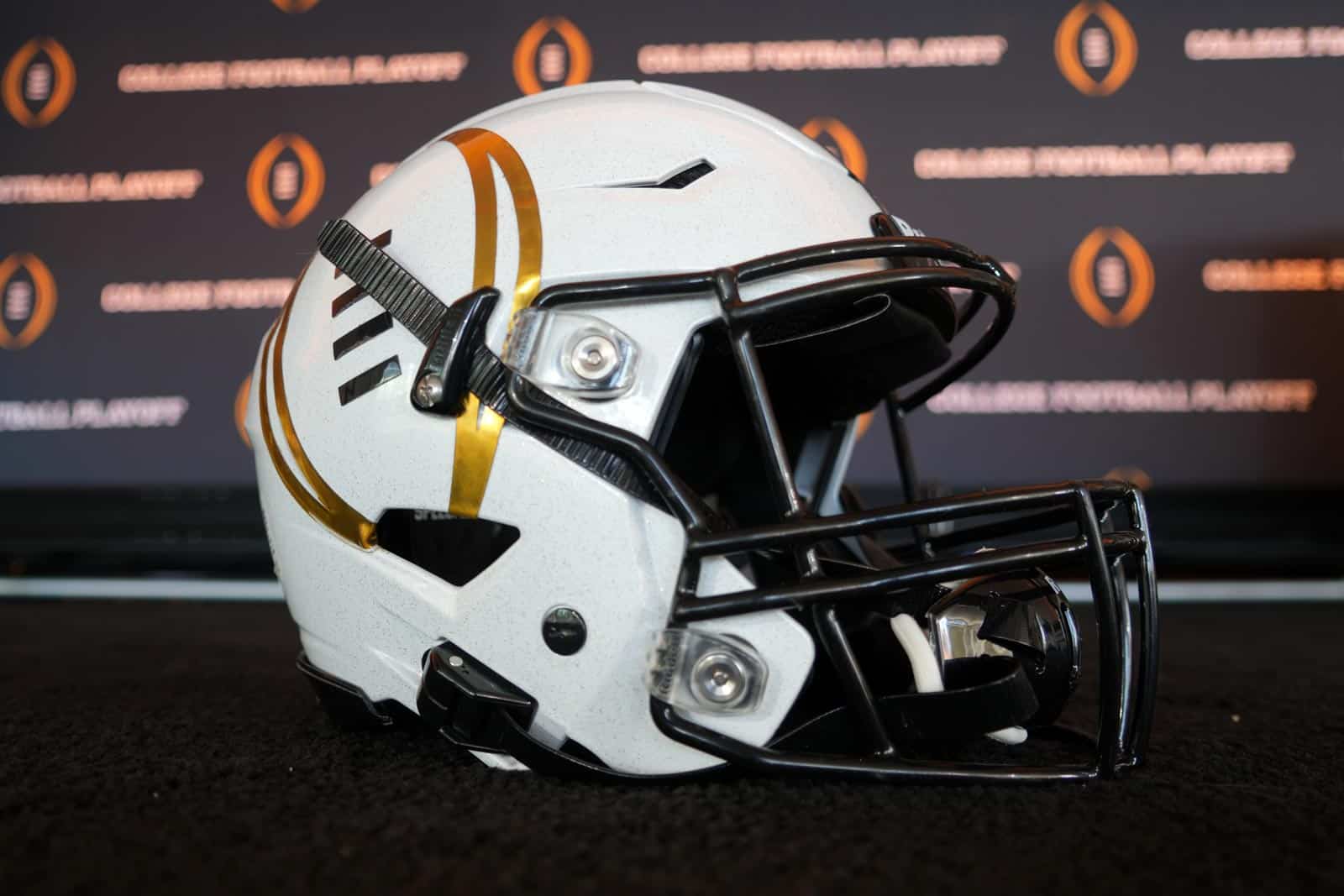 College football bowl games for the 2022-23 season are set to begin next week. The complete schedule is now available to download in iCal format.

The schedule can be opened and added to calendars in macOS, iOS (iPhone/iPad), Apple Calendar, Google Calendar, Microsoft Outlook, Mozilla Thunderbird, and others.

This is the fourth and final version of the bowl schedule here at FBSchedules.com. We also have a web version of the College Football Bowl Schedule for desktop and mobile (with time, TV, and links to buy tickets), a printable version (text only), and a college football bowl helmet schedule.

The 2022-23 bowl schedule begins in one week on Friday, December 16, 2022. Two games are slated for that day, the HomeTown Lenders Bahamas Bowl and the Duluth Trading Cure Bowl.

The College Football Playoff Semifinals are set for New Year’s Eve, Saturday, Dec. 31, 2022. The first matchup at 4:00pm ET will feature the No. 2 Michigan Wolverines against the No. 3 TCU Horned Frogs in the Vrbo Fiesta Bowl at State Farm Stadium in Glendale, Ariz.

In the second College Football Playoff Semifinal, the No. 1 Georgia Bulldogs will take on the No. 4 Ohio State Buckeyes at Mercedes-Benz Stadium in Atlanta, Ga., at 8:00pm ET. Both semifinal games will be televised by ESPN.

Semifinal winners will meet in the College Football Playoff National Championship on Monday, Jan. 9, 2023 at SoFi Stadium in Inglewood, Calif. The game will be televised by ESPN at 7:30pm ET.