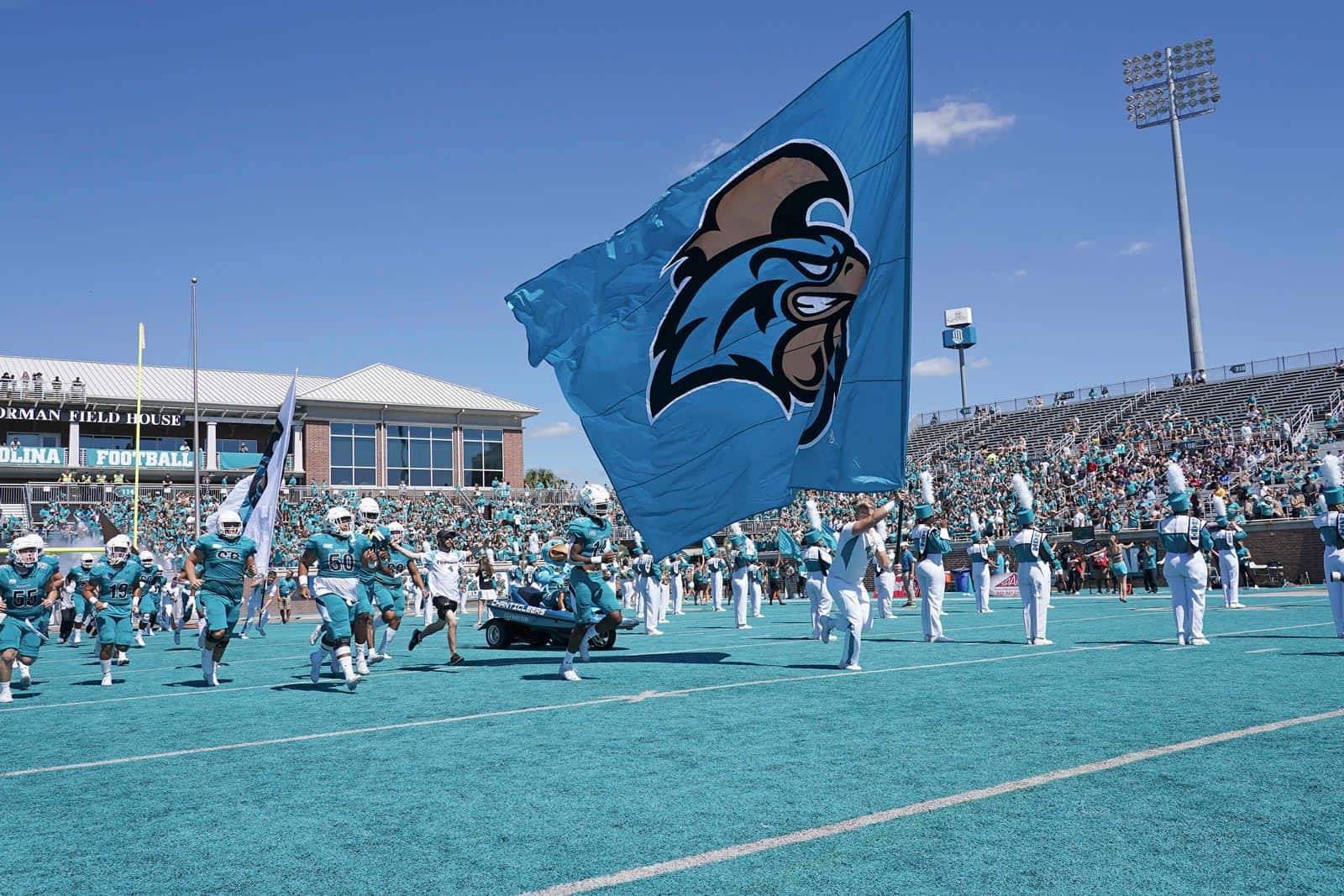 The Coastal Carolina Chanticleers and the Virginia Cavaliers have scheduled a three-game football series beginning in 2022, it was announced on Monday.

The series will begin with the Coastal Carolina Chanticleers traveling to take on the Virginia Cavaliers at David A. Harrison III Field at Scott Stadium in Charlottesville, Va., on Saturday, Nov. 19, 2022.

Coastal Carolina will then host Virginia at Brooks Stadium in Conway, S.C., on Saturday, Sept. 21, 2024, before the three-game series concludes at Virginia on Saturday, Aug. 30, 2025.

“Our scheduling philosophy focuses on bringing strong national competition to Brooks Stadium and we are pleased to announce this series with the University of Virginia which meets that philosophy,” said Matt Hogue, Vice President of Intercollegiate Athletics and University Recreation. “This series also provides a regional flavor that resonates with many current students and alumni who hail from the Mid-Atlantic area. We look forward to starting the series next season in Charlottesville.”

The 2022 Coastal Carolina-Virginia contest will mark the first-ever meeting between the two schools on the gridiron.

With the addition of Virginia, the Chanticleers have completed their non-conference schedule for the 2022 season. Coastal Carolina is scheduled to open the season with consecutive games at home against Army on Sept. 3, Gardner-Webb on Sept. 10, and Buffalo on Sept. 17.

Virginia has also completed their non-conference schedule in 2022. The Cavaliers are scheduled to open the season at home against Richmond on Sept. 3 before traveling to face Illinois on Sept. 10 and hosting Old Dominion on Sept. 17.

Great 3 game series!!! Glad to see UVa (and VPI) doing OOC games regionally, and in venues the size of CCU’s, Liberty’s, and ODU’s…they didn’t think outside the box like this 10 years ago…

Not exactly what I expected from the ACC coalition with the Big 10 and PAC 12.