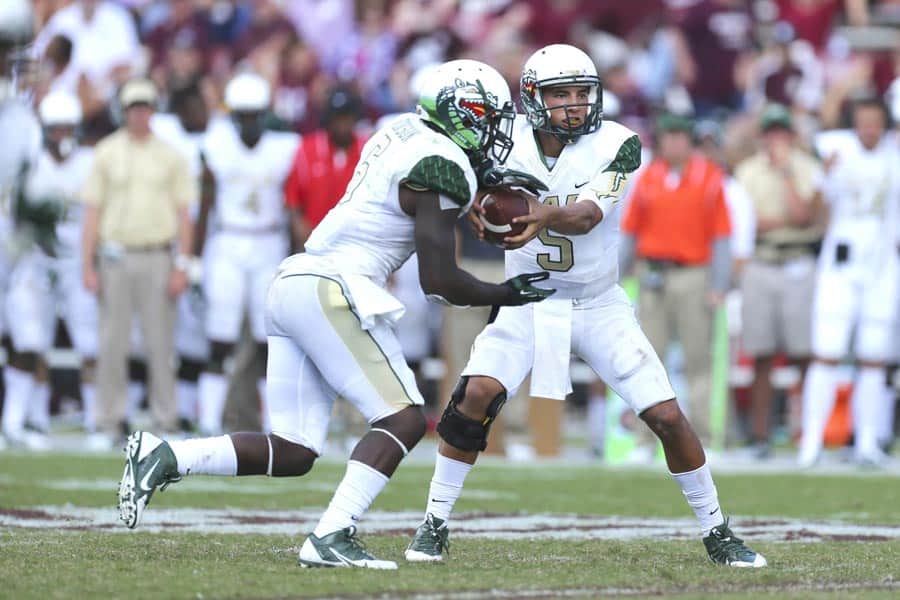 The Coastal Carolina Chanticleers and the UAB Blazers have scheduled a home-and-home football series for 2017 and 2018, the The Sun News has reported.

Per the report, UAB will host the first game of the series at Legion Field in Birmingham in 2017. The Blazers will then travel to face the Chanticleers at Brooks Stadium in Conway, South Carolina in 2018.

The 2017 meeting will be the first ever between the two schools on the gridiron. That season, UAB will be returning to action after having their football program discontinued for the 2015 and 2016 seasons.

Meanwhile, Coastal Carolina will be playing their first season as a member of the FBS in the Sun Belt Conference. The Chanticleers will play the 2016 season as an FCS transitional program.

Coastal Carolina is the first reported opponent for the UAB Blazers for both the 2017 and 2018 seasons. It remains to be seen what other opponents UAB lines up as they slowly return to action.

The Chanticleers also have a home-and-home series set up with the UMass Minutemen for 2017 and 2018. CCU is contracted to visit Western Illinois in 2017, but they may decide to buy out of that game.

why did uab leave then come back to football

IMO, the UAB president hated football…..didn’t care less about the feelings of the alumni, players, etc….

Leave: University of Alabama system
Come Back: Public, internal outcry and enough donations to make it sustainable for the time being