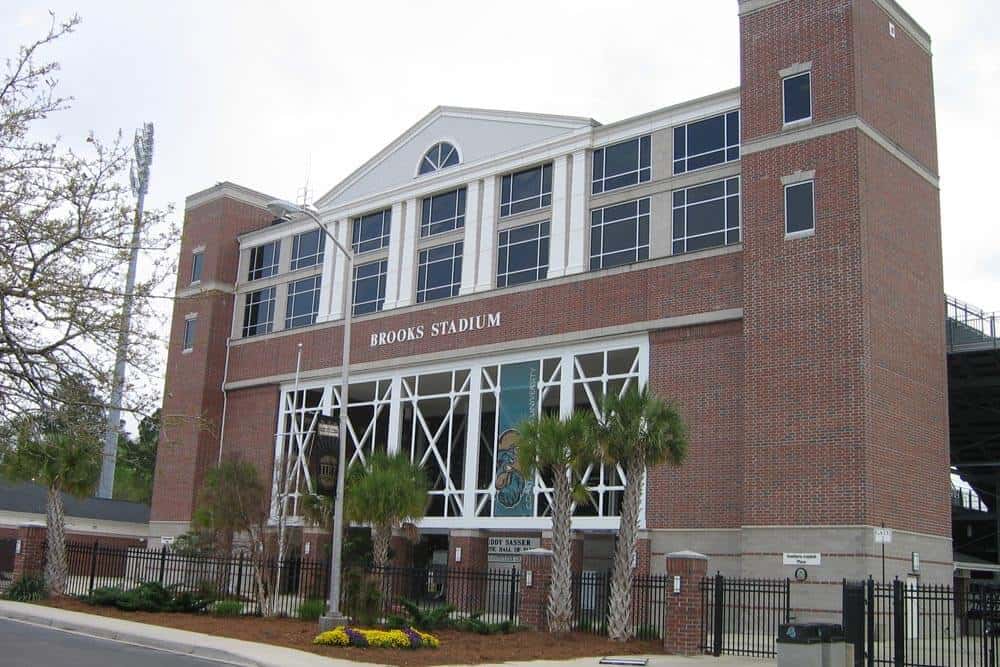 The Coastal Carolina Chanticleers will host the Western Illinois Leathernecks in 2017, FBSchedules.com has confirmed.

Coastal Carolina and Western Illinois were previously scheduled to play a home-and-home series in 2015 and 2017. The 2015 game was played at CCU and the 2017 game was slated to be played at WIU.

However, Coastal Carolina is moving up to the Football Bowl Subdivision this season and FBS schools rarely travel to play at FCS schools.

Last year, the two schools amended their contract and will now play the second and final game of the series at Brooks Stadium in Conway, South Carolina.

Coastal Carolina and Western Illinois will meet on Sept. 23, 2017 and the Chanticleers will pay the Leathernecks a $300,000 guarantee, according to a copy of the contract obtained from WIU via a freedom of information act request.

Earlier this month, the Sun Belt Conference opponents for the 2017 season were announced. Coastal Carolina will host Georgia Southern, Georgia State, Texas State, and Troy and will travel to Appalachian State, Arkansas State, Idaho, and ULM.

Who does that leave with 11 games? Which Hawai’i opponents haven’t taken a 13th game?

Kevin, Good work getting this sorted.

With Akron and Coastal Carolina finalizing their schedules, all FBS programs have announced at least twelve games for 2017.

With the Hawaii exemption rule, Colorado State, Fresno State, San Diego State, and Hawaii, still have the option to schedule an additional (13th) game, against a FCS program or against each other.

Hawaii can only schedule an additional (13th) game against a second FCS program (already scheduled to host Western Carolina).

San Jose State has chosen to use the exemption and has scheduled 13 games in 2017.

At this point, I doubt anyone adds a 13th game.

Along with San Jose St, BYU also chose to use the exemption and has 13 games scheduled