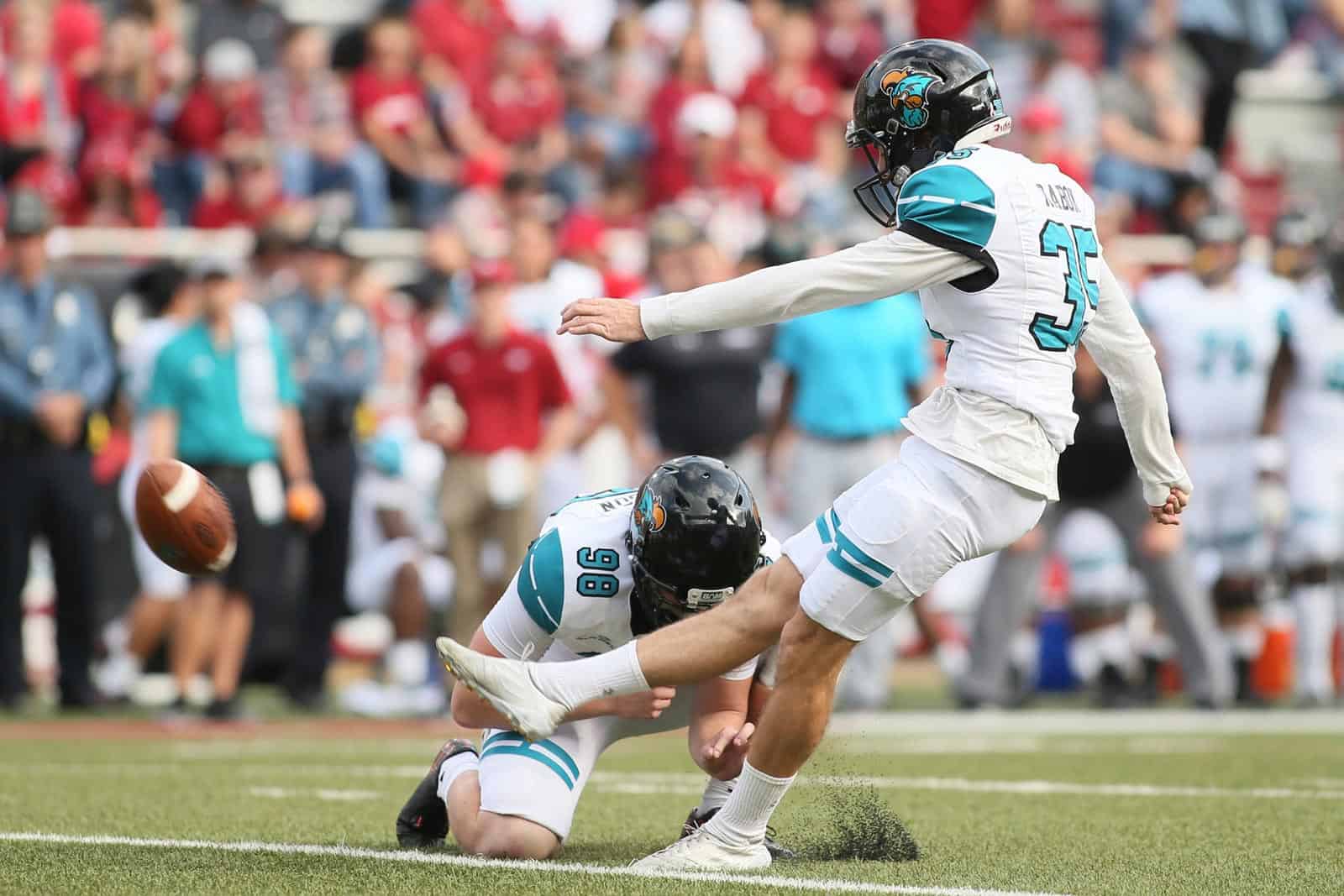 The Coastal Carolina Chanticleers have added the Norfolk State Spartans to their 2019 football schedule, FBSchedules.com has learned.

Coastal Carolina will host Norfolk State at Brooks Stadium in Conway, South Carolina on Sept. 14, 2019. CCU will pay NSU a $225,000 guarantee for the game, according to a copy of the contract obtained via a state Freedom of Information Act request.

Coastal Carolina and Norfolk State have never met on the gridiron.

Norfolk State is a member of the Mid-Eastern Athletic Conference (MEAC) in the Football Championship Subdivision (FCS). The Spartans finished the 2017 season 4-7 overall and 4-4 in MEAC play.

The addition of Norfolk State tentatively completes Coastal Carolina’s non-conference schedule for the 2019 season. The Chanticleers are scheduled to open the season at home in Brooks Stadium on Aug. 31 against Eastern Michigan.

Coastal Carolina’s other two non-conference games in 2019 are both on the road. CCU will travel to take on Kansas on Sept. 7 and UMass on Sept. 21.

Sun Belt opponents for Coastal Carolina in 2019 include Georgia State, Louisiana, Texas State, and Troy at home and Appalachian State, Arkansas State, Georgia Southern, and ULM on the road.