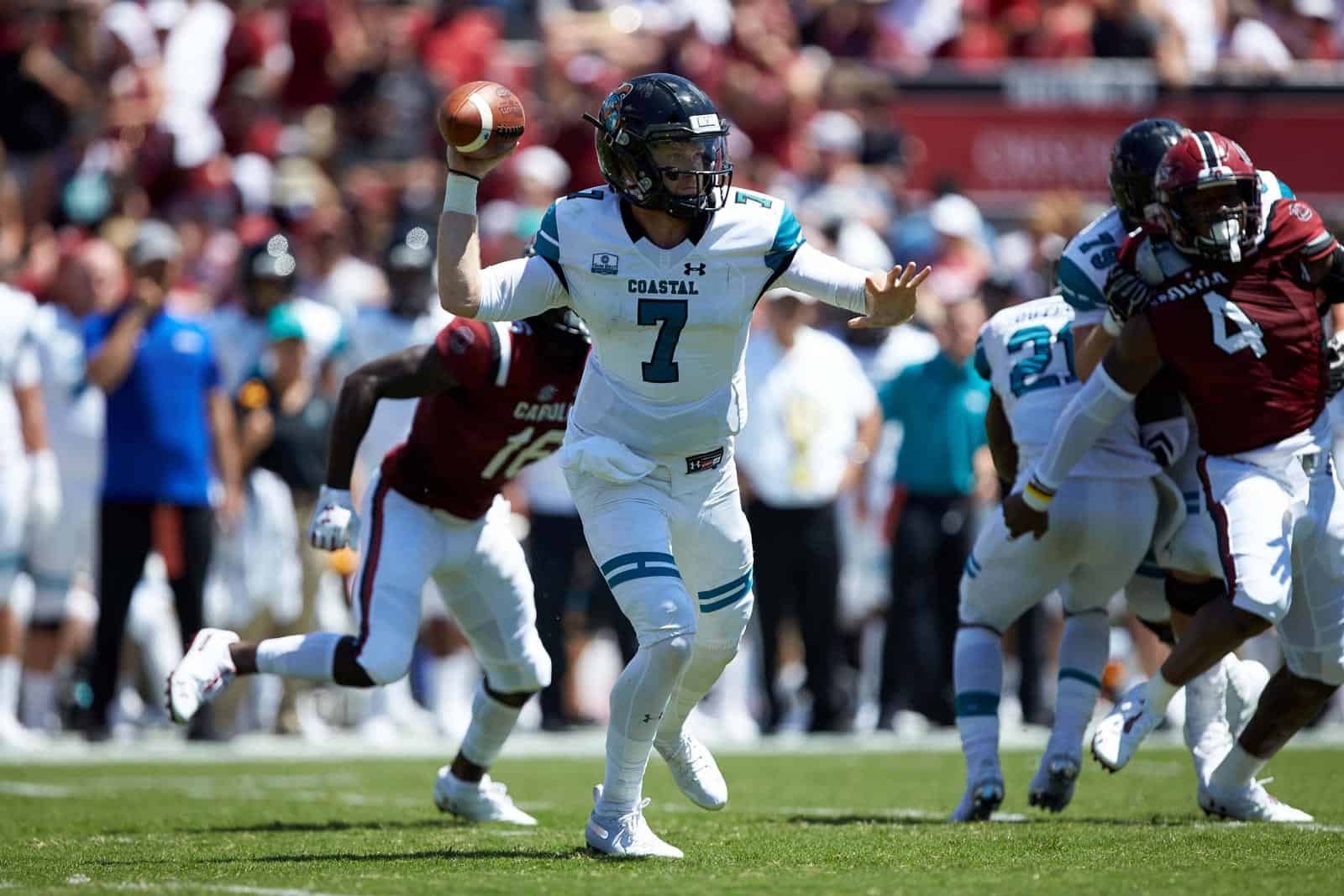 The Coastal Carolina Chanticleers have added the Duquesne Dukes to their 2020 football schedule, FBSchedules.com has learned.

A copy of the game contract was obtained from Coastal Carolina University via a state Freedom of Information Act request.

Coastal Carolina will host Duquesne at Brooks Stadium in Conway, South Carolina, on September 19, 2020. CCU will pay Duquesne a $300,000 guarantee for the contest, according to the copy of the contract.

Duquesne is a member of the Football Championship Subdivision (FCS) and competes in the Northeast Conference (NEC). The Dukes won a share of the NEC championship in 2018 and advanced to the FCS Playoffs, where they defeated Towson and then fell to South Dakota State in the second round.

The addition of Duquesne completes Coastal Carolina’s non-conference schedule for the 2020 season. The Chanticleers are slated to open the season with back-to-back games at South Carolina on Sept. 5 and at Eastern Michigan on Sept. 12. A week after playing Duquesne, CCU hosts Kansas at Brooks Stadium (Sept. 26).

Duquesne now has two non-conference opponents scheduled for 2020. The Dukes are also scheduled to play at Youngstown State on Sept. 12.

I was thinking the same .