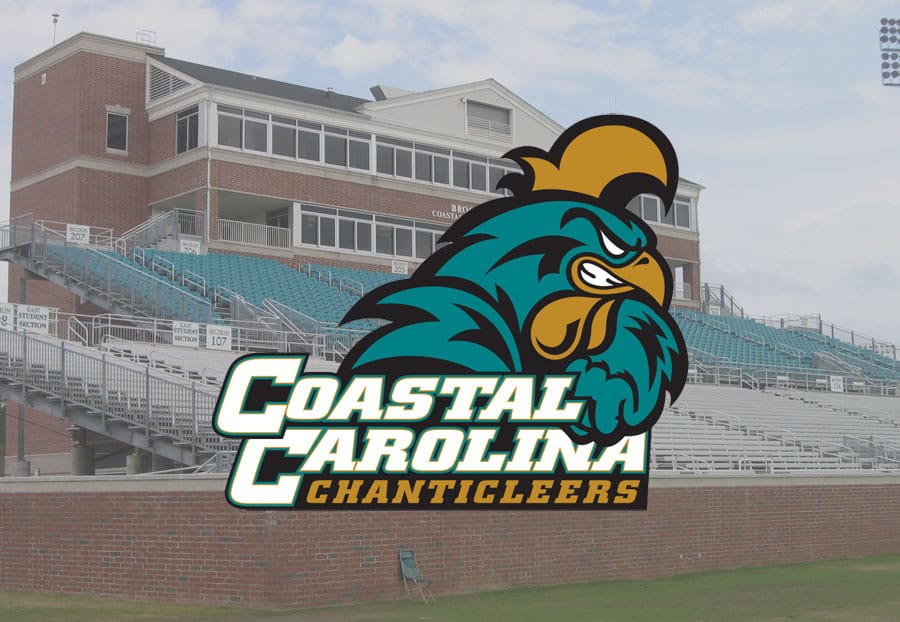 Coastal Carolina will be an FCS Transitional team in 2016 and will play an all FCS schedule. In 2017, the Chanticleers move up to the Football Bowl Subdivision (FBS) and will compete in the Sun Belt Conference. CCU will be eligible to compete for the Sun Belt title in 2017, but will not be eligible for a bowl until the 2018 season.

“This is an important year for our program as we start our transition to the FBS,” said fifth-year CCU head coach Joe Moglia. “However, we are still an FCS independent this year and have put together a nationally-competitive schedule to reflect that. We are pleased to play eight home games and we are excited to have a final go around with schools with which we have built a good tradition. We talk about wanting to have a program that Coastal Carolina can be proud of and feel both this schedule and this team will accomplish that goal.”

Coastal Carolina opens the 2016 season on the road at Lamar on Sept. 3. Other road games for CCU include Jacksonville State (Sept. 17), Gardner-Webb (Oct. 8), and Presbyterian (Oct. 29).

With this rather slower time in the year in regards to football I think this would be the perfect time to expand and add all of the FCS schedules/teams.

I have been saying that for years @Shep

Bravo to this suggestion! I know that it would be a lot more work…..but lots of folks enjoy FCS competition! Add the
FCS (perhaps in increments over time) schedules and
reward all the Division I players and teams out there. GO BLUE
HENS!!!!!!