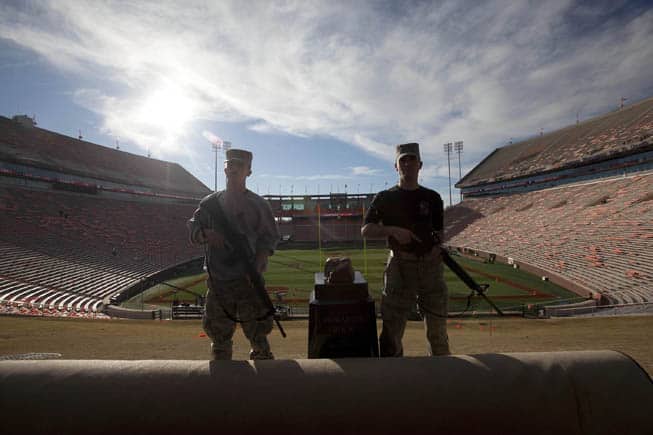 The Clemson Tigers have added the Troy Trojans to their 2016 football schedule, per an official announcement today from the Troy athletics department.

Clemson will host Troy at Memorial Stadium on Sept. 10, 2016. The game will be the second meeting between the two schools following Troy’s 43-19 loss at Clemson in 2011.

Clemson is the first scheduled non-conference opponent for Troy for the 2016 season.

Way to push yourselves, Clemson.

Im assuming you are a gamecock… so lets see… this season, Central Florida and Coastal Carolina…2014, East Carolina, Troy and Furman… way to push yourself Scar.

They lost by 24. They are looking for a paycheck and Clemson is looking for a win…..need I say more. The big schools schedule these types of games to meet their needs for wins and the small semi-impoverished schools take the paycheck and the loss so that they can stay in business. It is a whorish buisness!