Clear Your Schedule – The Sixer, Week 13 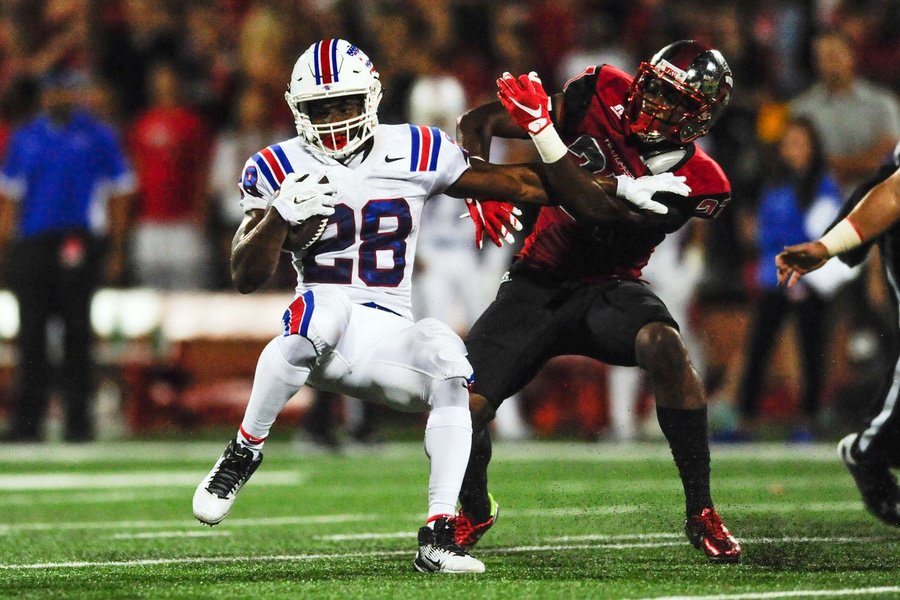 And here I thought the “bad” games were a bad idea.  Thanks to a wacky week of college football, the standings in the College Football Playoff, the AP Top 25, and, least importantly, the Sixer are completely turned upside down.  This is Rivalry Week across the nation, and it’s much the same here with The Sixer.  It’s the last week of a full (such as it is) slate of games, and before we take a look at those games, let’s look at the standings.

We’ll come back next week to predict some of the conference title games.  I’ll also caution you that some really good games got left off this week, and I’ll apologize in advance.  Please go gently on the comments section.

(Author’s note:  Please note that there are Friday games in this week’s edition.  Plan your predictions accordingly.)

Print that, tweet that, whatever:  This one will be fun to watch.  Will the baton be passed to Tom Herman’s spread style, or can Navy’s option win the day?

Before we proceed, you’ll note that the next two games are the de facto Conference USA semifinals.  Marshall and Western Kentucky will battle for the East title, while Southern Miss and Louisiana Tech will play for the West.  According to the conference, ties are broken to determine the host of the championship game in the following fashion:

2. If tied, head to head between tied teams.

Print that, tweet that, whatever:  This game should be an absolute classic.  Though Marshall has a great defense, this is a battle of two high-powered offenses.

Print that, tweet that, whatever:  Southern Miss has been an excellent story, but Jeff Driskel’s experience and Kenneth Dixon’s skill are tough to overcome.

Print that, tweet that, whatever:  All of the numbers point to Ohio State in this one.  Michigan playing in the Big House and battling for a title shot may dictate otherwise.

Print that, tweet that, whatever:  Notre Dame can make a statement after falling to sixth in the CFP standings.  They just need to defeat recent history and the tough Cardinal.

Print that, tweet that, whatever:  The Cowboys need constant pressure on Baker Mayfield and Sterling Shepard to keep the Sooners at bay.  This looks to be another shootout.

Trivia answer:  I asked earlier:  Navy is currently ranked 16th in the AP Top 25, their highest ranking since October 11, 1978.  Who coached that 1978 Midshipmen team?