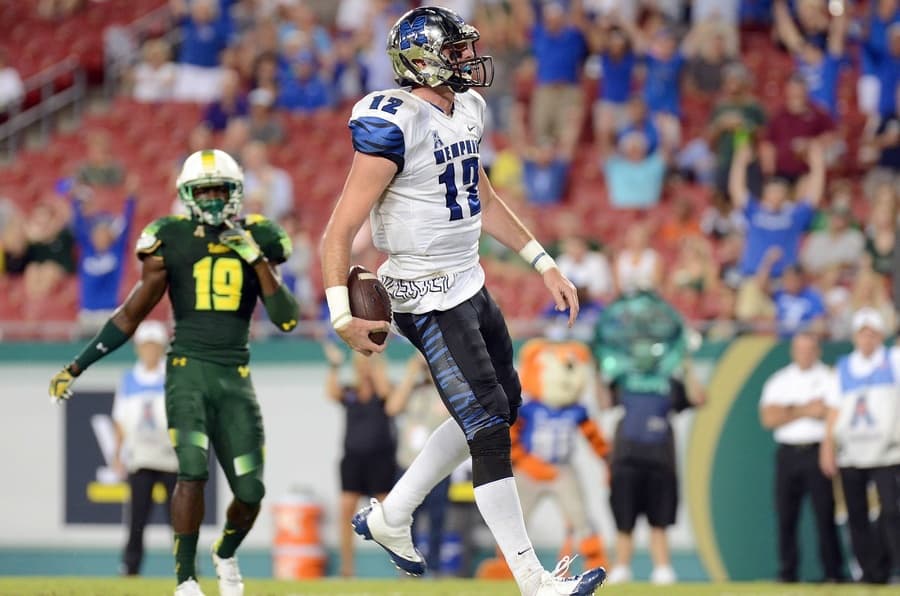 Greetings, sports fans! It’s hard to believe, but we’re halfway through another college football season. Before long, there’ll be a chill in the air, turkeys being purchased and the threat of that four-letter word that starts with “s” that we so terribly fear in the South. (No, not that one.)

The conference races are shaping up, and we’re seeing a nice mix of the usual suspects and some fresh faces. In fact, one of the better — on paper, at least — non-conference matchups we’ll see this year amazingly takes place in the middle of the season. That game leads off our coverage this week.

Before we get to standings and trivia, I need to make a brief announcement.

Teams need — and get — bye weeks. This column — and our weekly ACC piece — will be taking a bye week next week. This will allow time to rest and recharge as we head down the home stretch of this already-wacky college football season. We will, however, still be picking games. I will post the week’s slate of games on the site we use to make our picks at 4:00pm Eastern next Friday (10/23/15). Keep your game sharp, everyone!

And now…on to trivia!

The Sixer Trivia, Week 7 (answer at the end of the column): Justin Fuente’s Memphis Tigers have won 15 of their last 18 games. How many of the last 36 games prior to Fuente’s arrival ended in Tiger victories?

Print that, tweet that, whatever: This one has all the makings of a wild shootout between two powerful offenses. Whether Memphis can make a stop may tell the tale.

Print that, tweet that, whatever: I’ve been as big an Iowa skeptic as anyone, but it’s starting to look as though it may be their year. It’s tough to pick against them.

Print that, tweet that, whatever: Michigan has been on fire since getting clipped by Utah. Michigan State has had some close scrapes. Which team is better prepared?

Print that, tweet that, whatever: Alabama’s resurgent pass defense gets a pretty strong test in Kyle Allen and Christian Kirk. If they can overcome it – and Kyle Field…

Print that, tweet that, whatever: Florida surrenders just over 99 rushing yards per game. LSU has Leonard Fournette. A late score — or turnover — could decide this one.

Print that, tweet that, whatever: Arizona State could get their second win against a Top 10 team. Utah could go 6-0 for the first time in five years. This should be a fun one.

Trivia answer: I asked earlier: Justin Fuente’s Memphis Tigers have won 15 of their last 18 games. How many of the last 36 games prior to Fuente’s arrival ended in Tiger victories?

Memphis won five of those 36 games before Justin Fuente’s arrival. Fuente replaced former coach Larry Porter prior to the 2012 season.

I do not think that anyone can find fault with this slate of games.There is something here for everyone,and arguably pits a lot of heavyweights against each other.
Great job,Brian.