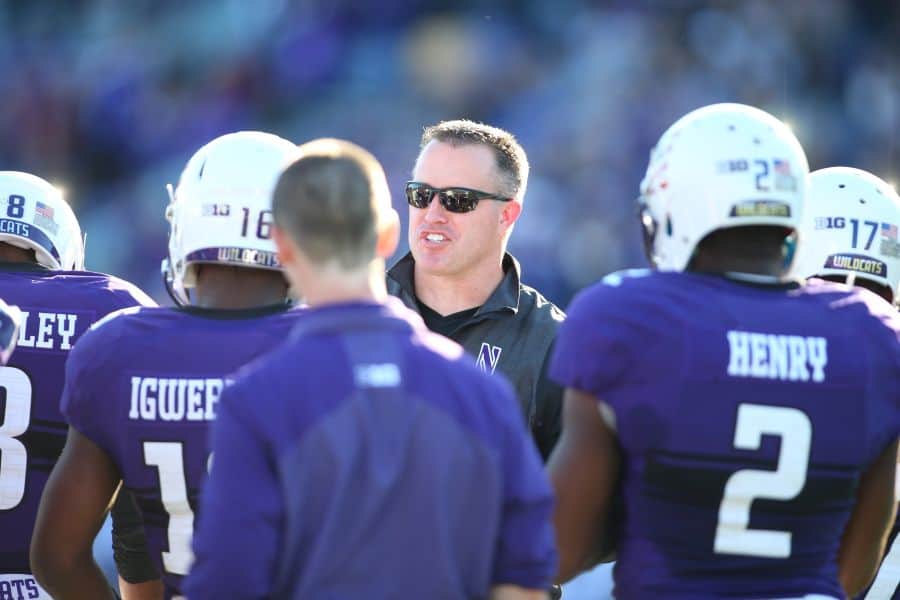 One thing you’ll learn about this weekly space is that there are some weeks where games you don’t expect make the cut.  It may be that there is a dearth of top-notch P5 action, or it may be that I throw in a “whammy week” (those who have been playing along since the radio days remember those), or — as is the case this week — I just want to punish myself for being an idiot.  This week is one of those weeks, as my alma mater makes the list.

I also get to welcome one of the country’s up-and-coming young coaches to the contest for the first time.  Toledo’s Matt Campbell is a rising star in the coaching business, and he seems aligned to end up at a P5 job sooner than later.  For now, though, we salute what he’s managed to do as the leader of the Rockets.

Rest well, citizens, for if you fear the lack of all-P5, all-the-time, I’m sure that will return in no time.

For now, though, the standings!

Remember, any weeks in which games are not selected are counted as losses.  If you’re already part of our totally non-sanctioned-by-FBSchedules contest, you can access your weekly selections here.  To join the fun, select this link.

The Sixer Trivia, Week 6 (answer at the end of the column):  Illinois is 4-2 over their last six Big Ten games.  What was their record over the 25 prior conference games?

Print that, tweet that, whatever:  MTSU has been poised to defeat two P5s, but conservative play calling has arguably cost them.  They’ll need all they can muster to win here.

Print that, tweet that, whatever:  This battle of great quarterbacks (Iowa’s C.J. Beathard and Illinois’ Wes Lunt) will be a close one.  Iowa gets the home-field advantage.

Print that, tweet that, whatever:  Only three other teams started MAC play 1-0, so this game is huge for both teams.  Kent State has just one MAC title and three bowl bids.

Print that, tweet that, whatever:  Northwestern has won twice in Ann Arbor in almost 50 years.  They’ll have a tough road to a third win against a surging Wolverine club.

Details on this game are available in this week’s ACC edition of Clear Your Schedule.

Print that, tweet that, whatever:  A win for either of these schools plants them squarely in position for a spot in the College Football Playoff.  Expect a fantastic finish.

Trivia answer:  I asked earlier:  Illinois is 4-2 over their last six Big Ten games.  What was their record over the 25 prior conference games?

Illinois was 1-24 over those 25 games.  The Illini started the conference schedule 0-3 last year, before winning against Minnesota, Penn State and Northwestern to finish the slate 3-5.  Their lone conference win during that 25-game stretch was a 20-16 victory over Purdue on November 23, 2013.