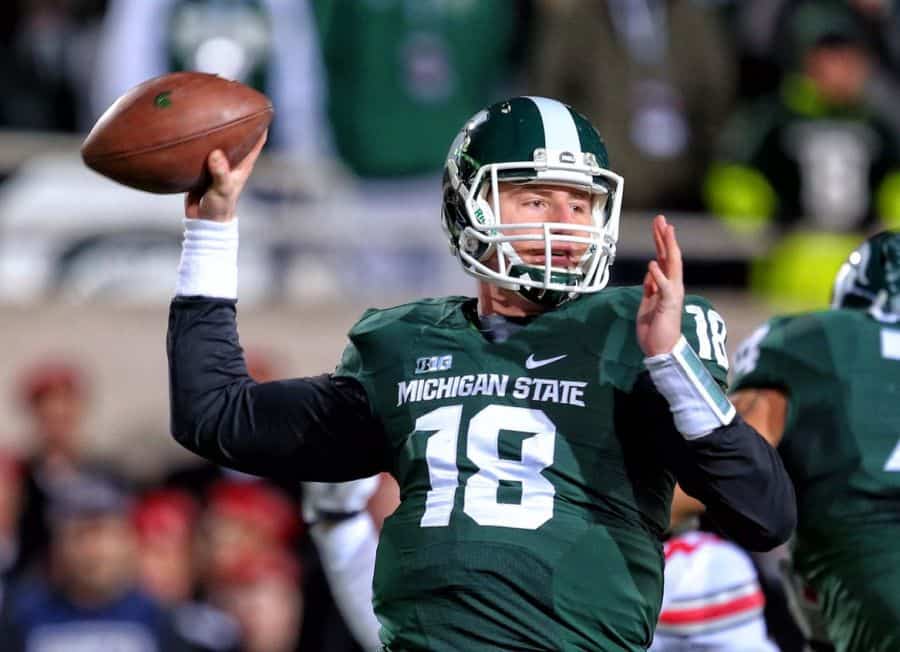 So here we are, staring up at Week Two of The Sixer. The contest — totally not sanctioned by, campaigned for or a party of FBSchedules, by the way — is off to a rousing start. This week, we’ll travel to games in the Big Ten, Big 12, and SEC. We’ll also even include our friends in the Mountain West and the ranks of the independents. They’re not all oil paintings, but here are your six games we have chosen across the nation. You’re all concerned about the standings — naturally — and here are those standings:

There’s still time for you to join this contest that is completely not sanctioned by FBSchedules and may or may not have a prize at the end of the rainbow. It’s free to enter! Just click this link to join.

Time to get rolling, but before we do…you asked for it, our trivia question!

Trivia question (answer at the end of the article): Bob Stoops’ Oklahoma teams have lost six games in the month of September. Who were the six teams to beat Oklahoma in September since Stoops’ arrival in 1999?

Print that, tweet that, whatever: Both teams coasted to victories over talented FCS foes last week. This series is known for wacky outcomes. This one should be no different.

Print that, tweet that, whatever: It’s going to be nearly impossible to slow Oklahoma’s offense, but talk about a “statement win”…this would be one for Tennessee.

Print that, tweet that, whatever: Nighttime in East Lansing is pretty special to witness. Will Oregon continue to look vulnerable like they did (at times) last week?

Print that, tweet that, whatever: This one has “24-21, down to the last possession” written all over it, doesn’t it?

Print that, tweet that, whatever: On paper, this looks like a good spot for a Boise victory. However, counting BYU out — especially after last week — may prove foolish.

Trivia answer: I asked earlier: Bob Stoops’ Oklahoma teams have lost six games in the month of September. Who were the six teams to beat Oklahoma in September since Stoops’ arrival in 1999?

I joined the link provided but can’t find the pool. Help!

There should have been a confirmation stating that you were joined. I sent another link to the email address you provided.

Joined on the link, but don’t know how to join the sixer….

If you go back to the link (funofficepools dot com) and enter your login information, you should see in the upper left a list of the pools of which you’re a part.