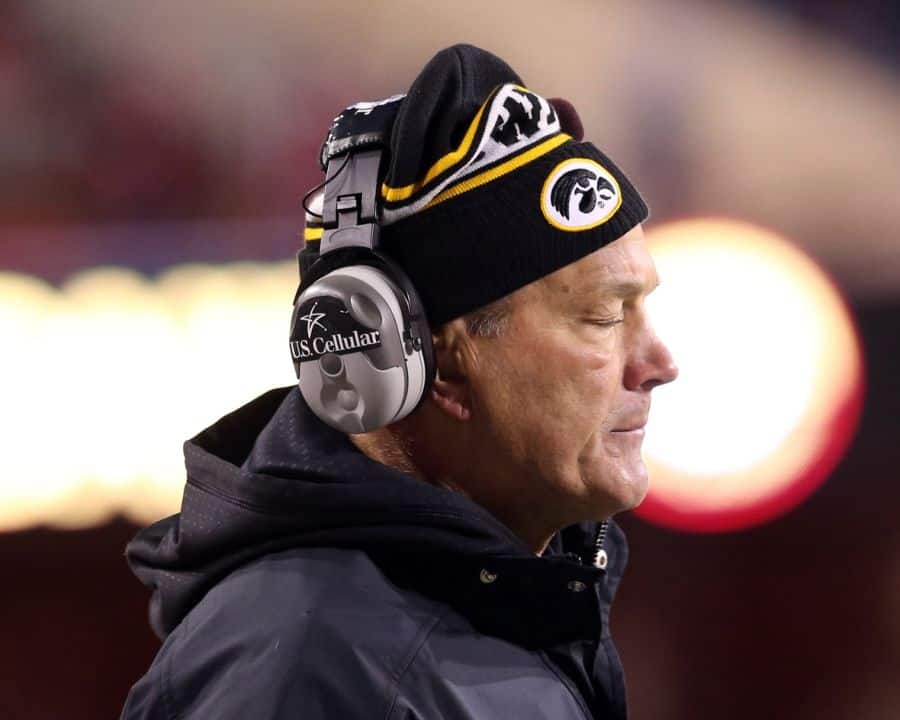 Well, here it is, the final (regular-season, anyway) week of The Sixer. We may do this again for bowl season, but that will largely depend on the clamor/outpouring/whatever else from those of you who participate. There are not many new angles we can offer this week, but we’ll try to offer one. Before we do, though, let’s look at the standings going into the final regular-season week!

Okay, so I mentioned we had a new angle this week, and we do. This week, we’ll feature our Sixer Playoff Standings reveal! We’ll rank this week’s six games in order, with 100 percent less Joey Galloway and 100 percent more anger toward me for how I rank these games. Sharpen your swords, folks…but first, trivia!

The Sixer Trivia, Week 14 (answer at the end of the column): A kicker has been named MVP of the ACC Championship Game just once. Who was the kicker, in which year was he awarded and for what school did he play?

Info guide: We realize that this is the SEC championship. Before anyone snaps, please realize that. That said…

Print that, tweet that, whatever: Florida is more than capable defensively. However, if Alabama gets an early lead, good luck to the Gators. They’re not built to come back.

Info guide: What Todd Monken has managed to accomplish in short order at Southern Miss is nothing shot of miraculous. Monken inherited a team that was 0-12 just three seasons ago and now has them playing for a conference title. For their success, both he and Western Kentucky coach Jeff Brohm have both been mentioned for most of the FBS-level job openings.

Print that, tweet that, whatever: This game might hit 100 total points, with as prolific as both offenses can be. Both schools may also be looking for new leaders for 2016.

Info guide: USC got some much needed — if somewhat surprising — stability earlier this week, as interim coach Clay Helton was rewarded with a five-year deal to lead the Trojans. His reward is to battle Christian McCaffrey and a Stanford team that secured a 41-31 victory against USC earlier this year.

Print that, tweet that, whatever: The Trojans will compete with the Cardinal — just as in the first game — but Stanford looks to have too much for USC in this one.

Info guide: Speaking of hot coaches, you have two of the hottest names for job openings facing off in this game. Tom Herman just parlayed his success into an extension with Houston, while Matt Rhule continues to be mentioned for any number of jobs. These teams represent two of the better stories in the conference and around the country.

Print that, tweet that, whatever: 500-yard-per-game offense? Check. Top defense in the American? Check. This is going to be a really fun game.

Check this week’s ACC edition of Clear Your Schedule for more detail on this game.

Info guide: It seems as though this entire week — and really, the last few weeks — has/have been devoted to discrediting Iowa. Iowa really gets the chance to make a statement in front of a national audience. Michigan State had their chance against Ohio State, and seized it.

Print that, tweet that, whatever: Much of the focus has been on the ACC, because Clemson is top-ranked. The Big Ten could grab all the headlines in this one, though.

Trivia answer: I asked earlier: A kicker has been named MVP of the ACC Championship Game just once. Who was the kicker, in which year was he awarded and for what school did he play?

Wake Forest’s Sam Swank was named the MVP of the 2006 ACC title game. He scored all nine points in the Deacs’ 9-6 victory over Georgia Tech.

The Tar Heel is going to win by three

So basically it’s Clemson, Bama, Oklahoma & the winner of the BIG game if all plays out. Clemson is safe no matter how they win, winner of the BIG is safe, Bama needs to make a statement by winning big & who knows, if Stanford can beat USC by 30+ points we may see a realigning in the top four like last year, not sure if no Big-12 Championship is going to hurt the Sooners like it did TCU last year.

What if Michigan state beat lowa and Florida beat bama and USC win how would the playoff be.

Then I would assume it would be Clemson, Oklahoma, Michigan St & some how OSU would sneak in again. ND is to far down & not playing.

I believe Sanford get in if lowa lose over Oklahoma and the Tar Heel need the win to sneak in.