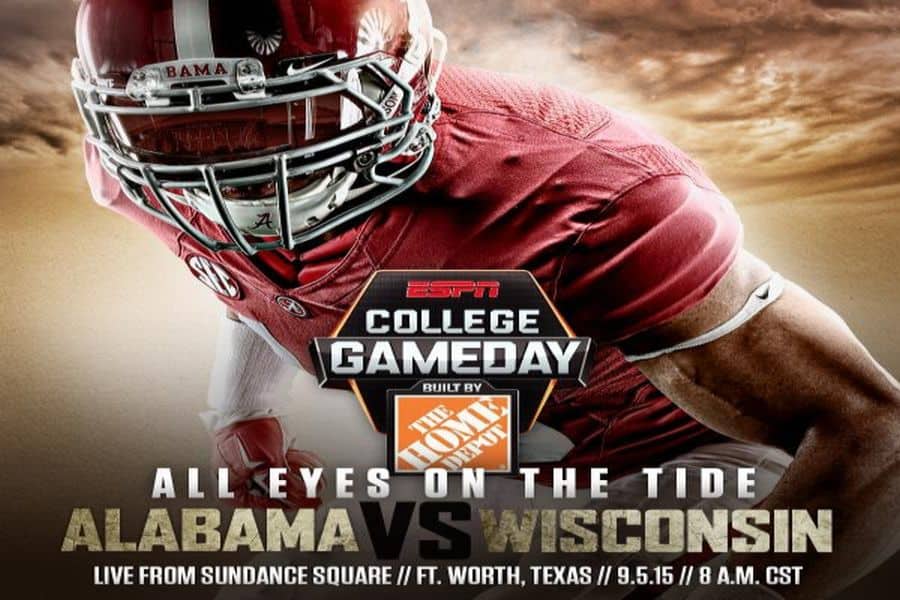 It’s a bittersweet week here at Clear Your Schedule. This is the first year in my time here that we will not have a weekly SEC feature — and some of you let me know your disappointment around that development — but I assured you then and will assure you now that we will still talk SEC football in this space. In fact, if you scroll down a bit, you’ll see that we will mention a little bit of Paul Finebaum’s favorite conference right here.

I am looking forward to being hammered on which six games make it here each week, especially early in the season. I may omit your preferred game a few times, and I’ll apologize in advance. Oh, no trivia question — yet. If you’d like a trivia question in these columns, let me know in the comments section.

Also, one note on our weekly picks contest. Please note that this is not sponsored by, endorsed by, or maybe even condoned by FBSchedules.com. This is another way for the site’s readers to have a more interactive weekly experience and collect some bragging rights. Our good friend Paul Swaney over at Stadium Journey has expressed some interest in a small congratulatory offering to the winner, and if a) we go forward with those plans and b) the highly unlikely event of my winning the contest occurs, any prize we offer would go to the second-place winner. Stay tuned for details!

To join us and make your picks — even if all you want is to tell me that you beat me — click this link. You will be able to pick each game until it starts (for instance, our first game locks Thursday night, but you should be able to pick Saturday’s games until they kick off). It may be better to pick them all at once, just to be sure.

Without further ado, here we go!

Print that, tweet that, whatever: Boykin and Minnesota’s Mitch Leidner will make for a fun battle of dual-threat QBs. A Gopher win would change the landscape.

Print that, tweet that, whatever: Louisville will look quite different without DeVante Parker, Gerod Holliman and the like. This is a tough draw against the team from the Plains.

Print that, tweet that, whatever: Arizona State may be the ranked team here, but look out for the Aggies. ASU winning in the Aggies’ back yard would be a “statement” win.

Print that, tweet that, whatever: Charlie Strong needs a “signature” win to get the Texas faithful excited. The Irish don’t want to see their title hopes vanish in week one.

Print that, tweet that, whatever: This has all the makings of a game decided in the final two minutes. If Wisconsin can establish the run, they may pull the upset.

Print that, tweet that, whatever: On paper, this would appear to line up for a beatdown by Ohio State. However, the Hokies always look to make a statement in Blacksburg.

Extremely well written synopsis of these games.Most informative and interesting.I would guess that we can enter our picks here,as there is no ‘sixer’site as before.