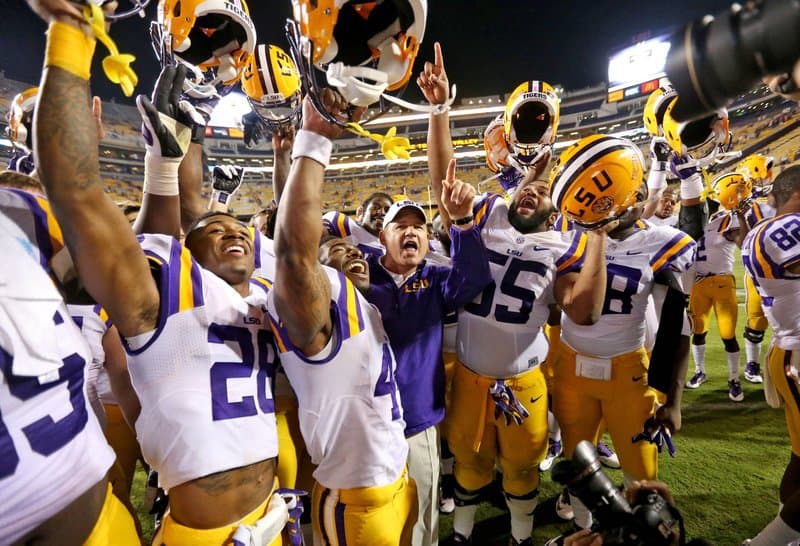 So here we are, week 9 of the SEC season, and we’re still nowhere close to being settled.  We learned a lot about some of the teams looking to make the jump to the next level.  There are also still three SEC teams ranked in the top four, and Alabama’s win puts everything back into question.  We may not have a lot more answers after this week, but before we try to figure out any of that, let’s look at last week’s Three Big Things from SEC play.

On to week nine action — but first, it’s trivia time!

SEC Trivia, Week 9:  What was the average price of gas the last day Tennessee defeated Alabama?

Print that, tweet that, whatever:  Bill Clark has already done great things at UAB.  They’ll be competitive, but it’s tough to see them winning here.

Print that, tweet that, whatever:  Kentucky has been so good early on, but this is a tough stretch for the Wildcats.  This is an unfavorable matchup.

Print that, tweet that, whatever:  Vandy will not only have troubles winning this game; they may not win another this year.

Print that, tweet that, whatever:  This is a night(ish) game in Death Valley, but Ole Miss is across the field.  Little bit different game than Kentucky.

Print that, tweet that, whatever:  An already-ugly season for the HBC and the Gamecocks looks as though it’s about to get even worse.

I loved the Three Big Things at the beginning of the article.Your entertaining and graphic description of upcoming games is good stuff.I have said before that this conference is the best in football,and having three of the top 4 teams in the country definitely bears that out.
The game that everyone will be looking at as a possible ‘trip up’ game is in Death Valley tonight.That game will do a lot to promote Ole Miss as legitimate.Great job,as always.

Once again big games for Mississippi schools, don’t underestimate Kentucky. Miss St may win big in the end but Wildcats should keep it close. Nice job Stoops has done there.

Couldn’t agree more about Kentucky. Turning around a down program that quickly in the SEC is absolutely to be commended. I’m pretty high on that program going forward.

“Death Valley is where teams dreams come to die. Dreams are dying and shall continue to die before a crowd of 102, 000 people.