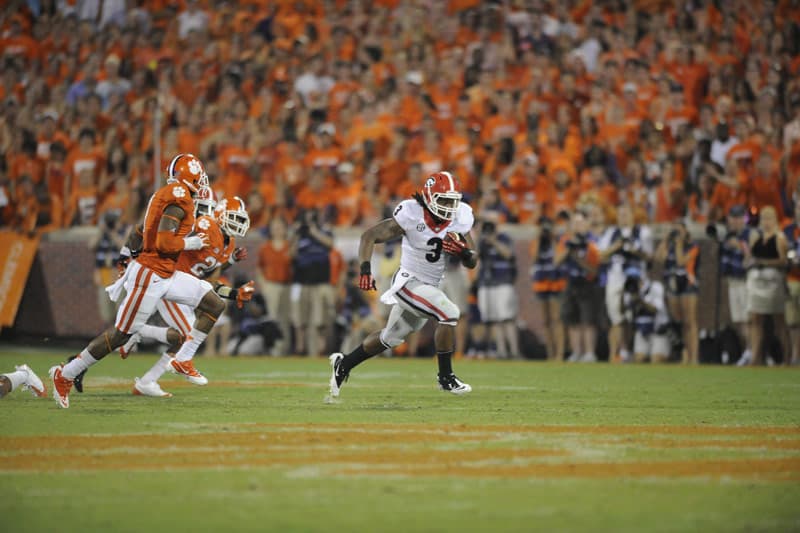 (Author’s note: If you’re looking for the other SEC games taking place this weekend, check part one of this feature.)

We’ve already talked about a number of key games in the SEC this weekend, and, as expected, there are still quite a few games with immense storylines yet to discuss. There are still six contests on the ledger, with trips to the Plains, Between the Hedges, The Swamp, Mississippi State, Death Valley and Rocky Top straight ahead. Get ready to stamp your football passport, and realize that almost every game we cover in this space could be worthy of the Top of the Ratings designation. Before the train leaves the station, grab this trivia question to take along!

SEC Trivia, Week 1, Part 2 (answer at the end of the column): Thanks to The Daily Beacon/Daily Times’ Patrick MacCoon for the inspiration on this one!

Tennessee is 15-1 against current Mountain West teams. Which MWC team dealt the Volunteers that lone loss?

Keyword Search (all records from 2013)

We’ve got a fun new feature coming to this space next week. Be on the lookout!

Wyoming defeated Tennessee 13-7 on November 8, 2008. This was the Homecoming game for the 2008 season. Wyoming returned an intercepted Jonathan Crompton pass 24 yards for a score in the second quarter, giving them a margin Tennessee could not overcome.

I understand it is just one game but either S.Carolina is overrated or EVERYBODY was wrong about Texas A&M! And that is why A&M is ranked in the preseason & now is a competitor in the West, A&M did not skip a beat last night from last year & poor Vandy has gone back to being Vandy. I will like see how Arkansas has improved under Bielema in year two & how Auburn can bounce back from the BCS Championship game. Tennessee, Alabama, Florida & Miss St should be fine & of course Georgia & LSU are playing great OOC to start the season.

I think there’s validity in both angles about Carolina and A&M. There’s been so much turnover in Columbia, particularly on defense, and you saw that last night. I was concerned about Carolina’s ability to chuck receivers off the line, and A&M’s receivers (Malcome Kennedy, particularly) had their way all night. They also got next to no pressure on Hill all night, which is a killer when a kid is going to throw that much. That has to be fixed immediately, or Hutson Mason is going to have some fun with that group of wideouts.

I don’t think Carolina’s as bad a team as we saw last night, but A&M might be that good (and better), if that makes sense.

Arkansas is going to give Auburn a battle on the Plains. I don’t know if they win (again, prognostications usually go poorly with me), but a lot will depend on how Auburn responds without Tre Mason.

Good points all around on the other games. Utah State’s really good, though, and they’ve got an SEC-caliber coach (eventually) in Matt Wells. Again, not saying they win at Neyland, but be aware of them.

This is excellent……light years better then the other SEC column. Well researched and respectful of all the teams, even the FCS schools. Can’t wait to see your SJSU- Auburn preview.

Terrific stats and detailed comments on each game.I am curious as to hoe Arkansas and LSU will look.The SEC should be tough as hell this year with the usual suspects around the top,and Ole Miss and possibly Miss.St and Tenn..being improved.Everybody has Auburn,but don’t pencil them in just yet.Great job,as usual.