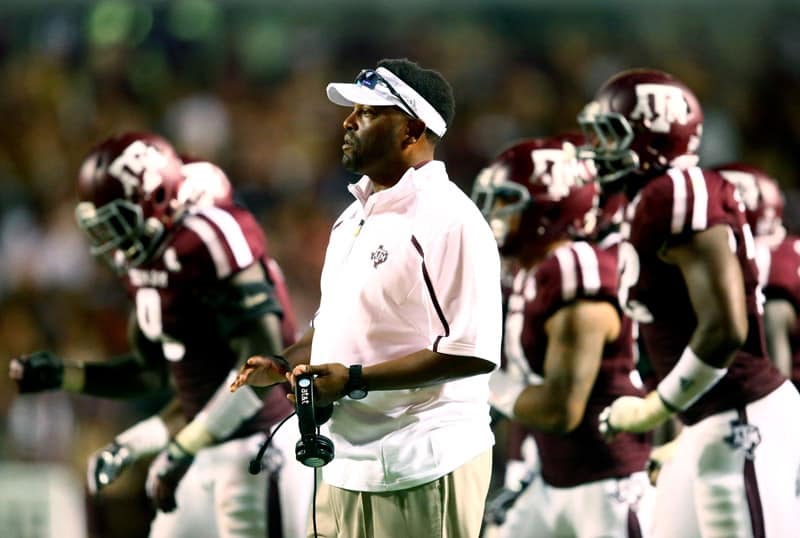 Heavy is the head that wears the crown.

That’s not just something you heard growing up as a kid. The SEC found that out last year, as Florida State took home the final BCS trophy. A few national types laughably began to wonder if that occurrence was the beginning of the end of the SEC’s dominance. In full disclosure, I grew up in ACC territory, despite currently living in (mostly) SEC territory. As with much of today’s consumable media, there’s very little room between calling Finebaum every day and yelling about the SEC and making constant protests about how the conference is overrated. We’ll attempt to walk that fine line here in 2014.

On a serious note, I’m glad you’re all back. The fact that you read what I write each week is extremely cool, but the cooler thing is that you’re supporting Kevin and this site. We won’t always agree in this space and that on the ACC, and that’s fine, but the greater thing to remember is that we all love college football and this is one of the better sites on which to share that love. Now, before we get too sappy, it’s trivia time!

SEC Trivia, Week 1, Part 1 (answer at the end of the column): Since we talked about the SEC’s dominance on the national stage…

Program guide: Everyone knows the storylines here. It would take forever to recap them.

A&M faces the season without new ESPN addiction Johnny Manziel, but equally important are the losses of Mike Evans and new Falcon offensive line anchor Jake Matthews. The Aggies are suddenly really young on the offensive side of the ball after these losses. True freshmen Speedy Noil and Frank Iheanacho are in the wide receiver rotation, with sophomore quarterback Kenny Hill (16-for-22, 183 yards, 1 TD in ’13) joining receivers Josh Reynolds, Jeremy Tabuyo and Edward Pope among those likely to see a lot of action. Pope (6’4″), redshirt freshman Ricky Seals-Jones (6’5″), Iheanacho (6’6″) and Reynolds (6’4″) provide a lot of the size — and, hopefully for the Aggies, ability to win matchups downfield — that Kevin Sumlin’s club lost with the departure of Evans. Stalwart Malcome Kennedy will provide stability to the receiving corps.

Bruising running back Tra Carson will join with Brandon Williams to run behind an offensive line composed of two seniors, two juniors and a sophomore. Matthews’ loss is gigantic, but the left side of the line returns to join center Mike Matthews in forming a solid nucleus to protect Hill as he puts his own stamp on the Aggie offense.

This is not to say that the Gamecocks are without their impactful losses. Jadeveon Clowney will look to cause the same havoc with the Texans that he caused in the SEC, while wideout Bruce Ellington, cornerback Victor Hampton, quarterback Connor Shaw and defensive tackle Kelcy Quarles leave large voids for Steve Spurrier’s club.

South Carolina at least has a veteran under center in Dylan Thompson (52-for-89, 783 yards, 4 TD, 3 INT in ’13), along with a seasoned crew of receivers in Shaq Roland, Nick Jones, Damiere Byrd and Pharoh Cooper, among others. Running back Mike Davis will likely split carries — assuming he is able to play on Thursday, that is — with upperclassmen Shon Carson and Brandon Wilds. Observant fans will remember Wilds for his star turn (such as it was) while filling in for injured star Marcus Lattimore. Wilds, from nearby Blythewood, South Carolina, rushed 107 times for 486 yards and three scores in the 2011 season. Whether this offense can take advantage of an A&M defense that finished last in the SEC in total defense by greater than a thousand yards last season and returns just five starters from that unit on the two-deep will likely tell much of the story in this one.

Carolina’s defense will look to bookend mammoth defensive tackles J.T. Surratt and Gerald Dixon, Jr. in Spurrier’s 4-3 defense with sophomore defensive ends Gerald Dixon and Darius English. English’s size (6’6″, 241 pounds) and speed will be desired attributes in replacing Clowney’s ability to pressure the quarterback. Three of the four starters in the Gamecock defensive backfield are freshmen or sophomores, so their ability to jam the Aggies’ physical receivers and get over-the-top help will be items to watch.

This is also, of course, the first football game on the SEC Network. Despite the panic campaign directed toward DIRECTV and cable subscribers by network and Dish officials throughout the summer, many eyes will be focused on Columbia, as the new season opens with what looks to be quite the interesting matchup.

The American Athletic Conference has a .651 winning percentage (28-15) during that time.

This is just part one of this week’s festivities. Fear not, I’ll have LSU-Wisconsin in part two. :)

Ah,the excitement of college football is back.I am glad to see S.C. and Alabama getting cranked up early as both of these teams will be fun to watch,as usual.