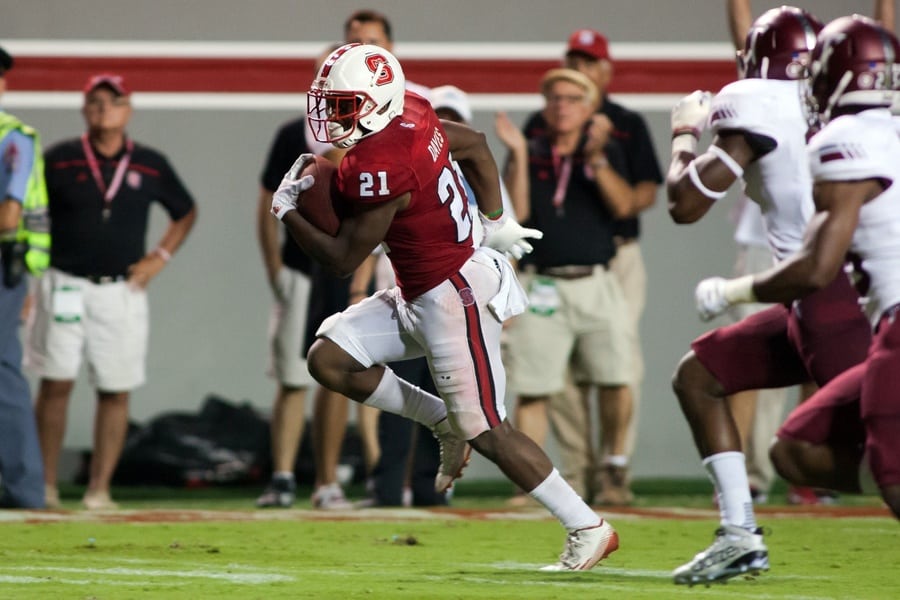 Welcome back, everyone! Everyone needs a bye week, and I took mine on what turned out to be one of the crazier weeks of the year. Of course. It’s as though the universe knew.

Since we know what the universe knows, it’s time to figure out what I know.

These Things I Know

Another wild week clearly awaits us. In order to get our minds right for Week 9, let’s exercise them with some trivia!

ACC Trivia, Week 9 (answer at the end of the column): Pitt’s 23-20 victory over Syracuse made Pat Narduzzi just the second coach in ACC history to win his first four conference games as a head coach. Who was the other, and when did it happen?

Print that, tweet that, whatever: Who among you had this game circled as a battle for first place in the ACC Coastal before the season started? I did not.

Print that, tweet that, whatever: Louisville’s recent hot streak seems likely to continue, with Syracuse and Virginia at home before a key matchup at Pitt on 11/21.

Print that, tweet that, whatever: This is about the worst possible place in which Scott Shafer’s Orange could find themselves. Yikes.

Print that, tweet that, whatever: BC is averaging 219 yards of offense per game in their five conference games. Look for another anemic outing against the Hokies.

Print that, tweet that, whatever: In past years, some may have feared this to be a trap game for Clemson, with Florida State on the horizon for next week. Not this year, though.

“I think that change is relevant. What I want to do is make sure that everything is a positive, fast-moving, very forthright, honest, pure, genuine emotion every day in what we’re doing. Football is a real sport. It takes real emotion, and it takes real passion to motivate young people to do things that sometimes they don’t want to do. When you talk change, it starts with me obviously, and it starts with our staff and everybody that is going [to] touch our young men. That’s a relevant term. They’ll feed off whatever you give them.”

Print that, tweet that, whatever: Our prayers to the family of Miami cornerback Artie Burns, who lost his mother earlier this week. As for the game, Duke should handily win.

Trivia answer: I asked earlier: Pitt’s 23-20 victory over Syracuse made Pat Narduzzi just the second coach in ACC history to win his first four conference games as a head coach. Who was the other, and when did it happen?

Boston College’s Jeff Jagodzinski‘s Eagles defeated Wake Forest, NC State, Georgia Tech and Virginia Tech to start the 2007 season. BC won the Atlantic Division that year, fell to Virginia Tech in the ACC Championship Game, then clipped Michigan State 24-21 in the Champs Sports Bowl to finish 11-3. Jagodzinski went 20-8 as the Eagles’ head coach, won Atlantic Division titles in both of his years in Chestnut Hill, and was fired after interviewing for the New York Jets’ vacancy.

You’re right – just misfired on that one (I looked at the 19-17 Pitt Belk Bowl thing earlier in the piece and, for whatever reason, typed it again). Corrected. :)

Really good piece,yet again.The ACC is really strange this year.With Tech struggling and Carolina and Pitt up around the top,it is most unusual.I guess the fans at Carolina are staying in their seats and not going after a hotdog,as Fedora told them to do.