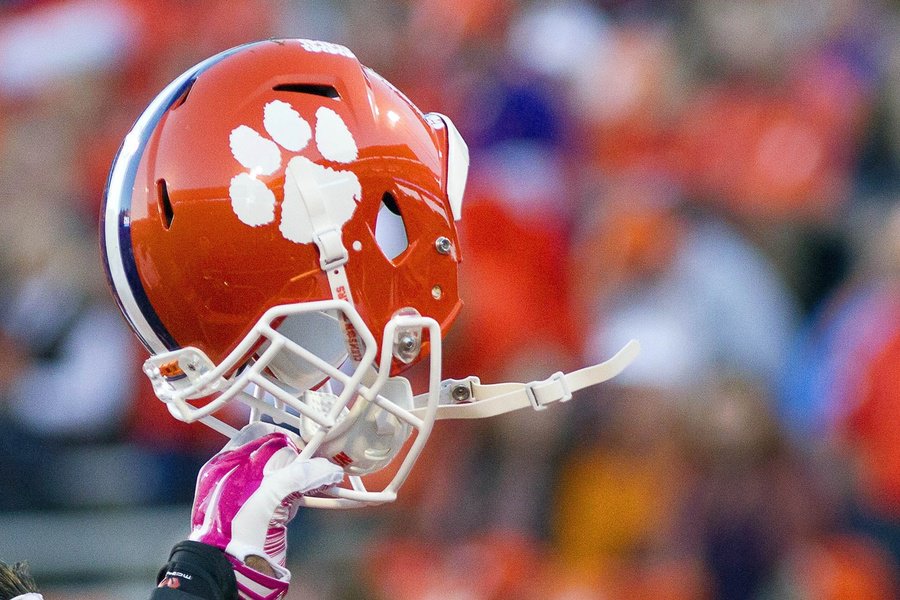 The Clemson Tigers enter Saturday as the top-ranked team in the first CFP rankings of 2015. (Joshua S. Kelly-USA TODAY Sports)

It’s here, everyone. The ACC’s divisions are finally starting to decide each other, and the next two weeks should, at the very least, tell us whom to expect in Charlotte. We have just six games this week across the conference, but there are consequences in all of them, be they for division titles, bowl eligibility or late-season resurgence. While all of those issues sort themselves out — and maybe some of the league’s officials do, too — let’s look at the main thing we now know.

This Thing We Know

Virginia Tech announced earlier this week the retirement of head coach Frank Beamer, effective after the close of this season. The Hokies released a tremendous infographic showing the full impact Beamer has had on the program in Blacksburg. Growing up in Virginia, I saw the complete transformation Beamer enacted at his alma mater, and — admittedly through clenched teeth, at times — always respected the success he brought to the program and the university. Campaigns are underway to get both Gameday and Metallica to Blacksburg (the latter to play “Enter Sandman” as the team takes the field) for Beamer’s final home game as the Hokies’ coach against North Carolina on November 21.

Happy trails, Coach. Thanks for your eternal stamp on the Hokie program.

ACC Trivia, Week 10 (answer at the end of the column): Virginia’s Taquan Mizzell is 55 yards away from breaking the 1,000-yard mark in combined yards (446 rushing, 499 receiving). Who was the last Virginia runner to rush for 1,000 yards in a season?

Print that, tweet that, whatever: The Irish have experienced a number of close shaves this year, and this should be another. Look for a late score to decide this one.

Print that, tweet that, whatever: This may come down to how Duke fares against Carolina’s 104th-ranked run defense. Duke has run for 165 yards or greater in seven of eight.

Print that, tweet that, whatever: Louisville would draw one game closer to bowl eligibility with a victory. Bobby Petrino’s troops look to be in good shape on Saturday.

Print that, tweet that, whatever: Boston College’s defense should limit the ‘Pack, but their offense is just far too anemic to predict a victory in this one.

Print that, tweet that, whatever: Virginia’s renewed ability to control the ground game could very well tell the story here. Miami allows 200.4 rushing yards per game.

Doing research on the Clemson/FSU duopoly in the ACC. Thought their 54-3 mark vs. rest of ACC since 2012 was a gem. Here’s a better one.

The last ACC league game between two ranked teams that didn’t involve Clemson or Florida State was Virginia Tech-Virginia in 2011.

Print that, tweet that, whatever: Clemson could clinch a share of the Atlantic with a win. FSU wants a fourth straight title appearance. This one should be an absolute classic.

Trivia answer: I asked earlier: Virginia’s Taquan Mizzell is 55 yards away from breaking the 1,000-yard mark in combined yards (446 rushing, 499 receiving). Who was the last Virginia runner to rush for 1,000 yards in a season?

Kevin Parks accomplished the feat in 2013, toting the ball 227 times for 1,031 yards and 11 touchdowns. Parks became the first UVa back since Alvin Pearman nine years prior to achieve this milestone.

Terrific capsule look at some pretty big games in the conference,and a couple with national significance.On paper,some of these games look easy to predict,but if you know the ACC,throw that thought out.Btw,I knew the trivia answer.I said Parks as soon as I read the question.
Great job again.