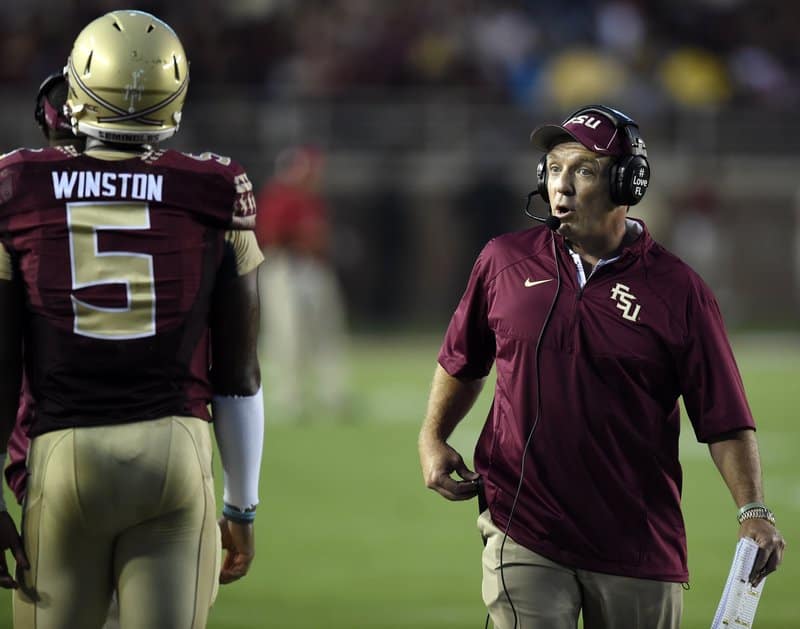 What a completely crazy week in the ACC. Seven conference teams scored greater than 35 points. Virginia and Boston College scored upsets over ranked teams. Interestingly enough for the ‘Hoos, after beating the 21st-ranked team in the nation, they get to go try to do that again this week, though they’ll be two time zones away from the Grounds. Georgia Tech won their game on a touchdown pass. Everyone had that outcome, right?

To be sure, there is one true “marquee” matchup this week among ACC teams, but there are quite a few additional games worth seeing. We’ll get a lot of stamps on the conference passport, as our travels take us to Virginia, Pennsylvania, New York, North Carolina, Massachusetts, Utah, Florida and Nebraska. Also, depending on what happens in Tallahassee, the Seminoles will either be well on the way to yet another conference crown, or we’ll have no idea what the heck will happen before we get to Charlotte. Sounds exciting, no? Crack open a bottle of soda with your name on it (you found one of those this summer, didn’t you?), and get ready for our weekly trivia question.

ACC Trivia, Week 4 (answer at the end of the column): Boston College’s victory over USC last week marked the second consecutive week an unranked ACC team knocked off a top-ten foe, following Virginia Tech’s takedown of Ohio State the previous week. When was the last time two ACC schools defeated two top-ten teams in the same year, and whom did they beat?

Program guide: Does anybody remember when Clemson’s season was sarcastically declared over just a few short weeks ago? It’s funny what a bye week can do. The Tigers rolled FCS stalwart SC State before a bye week, and they are now back in the polls and lining up for the most formidable foe they will face all year. Florida State, meanwhile, caught quite a bit of grief from their fans for not further humiliating The Citadel in their most recent outing.

Florida State has run it up on Clemson in their last two games, and the lack of Tajh Boyd, Sammy Watkins and other weapons has left Clemson fans with reason to worry. However, young wideout Artavis Scott has joined Mike Williams, Charone Peake and the remainder of the Tiger weapons at Cole Stoudt’s disposal to form the nation’s 16th-ranked pass offense (335 yards per game). The Tigers also feature the nation’s second-best pass defense (84 yards per game) and sixth-best total defense (251 yards per game).

Of course, Dabo Swinney’s club hasn’t quite yet faced an athlete under center like Jameis Winston. Complaints about the final against The Citadel taken sarcastically, Winston is “only” 17th in the nation in passing yardage per game, completing 47-of-67 passes for 626 yards and three scores and two picks. Those picks came against Oklahoma State, but they ended up being mostly inconsequential. FSU’s rush game has not been as powerful as we may be used to, though it has not been totally required through the first two games.

(Author’s note:  Florida State has announced since the original publishing of this piece that Jameis Winston would be suspended for the first half of the game for “offensive and vulgar comments”.  Sean Maguire is the next quarterback on the two-deep.  Maguire, a 6’3″, 220-pound redshirt sophomore from Sparta, New Jersey, completed 3-of-5 passes for 28 yards against The Citadel last week.)

We also cannot comment on a Florida State game without mentioning their streak of leading games. Florida State’s sports information department reports that the streak is now up to 631 minutes and 49 seconds, as a Chad Abram touchdown catch tied the ‘Noles with Boston College in Chestnut Hill on September 28, 2013. FSU has led every second of every game since that catch.

Print that, tweet that, whatever: Tough to like this matchup for Clemson. FSU’s hung an average greater than 50 (51.5) on their last 8 ACC foes at home. Ouch.

Print that, tweet that, whatever: Pitt ranks in the top 20 nationally in six major statistical categories. Iowa enjoys just one such statistical ranking.

Print that, tweet that, whatever: This is a pretty evenly-matched game. Vegas agrees, favoring ‘Cuse by just 1. Can the Orange secure some ACC bragging rights at home?

Print that, tweet that, whatever: It seems almost unimaginable to call Duke football a juggernaut, but a repeat trip to Charlotte doesn’t appear to be out of the question.

Print that, tweet that, whatever: If this were hockey, it might be a different game. Maine beat BC 5-1 in Orono last season, but lost 7-2 in Chestnut Hill.

Print that, tweet that, whatever: FIU looked good for a while against Pitt before losing last week. This is a bad time to face an angry Cardinal squad, even in Miami.

Print that, tweet that, whatever: UNC needed some late heroics to take down visiting San Diego State in Chapel Hill last week. ECU is an experienced and talented foe.

Print that, tweet that, whatever: We’ve asked this every week, it seems, but is this the beginning of Mike London’s resurgence at UVa? A win in Provo would go a long way.

Print that, tweet that, whatever: The situation sets up nicely for Dave Clawson’s first win at Wake over an FBS opponent. Watch out for Jeff Monken’s squad, though.

Print that, tweet that, whatever: An unfortunate matchup at an unfortunate time for the Blue Hose. Harold Nichols’ program is making strides, though.

Print that, tweet that, whatever: The game at the top of the ratings gets all the “pub”, but this one should be a fun game to watch. It’ll be like the 1990s again.

Clemson defeated #4 Georgia in Death Valley on September 19, 1981. The victory moved the eventual national champs to 3-0 on the season.

(Author’s note:  There will be no Clear Your Schedules next week.  I will be taking the time to mentally reboot and reconnect, and I cannot suggest enough that you do the same from time to time.  Thank you so, so much for your continued readership, and we’ll catch up in Week 6.)

Another extremely well written assessment of ACC games this weekend.I see the Va.game,Clemson,and Ba.Tech games as being pivotal on tightening up the conference possibilities.With a good first half,Clemson could hold on to beat FSU.If Ga.Tech puts the ball in the air,that could be a big win,and maybe push Tech away from the table,and a Va.win could make this young team viable this year for all opponents left.
In any event,Sat.evening we shall know how the conference may shake out.Great article,as always.