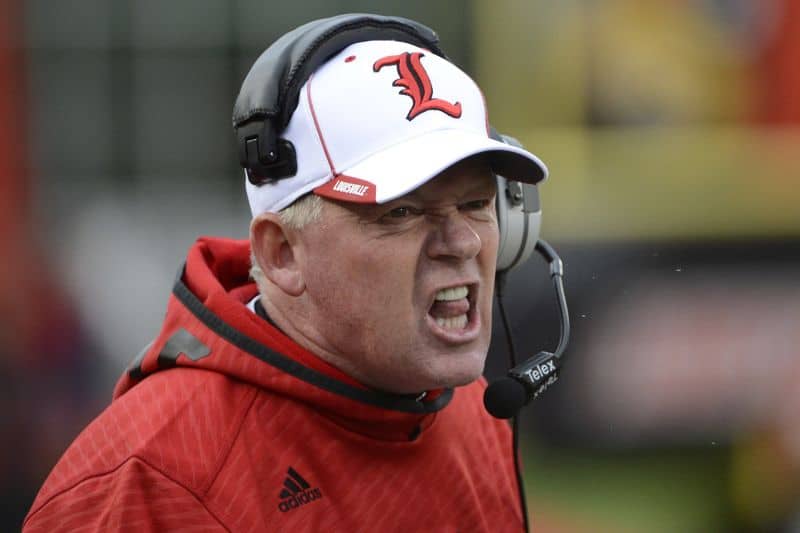 Well, friends, Operation ACC Coastal Chaos is still in full swing.  We have four teams at 2-2 in the conference, with Duke (2-1), Georgia Tech (3-1) and Virginia Tech (1-3) “gumming up the works”, depending on whether you are a fan of one of those teams or rooting for standings wackiness.  To further increase the wackiness, there is a 70 percent chance of snow in Blacksburg for the Boston College-Virginia Tech game.  Nice knowing you, summer and fall.  Of course, there are “teachable moments” in every facet of life, and ACC football is no different.  Without delay, here are our Three Big Things from last week’s action:

There are still miles to go before we sleep (figuratively) in the ACC, but there’s no better place to start that journey than the conference’s third-consecutive nationally-televised Thursday night game.  Before we venture to the Bluegrass State, though, it’s trivia time!

ACC Trivia, Week 10 (answer at the end of the column):  Georgia Tech has an active streak of avoiding shutouts at Bobby Dodd Stadium in Atlanta.  Who was the last team to shut out the Ramblin’ Wreck on their home field, and when did that take place?

Print that, tweet that, whatever:  This game seems to be the chic upset pick.  Huge atmosphere, national stage — is Louisville capable? We’ll find out.

Print that, tweet that, whatever:  Duke had a minor stumble against Miami, but has otherwise looked dominant.  Yes, you read that right.  Duke.  Dominant

Print that, tweet that, whatever:  North Carolina is going to have to hope for a high-scoring game to win this one.  With Miami’s D, don’t count on that.

Print that, tweet that, whatever:  BC becomes bowl-eligible with a win.  Tech would fall to 4-5, and is at Duke next week.

Print that, tweet that, whatever:  If State can’t get a win here or against Wake Forest in two weeks, they may be destined for a second-straight ACC donut.

Print that, tweet that, whatever:  Virginia is done.  So, likely, is Mike London.  Last week’s loss did them in.  I hope I have to retract that.

Trivia answer:  I asked earlier:  Georgia Tech has an active streak of avoiding shutouts at Bobby Dodd Stadium in Atlanta.  Who was the last team to shut out the Ramblin’ Wreck on their home field, and when did that take place?

Tonight’s game with FSU, and Louisville is the best ACC game this weekend. The rest of the schedule are a bunch of mediocre and below average matchups. If FSU loses to an unranked, but solid Louisville team, they will probably drop out of the top 10. FSU’s playoff hopes wil go Bye Bye.