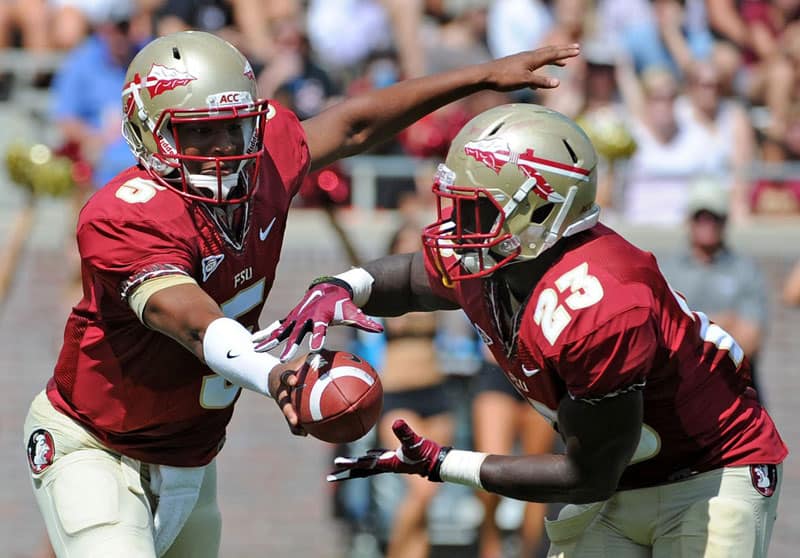 Loyal subjects, so many questions have filled my mind since we last spoke several months ago.

Could I get through an article without making any crab leg jokes? (Of course. Congratulations, Seminole Nation. You earned it. Flags fly forever.)

Would I even remember how to write this article? (Apparently, or you wouldn’t be reading this. Unless Kevin ghost-wrote it, which he didn’t.)

Who would be the first person to call me an idiot in the 2014-15 season? (That already happened. I picked Georgia Tech to “only” beat Wofford 34-10 or so on Twitter, which is why I don’t do prognostications in this space.)

Fear not, football fans, you’ve found the right place — or, you stumbled here by complete accident, in which case, welcome! It’s time for year three of the feature read by some and demanded by none here at FBSchedules, Clear Your Schedule! Dust off your #goacc hashtag and join us for another year of football analysis.

In case you — or more I than you — have forgotten, here’s how we do things. The game(s) of the week end(s) up at the Top of the Ratings, while we take you through the rest of the week’s games and their top storylines in the Keyword Search feature. Also, in those weekends where the SEC and ACC play each other, the analysis for those games will be found in the conference preview of the home team. Finally, in weeks with tons of games — like this one — you may see two-part articles. The “tl;dr” concept applies just as much when writing as it does when reading.

Without further ado, let’s get to it, shall we? Only one thing stands between us and the 2014 season — a trivia question!

ACC Trivia, Week 1, Part 1 (answer at the end of the column): Which ACC team was the only FBS squad not to allow a single-game 100-yard rusher during the 2013 season?

Program guide: Without having seen either of these teams take the field in 2014, it’s fairly tough to diagnose what we don’t know. Let’s focus on what we do know.

Florida State has been installed as a 17.5-point favorite — for entertainment purposes only, of course — by several services, and this looks to be a daunting task for Oklahoma State. This is a tremendous chance for the Cowboys to notch a signature win before facing FCS opponent Missouri State and on-the-rise mid-major UTSA before moving into conference play. The Seminoles, meanwhile, face the option attack of The Citadel next week before a bye week and a visit from Clemson begin the ACC slate.

(Author’s note: Ah, yes…the game that got me called an idiot!)

Trivia answer: I asked earlier: Which ACC team was the only FBS squad not to allow a single-game 100-yard rusher during the 2013 season?

Syracuse did not allow a rusher to crack the 100-yard mark in a single game in 2013. National rushing leader Andre Williams (Boston College) managed just 29 yards on nine carries against the Orange, before leaving with an injury.

Very well written synopsis of upcoming games.While it is hard to project,when teams have not played a down yet,you did really well based on past performances.Great job.