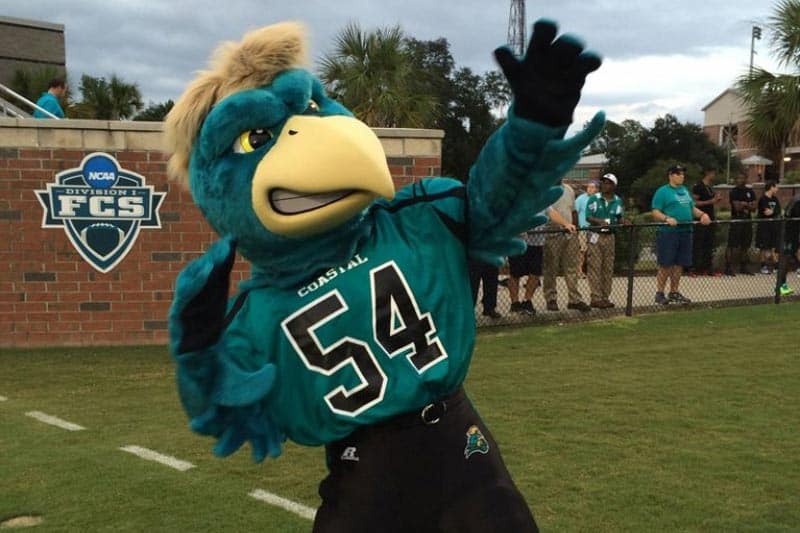 There are 297 feet* of snow in Buffalo, record lows all over America and I’m wearing gloves while filing this from the FBSchedules South Carolina Bureau, but it’s Week 13, football fans! Those of you who read this piece on a regular basis know that I usually take this space to opine on the ACC and SEC, but I promised a special episode, dear readers, and I shall deliver!

We’ll take a look at the three top FCS games to see this weekend — outside of the ones that seemingly every SEC school has scheduled for this week, of course — and unveil a special feature shortly thereafter.  Before we do, it’s trivia time!

Week 13 Trivia (answer at the end of the column):  This Saturday is November 22nd.  Though the day is more famous for other events, which American city was “born” on this day?

Three Big Things, FCS Edition
In lieu of our usual Three Big Things, we take you to three FCS games you need to see this week.  All times are Eastern and rankings courtesy of The Sports Network’s FCS Top 25 poll.

Info guide:  Gameday will be on hand for this one, and both schools could hoist the Ivy League hardware.  Harvard simply needs a victory, while Yale could tie Harvard with a win.  If Princeton loses to Dartmouth, there would be a three-way tie in this scenario, with Dartmouth joining the Bulldogs and Crimson.  Yale has won just twice in the seven previous meetings where they could leave the field with the title.  This will be the 131st edition of The Game, with Yale holding an eight-victory advantage (with eight ties).  The game is sold out.

Info guide:  When looking at the history of Big South champions, you will see these names on that list.  A lot.  The conference did not crown an actual champion until 2002, but these schools’ names appear a total of 12 times on the list of outright or co-champions.  They have shared the regular-season title in three of the four seasons in which an automatic bid to the FCS playoffs, though Liberty has been to the playoffs exactly zero times, due to Coastal holding the tiebreaker in each instance.  The Flames seek a victory over their rival and a first-ever playoff apperance, while the Chanticleers try for a fifth playoff spot since 2006 on the friendly turf of Brooks Stadium.

Info guide:  These schools first played in 1897, and have played over 100 times since.  This game decides the Great Divide Trophy, and probably playoff seeding.  Montana State has just five wins over the homestanding Grizzlies since 1985, though, and the Bobcats own a decided advantage in the Big Sky standings.  MSU could claim at least a share of the title with a victory, and while the Grizzlies could also find their way to the top of the standings, they would need some help in doing so.

And now, after reader Jinzo has mentioned the Mountain West several times in our comments section, I am proud to unveil the first-ever (and probably only-ever) Clear Your Schedule that covers the Mountain West Conference! (all times Eastern and rankings AP)

Print that, tweet that, whatever:  The Aztecs absolutely must limit turnovers to win this game.  QB Quinn Kaehler has 9 picks and has made some ill-advised throws.

Print that, tweet that, whatever:  Considering how Utah State is rolling — even with a 3rd-string QB — it’s hard to see SJSU’s skid ending here.

Print that, tweet that, whatever:  The Rams are still playing for the “non-power-five” spot among the nation’s elite, and look to eclipse the Lobos in this one.

Print that, tweet that, whatever:  It’s never all that easy to win in Laramie, but not much appears to stand in the way of the Broncos going to 9-0 against WYO.

That other player was Colin Kaepernick, who also played at Nevada.  Kaepernick threw for 10,098 yards and rushed for 4112.

Print that, tweet that, whatever:  Nevada’s the hotter team, they’re playing in Reno and they have Cody Fajardo.  That may be too much for Fresno to overcome.

Print that, tweet that, whatever:  UNLV has won twice in 11 trips to Hawai’i.  The Rebels are 0-6 away from Las Vegas this season.

Trivia answer:  I asked earlier:  This Saturday is November 22nd.  Though the day is more famous for other events, which American city was “born” on this day?

Denver was founded on this day in 1858 as Denver City, Kansas Territory.

Thanks for including 1-AA games here……lots of quality individual talent (plus about 35 teams that would beat the bottom 25 1-A teams).

The Yale vs Harvard game should be the best one of them all. lol

Would love to be on hand for the Montana St vs Montana game. It’s going to be a great atmosphere at Washington-Grizzly Stadium – http://www.stadiumjourney.com/stadiums/washington-grizzly-stadium-s999

Did everyone seem to forget about the Pac-12 this week? They have the only 2 matchups between ranked teams his week in USC @ UCLA and Arizona @ Utah.

Very interesting compilation of games.I am obviously hoping for Woodrum to be healthy enough to go for Liberty,and would love to see them win.The Yale-Harvard game should be good,as well,so I will say ,go Yale.Although the Coastal mascot is colorful,I wish Sparky would have been the choice.
Great stuff! Makes me miss the ‘sixer’.