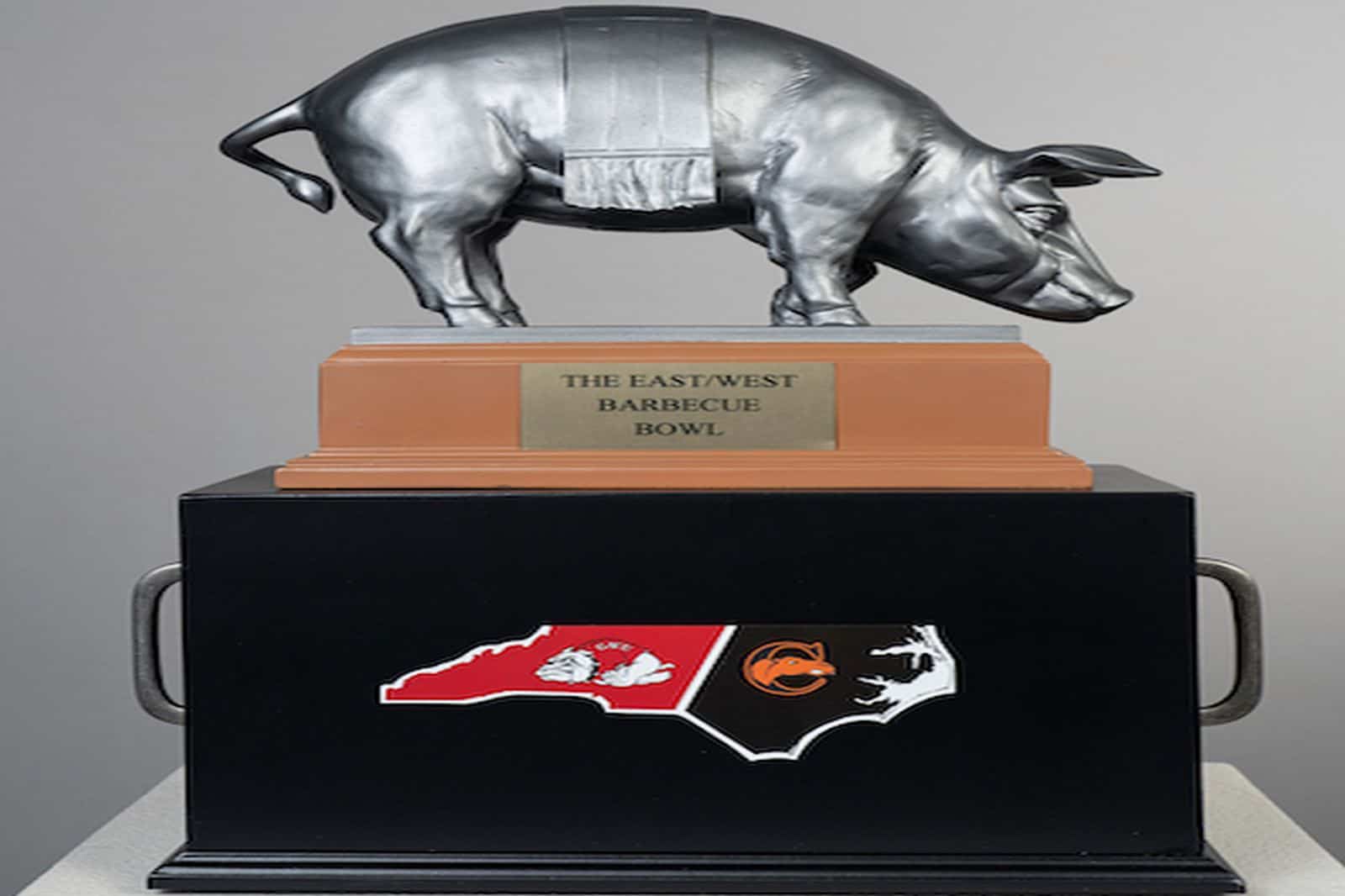 Welcome back, friends, to the show that never ends — except in the case of last week, when it takes a much-needed bye week. The week taught us much of what we already knew, in that we really know nothing.

Alabama and Georgia appear to be elite. Penn State and Iowa might be. Oregon was — and, for that matter, still could be.

Because my head hurts, I’m going to take some questions from you, loyal readers! While you prepare yourself for my answers, I have a question for you!

TRIVIA (answer later in the column): UMass’ Walt Bell has an .048 winning percentage (1-20) as the coach of the Minutemen. Over which team did he get that victory?

Will you be watching UMass v UConn?

YES. I cannot emphasize this enough. I’ll spoil the second half of this piece by saying so, but I don’t care.

Here’s the thing — as a “national” writer, I tend to thrive on chaos. I’m not on an individual beat, so the crazier, the better. When you’re pitching a game at me involving winless teams that — sorry, UMass and UConn fans — probably would be better off in FCS, I’m all-in.

I’ll comment a little more on this a little later in the feature. Great question! Carrying on…

How is Ohio state so good and bad at the same time. How should I mentally deal with that

I’m realistically not sure if this is correlation or causality, but there’s an interesting snippet in C.J. Stroud’s stats. Stroud has attempted 22, 25, and 23 throws, respectively, in OSU’s three victories. He completed 13, 15, and 17 of those tries. In the Oregon game, though, he put the ball in the air a staggering 54 times, connecting on 35. Sure, the Bucks trailed by two touchdowns after three quarters, but those numbers are certainly outliers.

Further, OSU has rushed for fewer than 5.62 yards per carry in one game this year — that Oregon contest.

I still think they’re probably a playoff team, but seeing the Buckeyes 84th in total defense, 98th in pass defense, and 79th in rush defense causes worry. Even as talented as that club undeniably is on offense, it will eventually — as it did against Oregon — find itself in an insurmountable position.

This possibility is garbage, but predictable garbage.

The flow of cash in the P5 realm will always dictate the placement of those schools ahead of the G5 teams. It’s the same junk that leads us to seeing a 17-13 Syracuse team (picking a school out of thin air) in the NCAA tournament over a 25-win “lesser” school.

If a team like Coastal Carolina or SMU — to pick two — finishes the season in playoff contention, put them there. Stop making the reductive, “oh, but their schedule!” argument. They likely won every game put in front of them. If they go to the playoff and get humiliated, what’s really lost? Fans will make fun of them, they’ll fade into the sands of time. Is it any worse than Oklahoma taking four Ls in the playoff?

I think it’s gimmickry, but largely harmless gimmickry. I know why it’s done — it fires up players and certain parts of fan bases. (It also sells merch, but that goes without saying.) Some schools — including some in the SEC — make a big deal out of uniform reveals each week via Twitter.

The real important thing here — and Tennessee’s starting to do this again — is winning games. Oh, and for the record, I like the black jerseys, but can’t imagine how horrendous it would be trying to see orange-on-black from miles away in a press box.

Do an anonymous poll of college coaches to see if they like the idea of “fulltime” referees…so they can get further training during the offseason to elevate their competency.

I obviously can’t do an anonymous poll of college coaches in the 24 hours I have to write this piece, but I’ll say this:  I think coaches would take any officials who are competent and committed to their craft. I’ve seen refs who don a whistle as an avocation that are really good, and guys who draw a regular check for wearing the stripes be terrible, lazy, and out of position in key moments.

That said, officiating — especially quality officiating — is in short supply these days. I’m in South Carolina, and they are advertising ad infinitum for high school refs. They’re even threatening the cancellation of games if they can’t get referees. I’m not sure how you incentivize people to become referees, but it’s time to get creative.

Do preseason and early season polls give some schools an advantage?

Absolutely, and the fact that few people are willing to acknowledge this gigantic elephant in the room only illuminates this advantage. For example, look at the top two schools in the Also Receiving Votes category this week — Clemson and Texas A&M. Would, say, Coastal Carolina and SMU — to bring them back — still be the top two schools receiving votes if they started with the same level of on-field success as their in-state brethren? Nope.

It sounds easy to just suggest that we have a preseason poll that expires with the first kick of the season and we re-rank everybody without any prejudice from that preseason poll starting with that first week. Those polls are then really a stall until we have the playoff rankings, which are largely a useless, made-for-TV event — but I digress.

Why is every team UGA beats all of the sudden overrated the next week?

Clemson:  I think after this game, people were unsure whether Clemson was that offensively inept or Georgia was that good on defense. I think the answer may be both.
UAB:  Many people — myself included — thought a lot of Bill Clark’s Blazer club. They looked to be on the rebound — until, of course, Liberty walked into Protective Stadium for the first game played in the facility and beat the brakes off the Blazers.
South Carolina:  I’m still not yet sold on the Gamecocks, but, to be fair, they do have three wins thus far to eclipse last year’s two. They’ll get at least four, as Vanderbilt still looms.
Vanderbilt: Speaking of the Commodores, they also have a couple of wins. Sure, they came against Colorado State and UConn, but a win’s a win.
Arkansas:  The Razorbacks crashed to Earth with a thud in a shutout loss against the Dawgs, but they, too, have improved by at least one win over last year’s campaign. Sam Pittman seems all but assured of taking his team to a bowl.

That was really fun! Let’s do it again. Tweet your questions to me (@sportsmatters), and we’ll address them during the week!

TRIVIA ANSWER:  I asked earlier:  UMass’ Walt Bell has an .048 winning percentage (1-20) as the coach of the Minutemen. Over which team did he get that victory?

Bell’s Minutemen logged a 37-29 decision over Akron in McGuirk Stadium on September 28, 2019. UMass has dropped 16 in a row since.

Good points about ESPN denying another G5 school a spot in the CFP/NY6, They continue to do their best to erode the FBS to just the SEC and nobody else.

I love the BBQ Bowl Trophy! I’m a foodie though.
I had a hard time figuring out that the 2 schools are on a silhouette of the State of North Carolina. ( You do good Work on a shoe-string Budget, I understand.)

Just Trivia, When I looked @ Campbell University’s Logo & Colors: the Colors & Silhouette of the Camel are the same Colors & resemble the Western Michigan Broncos Logo, IMO a lot.

Because I’m a FB Nerd, I kept staring @ Your trophy Picture till I recognized the Camel Outline.