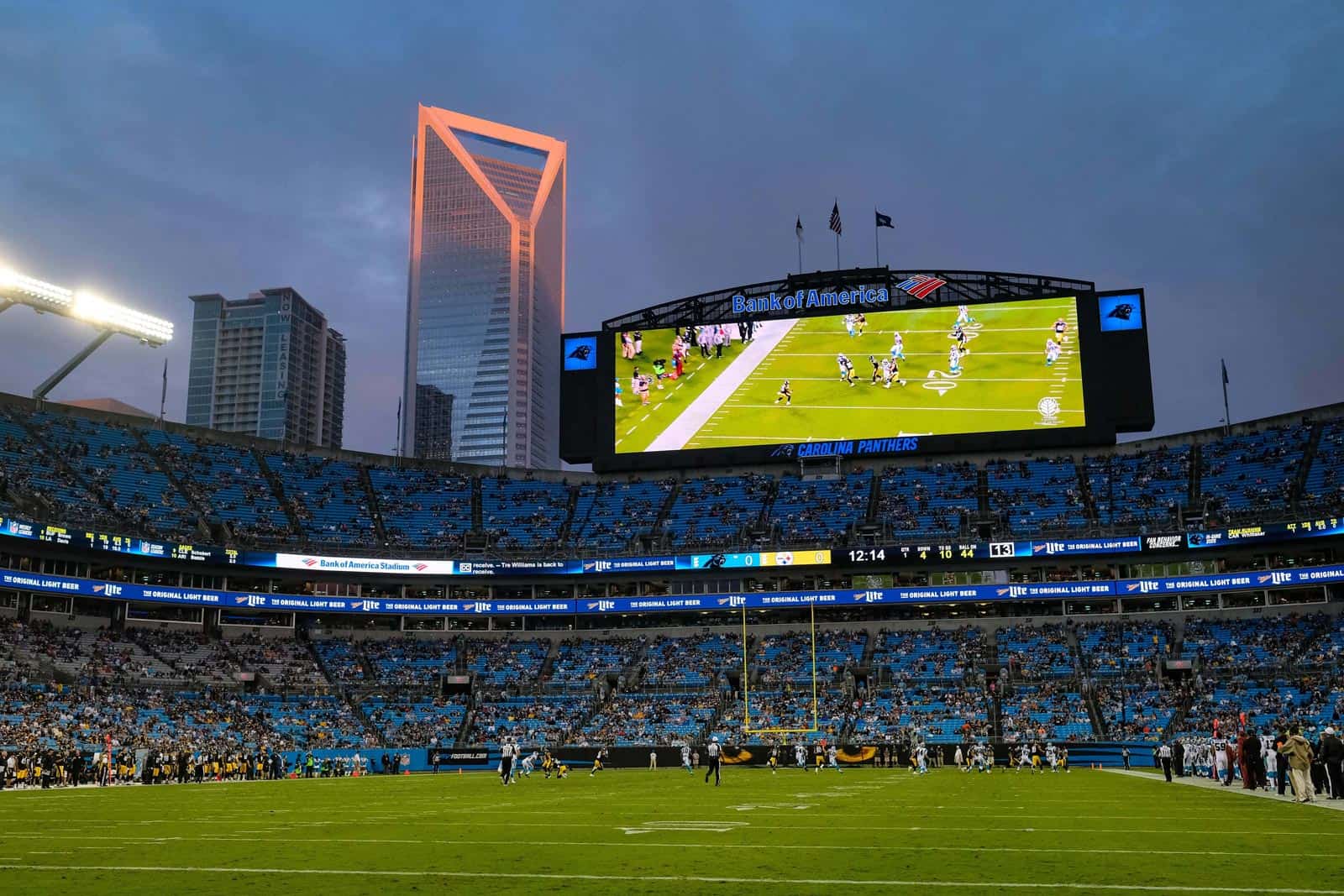 I’m sneaking back in for the tenth season in which we’ve had at least one edition of this humble little feature here on the site — thanks again for that, Kevin, and especially to those of you who loyally read. COVID derailed a large portion of last year — including this feature — but we’re coming back stronger.

When last we saw last season, Alabama and Sam Houston State were hoisting trophies for their accomplishments in the strangest of seasons. The Crimson Tide pummeled Ohio State, 52-24, in a game where North Carolina A&T coach Sam Washington’s commentary on the coach’s view of the game proved to be the real highlight. Five months later, the Bearkats cashed in a 10-yard completion with 16 seconds to play, giving Sam Houston its first national title in school history with a 23-21 result at Toyota Stadium in north Texas.

The Bearkats are now part of the WAC — as are Abilene Christian, Central Arkansas, Dixie State, Eastern Kentucky, Jacksonville State, Lamar, Tarleton State, and Stephen F. Austin. For A&T’s part, it is now in the Big South.

Change is afoot here in this space, too. We’ve gone through several changes over the years in how this feature is presented, and we’ll do the same this year. We’ll try to highlight matchups from each FBS and FCS league, and set you up for a weekend of sitting on your favorite recliner or couch with a beverage of choice and getting back to what we love and have missed.

Before we traverse into the week’s festivities, we owe you the one thing for which absolutely no one clamors — a trivia question!

All lines from Caesars Sportsbook, except where otherwise specified. All times Eastern. All games Saturday or Sunday considered for selection.

AAC
What I’m watching:  Marshall at Navy (+2.5), 3:30pm Saturday, CBSSN
Guide:  Last year’s edition of the Herd finished 7-3 (4-1 CUSA), but had won 7-of-8 before succumbing to UAB in the league title game and Buffalo in the Camellia Bowl. Doc Holliday rode off into the sunset following the campaign, making way for 38-year-old head coach Charles Huff. Huff, the former associate head coach/running backs at Alabama, brings in a new style to a club that 17-of-24 media members predicted to again win the East.

Navy, conversely, closed last year’s campaign with a 3-7 slate (3-4 AAC). The Midshipmen lost their final five contests, scoring just 13 combined points in a three-game closing stretch that culminated in a season-ending shutout in the Army-Navy Game. The Mids were selected by league media to finish tied for eighth, ahead of just Temple and South Florida. Still, this would represent a “name-brand” (for want of a better term) win for the Herd if they can secure it.

ACC
What I’m watching: Syracuse at Ohio (+1.5), 7:00pm Saturday, CBSSN
Guide:  I know, I know, Clemson/Georgia, Alabama/Miami, and the like. This game, though, presents a significant amount of intrigue. It also presents an interesting possibility of an ACC club getting picked off on the road against a really good team.

The Bobcats finished last year 2-1, getting in just three games before COVID decimated their season. Frank Solich stepped away to close a stellar career, but continuity should be no problem. Long-time offensive coordinator Tim Albin takes the reins of a team returning quite a bit of firepower. The Bobcats were selected to finish second in the East Division of the MAC, behind Kent State.

Big Ten
What I’m watching:  West Virginia at Maryland (+3), 3:30pm Saturday, ESPN
Guide:  The 200 miles between Morgantown and College Park get bridged again this weekend for the first time since 2015. West Virginia makes the trip not having won a road game since claiming a result at TCU to close the 2019 season. The Mountaineers hold the recent edge in the series, having won 9 of the last 10 — though, again, it is important to remember that the most recent outing took place in 2015.

More of this rivalry, though we don’t truly know what we have from both teams yet? Yes, please.

Conference USA
What I’m watching:  Marshall/Navy (see above), UTSA at Illinois (1-0, 1-0 Big Ten) (-5.5), 7:30pm Saturday, BTN
Guide:  The Illini got shut out in the fourth quarter of a season-opening victory over Nebraska, but still somehow held it together. Illinois attempted just 19 throws — completing 15 — in the tilt, while rushing for nearly 170 yards.

The Roadrunners weathered a three-game losing streak last season, finishing a successful first campaign for Jeff Traylor with an outing against Louisiana in the First Responder Bowl. UTSA fell in that game, but a new era of football is clearly underway in San Antonio.

Can Illinois bounce back after a short week? Will UTSA’s momentum continue?

Independents
What I’m watching:  #9 Notre Dame at Florida State (+7.5), 7:30pm Sunday, ABC
Guide:  This one doesn’t really need a lot of explanation, even though it doesn’t have the juice it might have brought early in the last decade. The 2020 edition of the Seminoles finished with their worst record in 45 years (3-6, 2-6 ACC), and much of the value — at least early on – will be from morbid curiosity to see how different Mike Norvell’s charges will look in season two of his tenure.

Mid-American
What I’m watching:  I think I’ll stick with Syracuse/Ohio (above), but Northern Illinois (+18) at Georgia Tech (7:30pm Saturday, ACCN) holds some weird interest to me. The Huskies took a doughnut last season, which is quite uncharacteristic for NIU of late. Tech has some building to do on last year’s 3-7 campaign (3-6 ACC) in Geoff Collins’ now-third year in Atlanta.

Mountain West
What I’m watching:  #12 (FCS) Montana State at Wyoming (-18 – National Football Post), 4:00pm Saturday, Facebook
Guide:  “Why, Brian?,” you’re asking. Simple. The Bobcats are a top-15 team among FCS squads, and are routinely a tough out at that level. Here’s the really interesting part, though — new Montana State coach Brent Vigen will coach his first game in Laramie — and he’ll do it against his former boss and team. Vigen was the associate head coach and offensive coordinator for the Cowboys before heading to Bozeman to take over for Jeff Choate.

Pac-12
What I’m watching:  #16 LSU (-3) at UCLA (1-0), 8:30pm Saturday, FOX
Guide:  The Bruins pummeled Hawaii to start the season, jumping out to a 24-3 advantage they would never venture close to relinquishing. They’ll get a step up in competition Saturday night, as the Bayou Bengals trek west. The Tigers put up a pedestrian 5-5 2020 campaign, and we’ll get a glimpse at sophomore quarterback Max Johnson, who will take the snaps for LSU. UCLA would do well to step up the pressure on him early and often.

If you want another interesting storyline, take a quick glance at East Tennessee State (+21.5 from USA Today) at Vanderbilt (8:00pm Saturday, ESPN+). We’ll see if the Commodores come out with a different look under Clark Lea. There’s really nowhere to go but up, so if they have a big Saturday night, there should be some buzz on West End.

Guide:  Steve Sarkisian’s first game in burnt orange comes with Sam Ehlinger off to the pros and Billy Napier’s pesky Ragin’ Cajuns on the opposite sideline. Redshirt freshman Hudson Card will take the first snap for the Longhorns, but super-athletic Casey Thompson lurks nearby on the depth chart. The new quarterback will have a host of new receivers to whom to throw, but big-hitter running backs Bijan Robinson and Roschon Johnson return. Louisiana’s ability to slow down receivers at the line of scrimmage and execute edge contain will go a long way in determining this one.

And now, for what I’m watching from each FCS league:

The International Olympic Committee awarded Tokyo the right to host the 2020 Summer Olympics. That decision, made on September 7, 2013, set in motion the recently-completed games.

So, how is this format? Thoughts? Comments? Want my CashApp/Venmo? (kidding) I’d love your feedback!