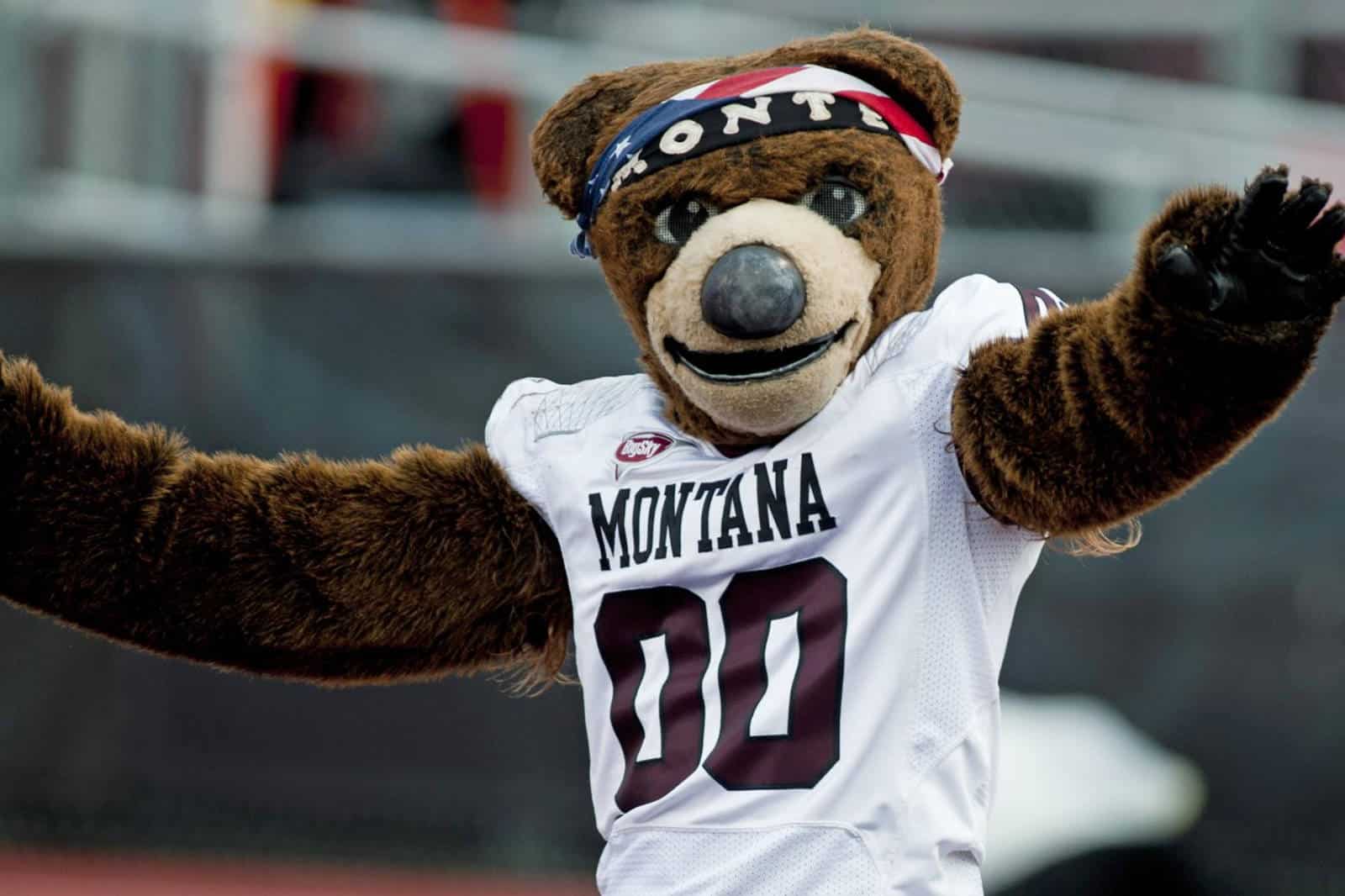 Here we are, in the penultimate week (in honor of good friend Jaden) of the 2019 college football season. We still have a number of unanswered questions, with many centering around the increasingly worthless (sorry, if you’re a fan of a player in consideration for it) Heisman, the equally worthless (until the final version, anyway) College Football Playoff standings, and the participants in a number of conference championships.

We’ll do here as we do every week, taking a spin through three of the more under-the-radar games on the FBS and FCS landscapes, give you a recap of the three games we watched last week, and ask you a trivia question.

Ladies and gentlemen, to trivia!

Aaron Winchester threw few passes for CCSU on a cold and windy day, but what he did throw, he made count (8-for-14, 111 yards, TD). Running back Danley Exilhomme logged 26 totes for 185 yards, while Winchester contributed 106 rushing yards and a mind-blowing four touchdowns. Enyce Walker made CCSU’s other trip to the paint on the ground, carrying 10 times for 92 yards. Tyshaun James had the lone receiving touchdown for Central, hauling in three passes for 68 yards.

Northwestern 45, UMass 6:  If you took Northwestern minus the 40.5, ouch. The Wildcats registered their highest single-game points total in two seasons, but were unable to cover the lofty Vegas line.

Wildcat running back Evan Hull went nuts for his side, carrying 24 times for 220 yards and four scores. Aidan Smith completed just seven passes (on 13 attempts) for Northwestern. Incredibly, they all went to the same receiver, Riley Lees. That proved to be virtually all Pat Fitzgerald’s side would need.

If you think this is bad, by the way, it can get worse. BYU is a six-touchdown favorite against the Minutemen to close out the season.

Ohio State 56, Rutgers 21:  Another game, another huge line that misses. This one wasn’t as close, though, as the Buckeyes fell well short of the 52-point line put down before the game. Something tells me they’ll survive, though.

The Buckeyes tuned up for season finales against Penn State and Michigan by throttling the hapless Scarlet Knights, rolling up 31 first downs and nearly 600 yards of total offense in the process. J.K. Dobbins notched 17 carries for 89 yards and two scores, while Justin Fields hit on 15-of-19 throws for 305 yards and four scores before receiving a well-deserved breather. Backup Chris Chugunov threw for more touchdowns (two) than did Rutgers starter Johnny Langan (one).

Again, the focus for Ohio State will be much more on the final two games than this one. The Buckeyes did what they needed to do, however.

Everything looked set in the Big Sky. Weber State was rolling toward a conference title and the league’s automatic bid to the FCS playoffs. Then, Montana got in the way.

The Grizzlies thumped the Wildcats, 35-16, in Missoula last weekend, behind Dalton Sneed’s 17-for-25, 265-yard passing performance. So now, just one thing stands in the way of the Griz winning their 19th title. That thing is no small obstacle, either — it is the battle for the Great Divide Trophy.

Both sides feature proficient, top-30 offenses among FCS clubs. The Grizzlies are 13th-best in the circuit, tallying just shy of 459 yards per game and 54 offensive touchdowns. The Bobcats are not far off the pace, just 15 spots off that pace at 431 yards per game and 47 scores. Montana’s Marcus Knight has made 18 trips to the paint on 853 rushing yards, while Sneed’s 208-for-311, 2525-yard passing performance guide the Griz through the air. Sneed has found the end zone 19 times, versus just eight picks. Montana’s top two receivers, Samari Toure and Samuel Akem, have tallied exactly 1900 of those yards and 15 of the 19 scores.

Montana State’s middle-of-the-road pass defense will be heavily tested against its rival, and it will need to better its 242.6-yards-per-game average in containing Sneed. The Bobcats cough up just shy of 127 rushing yards per game, seemingly proving the team capable — on paper, at the least — of containing Knight on the ground.

The Bobcats have won three straight in the Brawl of the Wild, and with this one in Bozeman, it would not be terribly surprising to see MSU win a fourth. However, with Montana battling for a league title and bringing likely the three best offensive weapons on the field, the challenge is a tall one. This game is always a classic, and this year should be no exception.

This is, equaled only perhaps by the first game in program history, the biggest game in Charlotte football history. The 49ers stand one win away from the first bowl trip ever earned by the school, and they do so in coach Will Healy’s first year at the helm. Saturday’s tilt with the Thundering Herd is the home finale, and the university has been spreading the word at basketball games, outside the school’s Student Union, and pretty much everywhere else it can do so.

The fact that Jerry Richardson Stadium will play host to the contest could be a positive omen for the 49ers. Charlotte has won four of the five games it has played on its home turf this season, with two of those comprising 67 percent of the club’s current three-game win streak. 49er quarterback Chris Reynolds has been particularly solid during the string, connecting on 62-of-88 throws for 882 yards and six scores against just one pick. He’ll need to keep up that success against a tough Marshall pass defense. The Herd have surrendered just 297 passing yards in wins against Rice and Louisiana Tech over the last two weeks, and have seen aerial foes crack the 200-yard mark just twice in their five-game win streak.

This game may come down to a late field goal, and the sides have two of the best kickers in the league. Marshall’s Justin Rohrwasser has knocked through 14-of-16 tries on the year, while Charlotte’s Jonathan Cruz equals that percentage — albeit on half the attempts — with seven makes on eight attempts.

Charlotte stands a reasonably solid chance of making a bowl next week at Old Dominion if it cannot pull the feat this week, but the chance to do so on its own campus represents a gigantic step in the program’s evolution. Should it manage to do so, knocking off a seven-win Marshall team that is tied atop the Conference USA East and has already snagged one of the league’s bowl bids would be quite the accomplishment.

This game — on one side, at least — has pretty simple implications. If you’re Boise, win, and claim the Mountain Division of the Mountain West, then face off with either San Diego State or Hawaii for a conference crown.

If Boise doesn’t win, though…

There still exists the possibility of a three-way tie between Boise, Utah State, and Air Force. Boise would then break the tie with a win over Air Force. In the (highly) unlikely event that Air Force loses at New Mexico, we would have a cleaner tie, but Utah State would take the title with a head-to-head win.

Confused yet? You should be.

The good thing for Boise is that it has three capable quarterbacks. The bad thing for Boise is — yes — that it has three capable quarterbacks. Jaylon Henderson, the Broncos’ third quarterback, went 15-for-28 for 292 yards and three scores against one pick last week, in a performance that earned him Mountain West Offensive Player of the Week plaudits. The problem with that is that the performance came against New Mexico.

Still, the performance had to quiet a lot of coach Bryan Harsin’s concerns about who would helm the offense when called upon. Freshman Hank Bachmeier is listed as the starter on this week’s two-deep, with redshirt sophomore Chase Cord behind him and Henderson third. Bachmeier has hit on 63.4 percent of his tries for 1,760 yards and nine touchdowns with four picks, but has missed three games with shoulder troubles.

Utah State’s Jordan Love is also listed atop his team’s two-deep, though he, too, has battled injury concerns. Love ranks third among Mountain West signal-callers in averaging 268.4 passing yards per tilt. Turnovers have been Love’s most significant bugaboo — he’s thrown 14 rips — but he has still accounted for 315 yards or greater of total offense in his team’s last three contests. He’s eclipsed the 400-yard mark in two of those games.

With weather not expected to be a factor, as it can be in Utah at this time of year — the forecast calls for near-freezing temperatures and clear skies — this may come down to which side can better contain the other’s run game. Boise State rushes for nearly 30 more yards per game than does Utah State, and has eclipsed the 200-yard mark in three of its last five contests. Utah State set its season-high five games ago in rushing for 244 yards against Nevada, but has yet to eclipse 137 yards on the ground in a game since.

Montana and Montana State did not play in 1905-07 because of Montana State’s disbanding of the program shortly after a 79-0 loss to Montana in 1904. The 1911 game was not played because of the death of Montana State player Charles Lange. 1915’s tilt was not contested because, as the Bozeman Daily Chronicle states, Montana State “refused” to play Montana, as the Griz had battled Syracuse to a 6-6 tie in Missoula. The series was resumed in 1916.

Awesome! As an Aggie fan who goes to MSU, this is gonna be a great week of football.