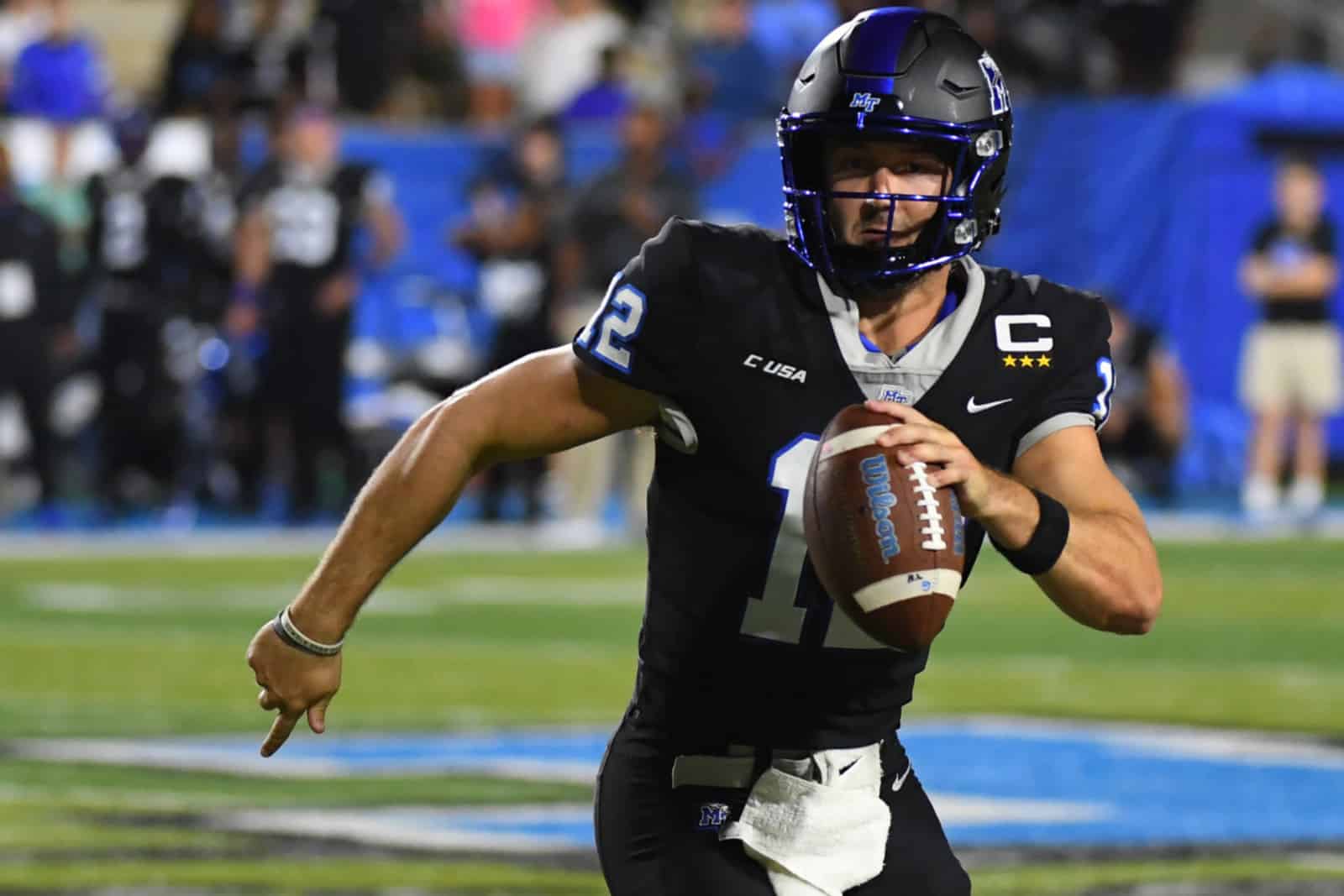 Another week, another hurricane.

Michael has chugged through the southeast over the last few days, leaving destruction in its wake in this area we on this site so love. To those in the path of the storm, our love and prayers are with you, as always.

On to football, because we need a diversion. We’re doing things a bit differently here in this space this week, and we’ll tell you more about that in a minute. First, here are the results from the games we featured here last week:

We’ve decided to go with a somewhat different method of selecting games this week. We’re turning over the keys to the column to you, on both the written and recorded sides! You’ll see the three games you chose in print further down in this piece, but before you do, click the play button on this window just below the text, and listen to the two games I chose and the one — plus a small bonus! — you chose.

What You Selected (all times Eastern and rankings AP)

Ask and ye shall receive, JT!

Come out and pla-ay:  The Rainbow Warriors are off to a relatively historic start. Hawaii has won six of its first seven games just four times in 38 seasons, counting this year. Just one of those prior seasons (1992) resulted in a bowl appearance for the school. That season yielded a 27-17 victory over Illinois in the Holiday Bowl. A win here — or any win before the end of the year — would make Nick Rolovich’s club eligible for its fourth bowl in 10 years. The last bowl appearance by the school came in 2016, a year in which it was 6-7 during the regular season and defeated a school you’ll see mentioned later in this feature in the Hawaii Bowl.

Flip it and reverse it:  If BYU’s victory at Wisconsin was the high point of the Cougars’ season, losses in their last two games would have to represent the low point. BYU has been outscored 80-27 in losses at Washington and at home against Utah State, surrendering 852 yards and posting a minus-three turnover margin. The Cougars will try to right the ship against a Rainbow Warrior club that averages over 468 yards of offense per game and has scored 42 points or greater in five of its six victories. The advantage for BYU, however, is on the other side of the ball, as the Warriors have allowed 21 points or greater in all but one game. Hawaii ranks 89th overall in total defense.

The most golden of arches:  Hawaii quarterback Cole McDonald has thrown for 24 scores this year against just two interceptions. Exactly one quarterback — Ohio State’s Dwayne Haskins — has more touchdown passes than does McDonald. Only Washington State’s Gardner Minshew has thrown for more yards than McDonald’s 2100. In each game McDonald has played — he missed last week — he has thrown at least 32 passes and completed at least 20. BYU’s pass defense ranks 37th, having allowed 20 or more completions just twice in six outings, and surrendering no greater than 277 yards in any contest. This should be quite the interesting contrast.

Print that, tweet that, whatever:  BYU plays better in Provo. I’m not at all sure they’re two touchdowns better — especially against Hawaii — but there’s a reason we don’t pay attention to point spreads all that much.

How did I know Harrison was going with the Blue Raiders here? No complaints, though!

Stoc-10kstill:  Middle Tennessee quarterback Brent Stockstill last week against Marshall became the first Middle Tennessee quarterback ever to throw for 10,000 yards in a career, completing 25-of-40 throws for 317 yards and bringing his career total to 10,250. Stockstill is one of just four C-USA quarterbacks to throw for double-digit touchdowns this season, and finds himself 13 shy of throwing 100 for his career. The fifth-year senior’s two lowest passing outputs this season have come at SEC schools Vanderbilt and Georgia; in the other three contests, he has completed 25 or more passes and totaled 259 or greater yards. Stockstill’s 28 straight games with a touchdown pass trail only Penn State’s Trace McSorley (33) among active FBS passer scoring streaks.

In the red:  FIU has scored on all but three of its 17 possessions in the red zone this season, after their nation-best 40 scores on 41 tries last season. This is unwelcome news to the Blue Raiders, who have allowed foes to reach the paint on 16 of 17 tries (15 TDs, 1 FG) this year. This puts Middle in a tie for 115th among FBS clubs. Marshall made good on all four tries against Middle last week, adding a field goal to its three touchdowns.

Here’s the kicker:  Both teams have displayed a reticence to kick field goals as part of their scoring. Both kickers have hit three field goals (FIU’s Jose Borregales on four tries, Middle’s Crews Holt on six), tying the Blue Raiders and Panthers with UAB and Western Kentucky for the fewest field goals in Conference USA. Borregales, also the Panthers’ punter, leads the league in punting, averaging 45.2 yards per kick on 21 punts. Middle’s Matt Bonadies is close behind, averaging 43.3 yards per attempt on 25 boots.

Print that, tweet that, whatever:  Harrison’s right – this one very easily could decide the East in Conference USA. Middle has won 4 of the 5 contests between the two as C-USA combatants.

Rutgers v Maryland — the most irrelevant game in CFB history

Oh, man.  This game is why this limited edition item is being released, isn’t it?

Penultimate performance:  Anyone who regularly reads this space knows our love of breaking down third down. Both of these teams seem to actually break down on third down, with Maryland 111th-best in the land on third (33.9 percent) and Rutgers 119th (32.2 percent). To its credit, Maryland is at least middle-of-the-road in third-down defense, allowing 36 percent of foes to move the sticks (54th-best in FBS). Rutgers, however, is only slightly more successful at stopping conversions as it is at recording them. The Scarlet Knights rank 117th in this stat, allowing just shy of 45 percent of opponents to make good on the down.

(Nearly) first to worst:  Maryland is plus-one in turnover margin on the year, making the Terps a top-15 club nationally in that statistic. Only Illinois performs better (plus-1.6) among Big Ten teams. Conversely, Rutgers is last among Big Ten teams, finding itself at minus-1.5 turnovers per contest. Three teams (Louisville, Connecticut, and North Carolina) have worse turnover margins among FBS teams.

You shall not pass:  This game features the two Big Ten passers with the lowest yardage output per game. Rutgers’ Artur Sitkowski has thrown for just 750 yards this season (125 per game), while Maryland’s Kasim Hill has thrown for 578 (115.6). Both passers have thrown for just three touchdowns apiece, while Sitkowski’s 11 interceptions are the highest among Big Ten quarterbacks. Both teams surrender just north of 200 passing yards per game, so this should make for quite the challenge on both sides.

Print that, tweet that, whatever:  Rutgers is just 7-23 over its last 30 games. Even with Maryland’s struggles — though they did beat Texas — it’s hard to see a path to an eighth win here.

We’ll see you back here next week in this same space for another look at six more pivotal games across the FBS and FCS landscapes. Let’s hope we can avoid any further hurricanes in the interim.