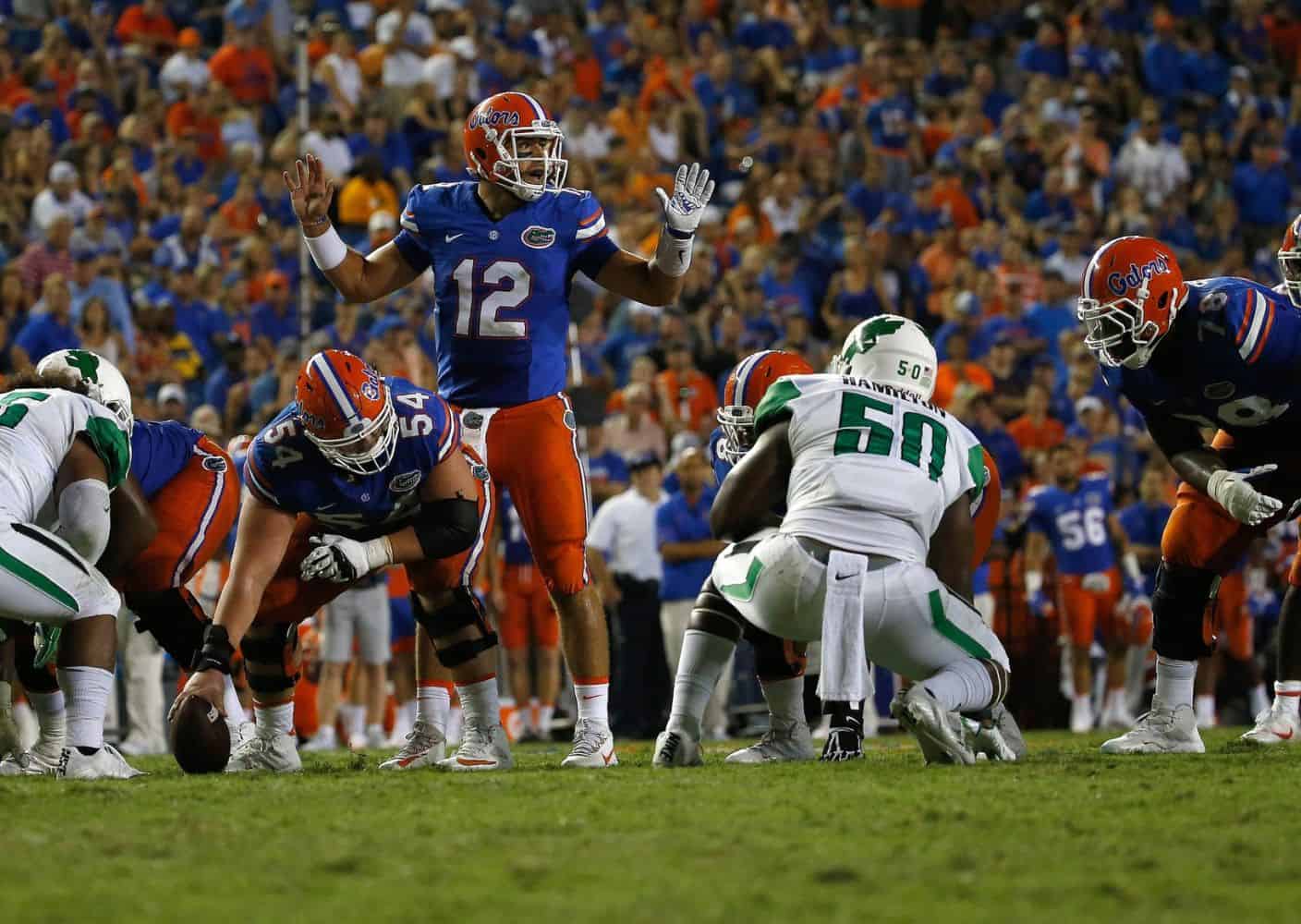 We have an interesting slate of games this week, including our first totally non-P5 game of the year! You can test your skill by picking the six games this week at this link.

Without further ado, let’s get on to this week’s games…right after we ask our trivia question!

Trivia, Week 4 (answer at the end of the column): Who was the last Tennessee quarterback to defeat Florida?

Print that, tweet that, whatever: The last seven games between these two were decided by an average of fewer than five points. Look for that trend to continue Saturday.

Print that, tweet that, whatever: Butch Jones has been lauded for his rebuilding job at Tennessee, but he has to beat Florida eventually to keep it going, doesn’t he?

Print that, tweet that, whatever: Georgia Southern’s plans A, B and C involve running the ball. Can WMU’s 11th-ranked rush defense (77.33 ypg) stop them?

Print that, tweet that, whatever: Oklahoma State needed a late stop to hold off Pitt last week. They’ll need the same — or more — to turn away the Bears.

Print that, tweet that, whatever: Stanford’s average margin of victory in their eight-game streak against UCLA is 18.2 points. This one should be much, much closer.

Print that, tweet that, whatever: A&M has four straight wins against Arkansas, but Bret Bielema’s club has won nine of its last ten games. This one should be outstanding.

Trivia answer: We asked earlier: Who was the last Tennessee quarterback to defeat Florida?

Erik Ainge completed 16-of-24 passes for 192 yards, notching three touchdowns and a pick in a 30-28 victory over Floriday on September 18, 2004. Former Volunteer James Wilhoit missed the extra point that would have tied the game following an Ainge-to-Jayson Swain touchdown with 3:25 remaining, then drained a 50-yarder with six seconds remaining to win the game.

Georgia Southern at Western Michigan is a fascinating game. One team on the rise (Western) and another (GA Southern) that has been playing at a high level at its level of football for years.

It would be interesting if W.Michigan lost this one after going 3-0 & beating 2 BIG teams.

Georgia Southern is the underdog in this one but should come away with the win. GS has the more talented team but they haven’t played up to their potential so that’s concerning. I think the Eagles clean up the penalties and break open a few big plays, GS 35 WM 31.